One of the most influential artists to grace the scene during the height of Paris’ bohemian era was Henri de Toulouse-Lautrec. As a painter, printmaker, draughtsman and illustrator, Toulouse-Lautrec’s style varied considerably during the course his career, and therefore his work is a fascinating insight into his life and the hedonistic era of art, drugs, love and sex that he lived through. Read on to discover more about his life and art.

Although his life was short (he died aged 36) his career was long and fulfilling. He started drawing around the age of 8, after moving from Albi, in the Midi-Pyrenées region, to Paris to live with his mother. Not long after he and his family discovered that it was in art where his talent lay. These early drawings can be found in the Musée Toulouse-Lautrec in his city of birth, Albi. 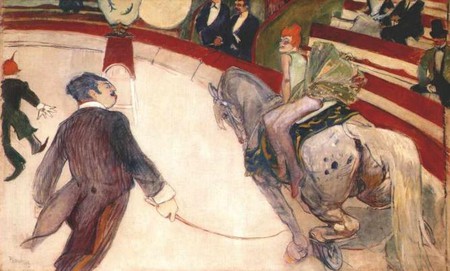 Equestrienne (at the Cirque Fernando) | © Petrusbarbygere/WikiCommons

Toulouse-Lautrec began suffering from a genetic disability when he was 11 and moved back to southern France in order to improve his health and development, although this wasn’t entirely successful. By 14 he had broken both thigh bones, restricting his growth and mobility. Without the physical ability to do many things other men his age could do, he immersed himself in his art. Some of the drawings he began during his twenties can be found at The Art Institute of Chicago.

Thanks to the influence of his powerful family, Toulouse-Lautrec was able to move to Paris to study under the acclaimed painter Léon Bonnat. He studied in Montmartre, the heart of bohemian Paris and home to many of the most influential artists, philosophers and writers of the time. Here Toulouse-Lautrec met many artists, friends and contemporaries, including Vincent van Gogh, with whom he later exhibited in Paris.While living in Paris, Toulouse-Lautrec was often mocked for his appearance. This victimisation pushed him towards alcohol abuse. Toulouse-Lautrec would frequently use the services of sex-workers and prostitutes. These women became the subjects and inspiration of much of his art, painting many of them in their places of work. Many of the pieces of art he created during his time in Montmartre can be found at the Museum of Modern Art in New York City. 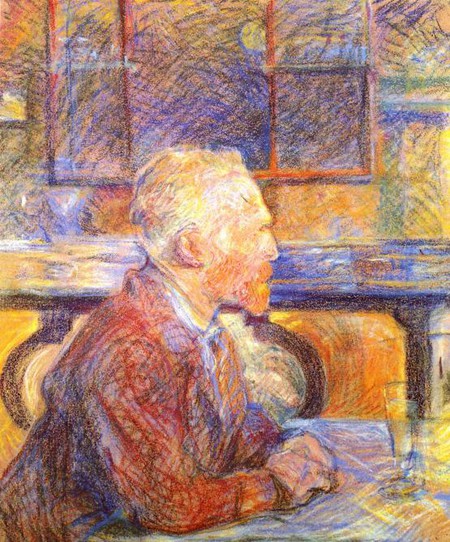 Arguably Toulouse-Lautrec’s most well known works were his prints. As a well-known bohemian artist, he was often commissioned to create posters, usually as advertisements. Moulin Rouge: La Goulue (1891) was the first work he created using the medium of lithography, and is possibly his most recognisable piece. Around 3,000 copies of this poster were produced and pasted around Paris to promote the new dance hall. Surviving examples can be found at the Indianapolis Museum of Art. 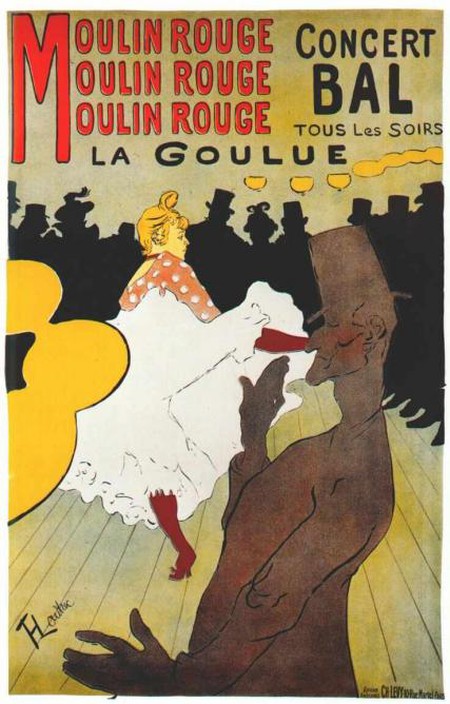 In 1899, two years before his death, Toulouse-Lautrec’s health began to rapidly decline due to the effects of alcoholism. He was admitted to a sanatorium in Neuilly where he drew 39 circus portraits during his three-month stay. Many of these works are displayed in the Metropolitan Museam of Art in New York City.

After his death in 1901, caused by both alcoholism and syphilis, which he reportedly contracted from a prostitute who was the subject of many of his works, Toulouse-Lautrec was considered one of the best-known painters of the post-impressionist period. As such, many of his works are presented at the famous Musée d’Orsay in Paris, along with artists such as Monet, Van Gogh and Rousseau. 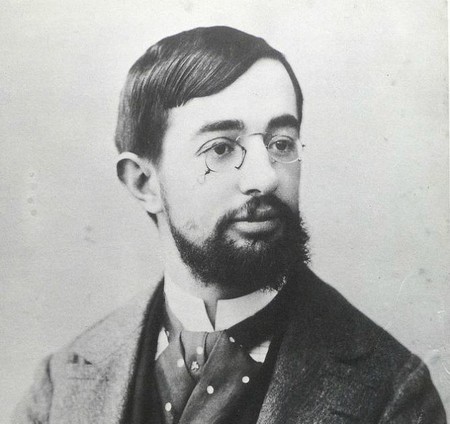