The Best Places to Play Pétanque in Paris

Pétanque: the game that unites pensioners in Provence and hipsters in Paris. There are quiet corners and dedicated terrains all over the capital where you can play if the weather gods allow it, and specialist bars where you can escape the rain during the nine months a year when they typically have their knickers in a twist.

Of all of Paris’ parks, the Jardin du Luxembourg arguably has the most going on. In addition to a dedicated pétanque ground, which is ranked among locals as the best in the capital, it also has chess tables, tennis courts, a boating pond, pony rides, playgrounds, a puppet theater, a photo gallery, and dozens of impressive sculptures. Despite its popularity, especially in good weather, there’s enough room for everyone to get a game. 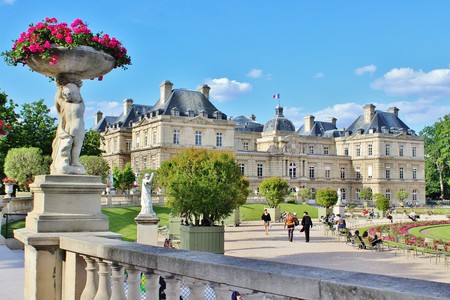 Opened in January 2015, Chez Bouboule is one of the few establishments in Paris where you can play inside, which is to say regardless of how miserable the weather is outside. The owner, Alexis Robert, named the place after his grandfather, or his grandfather’s nickname, to be exact, a dentist and avid pétanque player in his spare time. Chez Bouboule now has three locations in central Paris, though each of them retains the laid back, friends-out-for-some-fun vibe that has made it so popular with the city’s hipster population. 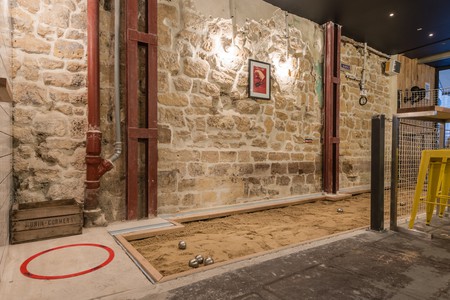 The beautifully manicured gardens of the Palais-Royal are stunning surrounds in which to indulge in the local pastime. The buildings of the palace have a history stretching back to the 17th century and the most recent addition to the site is Daniel Buren’s art installation, Les Deux Plateaux, which was added in 1986. The gardens contain two long rows of trees on either side of the central lawns, fountains, and sculptures and it’s in the gravelly space between them that most people play. 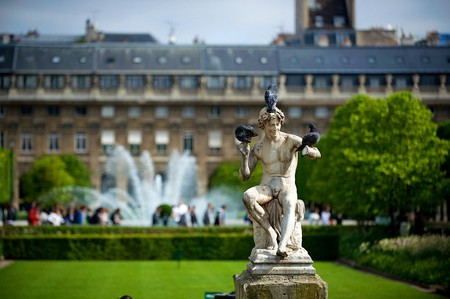 Open every Thursday and Friday during the summer, Les Apéros de La Pétanque does just what it says on the tin (sign above the door). Especially popular with the after work crowd, it’s the place to go for a casual game, drink in hand, live DJs, and some barbecue treats. The prices are reasonable at €6 for a pint of Kronenberg and €17 for a bottle of white or rosé wine. Obviously, the Provençal specialty Ricard is the drink of choice. The nearby Bois de Vincennes is also filled with suitable spots to play.

Open Thursday and Friday, 6pm to 1am. 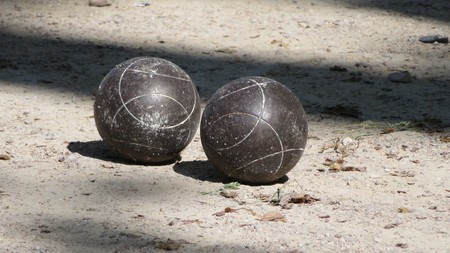 Paris’ newest park, opened in April 2017 after 15 years of campaigning on the part of the local government, is the Parc Rives de Seine. The urban oasis stretches to 10 hectares on the Left and Right Banks of the river and is kitted out with numerous sporting facilities, chief among them pétanque terrains. The park will also soon have a fair trade coffee shop, an organic and ethical goods gift shop, two restaurants, and a cooking school.

Open all day, every day. 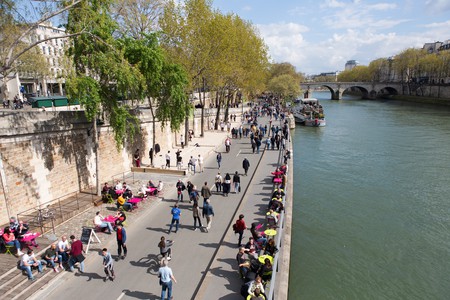 BarOurcq is situated on the eastern side of the Bassin de la Villette, one of the chillest spots in Paris. The bar is only open from Wednesday to Sunday during the spring and summer but it sets itself apart from other similar establishments by allowing patrons to play for free. You can grab some refreshments and light snacks and then head out onto the wide, sandy strip that runs alongside the canal, which is also helpfully replete with benches. You can’t reserve anything in advance so get there early to avoid disappointment. 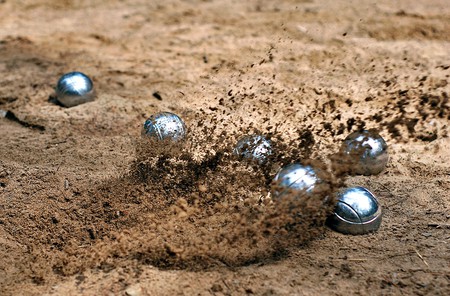 The Arènes de Lutèce might have been built to host brutal tussles to the death between gladiator and beast but it functions just as well for placid games of pétanque among friends. This Gallo-Roman amphitheater was constructed during the 1st century AD and is one of the most important remains of a nascent Paris, or Lutetia (Lutèce in French) as it was known then – the other being the Thermes de Cluny, also in the Latin Quarter. No matter how good your ball tossing it’s unlikely to attract the 15,000 people the amphitheater could once hold, but it is popular with players (and picnickers) of all ages.

Les Niçois, as you might have guessed from the name, aims to deliver a taste of the French Riviera in Paris. This restaurant, bar, and all importantly, indoor pétanque hall opened in the cool 11th arrondissement in January 2014. All of the food is 100% fresh, homemade and inspired by the South of France. At lunch, the menu features classics like pan bagnat and salade niçoise and in the evening there are Mediterranean tapas, cocktails, wine, and, of course, Ricard to be liberally enjoyed. 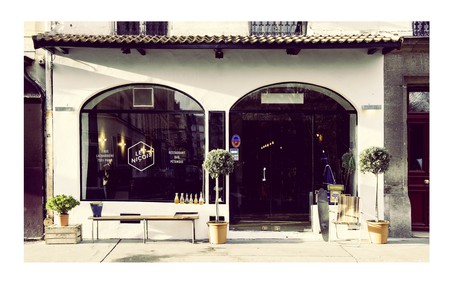 You can’t get more central than the Place Dauphine. This tree-lined triangle of gravel is tucked down the Rue Henri-Robert on the Pont Neuf, though you’d probably walk past it if you didn’t know it was there. The square was created in 1607 by France’s favorite king, Henry IV, whose statue, incidentally, overlooks its entranceway, and named in honor of his son, the future Louis XIII. On most dry days, you’ll find regulars deep in a game and there’s space enough to start your own. Expect an audience from the neighboring cafés and restaurants.

Open all day, every day. 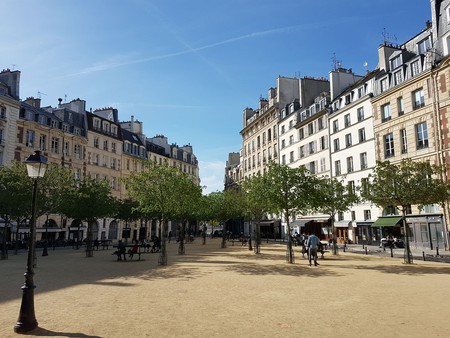 Located way off the tourist trail in the tranquil though increasingly trendy Batignolles district of the 17th arrondissement, this small park is popular with pétanque players all year round. The purpose-built terrain overlooks the railroads running into Saint-Lazare in the southwest corner of the park and it tends to attract a local, slightly older crowd – but newcomers are always welcome. Other high points of the Square des Batignolles include the pretty English gardens and the pond with its resident swans.