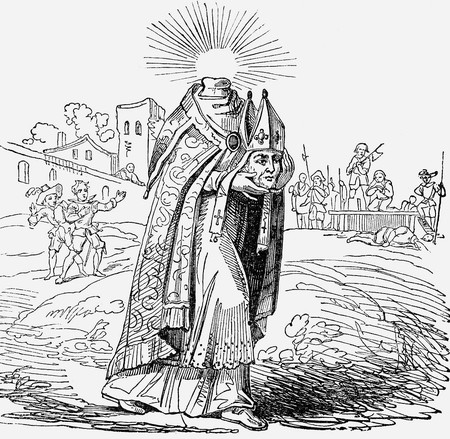 The boulevards and bridges of Paris are steeped in mystery, but there’s one incredible myth that triumphs them all. Legend has it that when the patron saint of Paris was beheaded, he simply picked up his head and carried it six miles. When you visit Paris, there’s no doubt that you’ll want to visit the Notre Dame. But whilst admiring all the statues that adorn the front of the gorgeous cathedral, there will be one in particular that catches your eye. You’ll find yourself staring at a strange decapitated figure and wonder: “Who’s that man and why is he holding his head in his hands?” 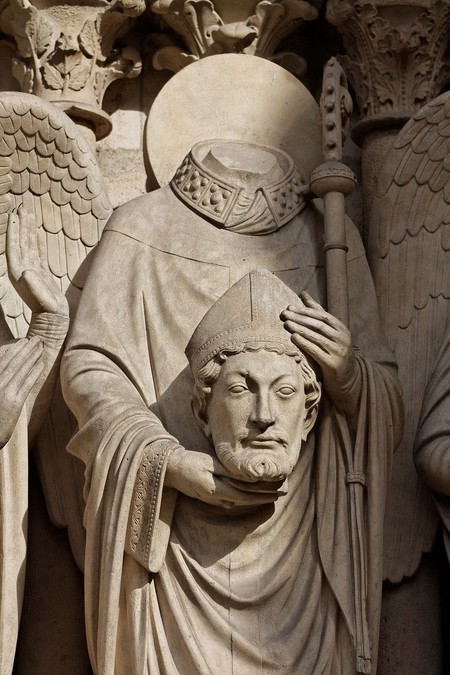 The headless statue in question is Saint Denis, one of the three patron saints of the city of Paris. The other two patrons are Sainte-Geneviève and Saint-Marcel, but their miracles don’t compare to that of Saint Denis.

Saint Denis went by many names, going down in history under the names of Dionysius, Dennis, or Denys. But one of his names that has never been disputed is “martyr”. He was martyred during the persecution of Christians by the Roman emperor, not too long after A.D. 250.

Saint-Denis was captured by Roman soldiers while preaching in Northern France. Put into prison and then tortured, he was sentenced to a beheading on Montmartre Hill just in front of the Temple of Mercury.

But when his head was cut off, legend has it that Denis simply picked it up and went on his way. He walked 10 kilometres (six miles) in total, all the while preaching a sermon.

The myth says he carried his head to the small village of Catulliacum (present-day Saint-Denis in the north of Paris), and ‘died’ in the spot where he wished to be buried. 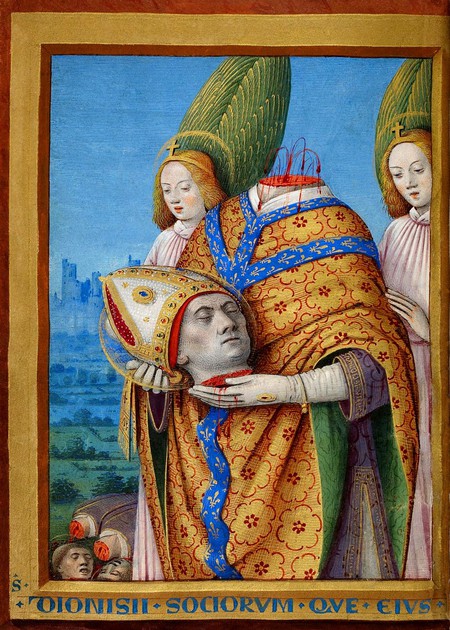 When visiting Paris, Notre Dame isn’t the only place where you’ll catch a glimpse of this headless man. There are statues of Denis in lots of old Parisian churches, and a fabulously gory painting of him in the Pantheon.

There’s also beautiful gothic-era statue of Denis in the Musée du Moyen Age (the Cluny Museum), and a more modern statue of him in a small park in Montmartre, close to where he was killed 18 centuries ago. The park is called Place Suzanne Buisson, and the entrance is on Rue Girardon, if you fancy checking it out.