The Most Affordable Michelin Restaurants in Paris, France 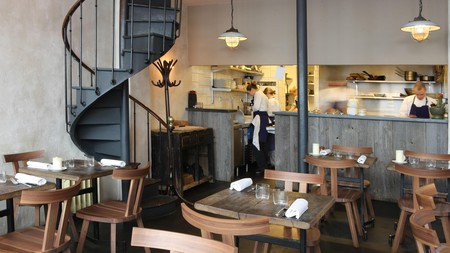 The sustainable, Michelin-star cuisine at Septime lures in diners from all over the world | © Photo 12 / Alamy

It’s official. France has the highest number of Michelin-star restaurants in the world, with over a quarter of those in Paris. However, a meal here doesn’t have to cost you the earth.

Michelin-star dining doesn’t come cheap. You could easily drop a few hundred euros on one meal alone. Luckily, it is possible to achieve the dream of indulging in gourmet dining while keeping a healthy bank balance – whether you choose a Michelin-recommended restaurant or opt for a lunch deal. Here is Culture Trip’s pick of the top Parisian restaurants for those on a budget.

An extensive wine list and high-quality ingredients mark this Michelin-recommended restaurant out from the rest. The beef and vegetables come directly from the family farm in the Limousin. Garance is the brainchild of dynamic duo chef Guillaume Iskandar and sommelier Guillaume Muller, the latter of whom trained under Alain Passard at his three-star restaurant, Arpège. It’s tucked away in the 7th arrondissement near Les Invalides. Hearty, reasonably priced mains include garlic snow peas and turbot with rhubarb. 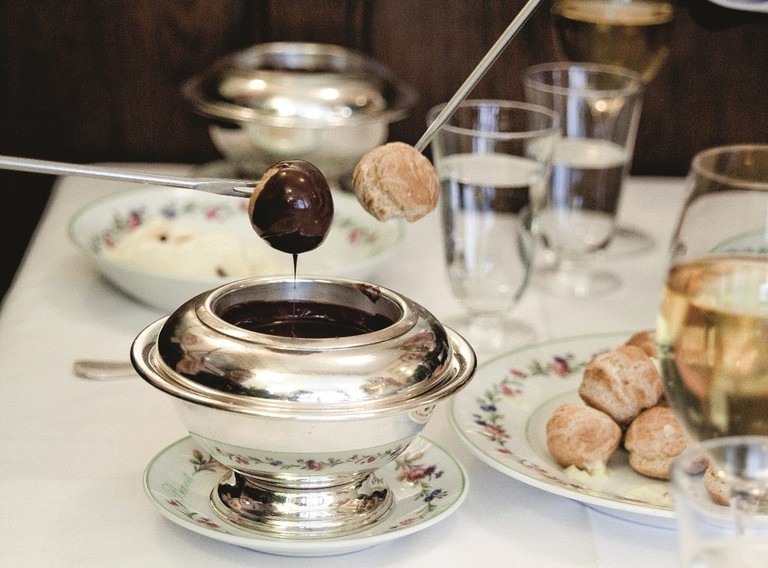 © Pierre Monetta / Courtesy of Benoit
Alain Ducasse’s super old-school bistro is a Parisian institution on Rue Saint-Martin. The one-Michelin-star establishment still retains the authentic vibe from when it first opened in 1912. Think pale yellow, faux-marble walls, red upright banquettes and brass fittings, and a popular bar. The kitchen serves up traditional French dishes to match, such as escargots drenched in garlic butter. Book ahead. 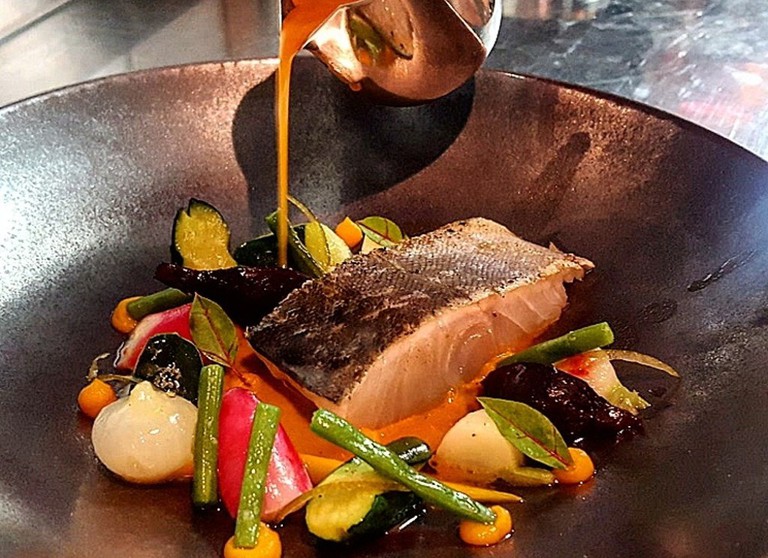 Courtesy of La Truffière
It will come as no surprise that truffles are at the heart of this magical little bistro from chef Antoine Coutier. While the six-course truffle menu costs over €100 (£85), the three-course lunch menu comes in at less than half the price. Dishes change weekly, but the Dublin Bay prawn carpaccio with quinoa and the pigeon with razor clams were the first things to catch our eye. 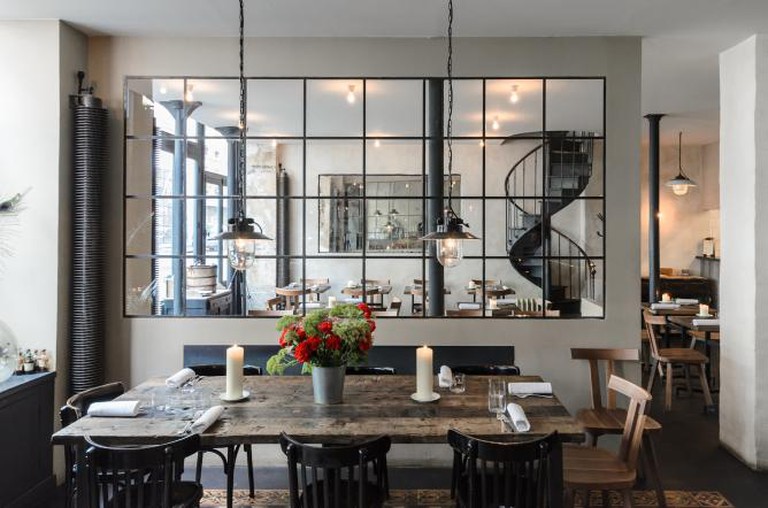 © François Flohic / Courtesy of Septime
Michelin-star Septime sits proudly at number 15 on the World’s 50 Best Restaurants list. Seasonal, modern French plates from chef Bertrand Grébaut lure in diners from all over the world. Lunch is a much more affordable option than dinner – but both are hugely popular, so book well in advance. It also boasts top sustainability credentials: 99 percent of its produce is grown in France, it doesn’t serve beef and only deals with fishermen using boats that are 12m (39ft) long or smaller. 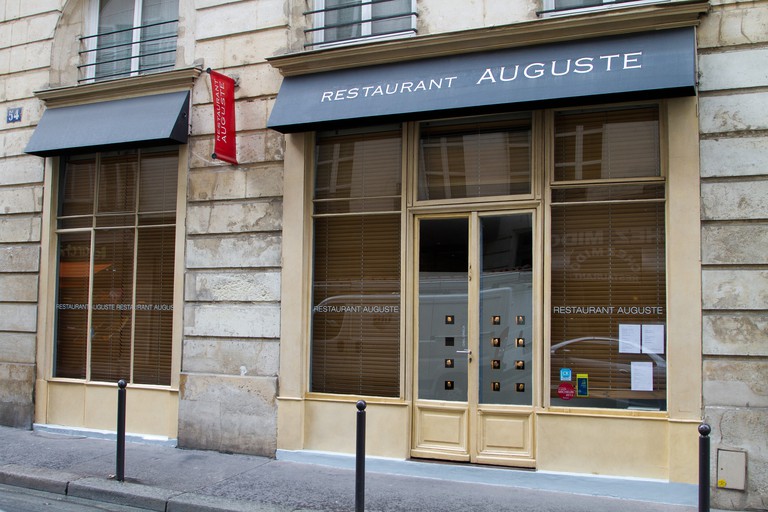 © Marc Piasecki / Contributor / Getty
With its fresh white walls, plush armchairs and intimate atmosphere, Auguste is everything you would expect from a Michelin-star restaurant in the City of Love. It’s often considered one of the best value one-star restaurants in Paris. Chef Gaël Orieux expertly whips up traditional French dishes with a twist, such as fresh plaice with citrus and coconut-topped courgette, followed by chocolate coffee ganache with passionfruit ice cream. Wine pairing is available for an extra charge. 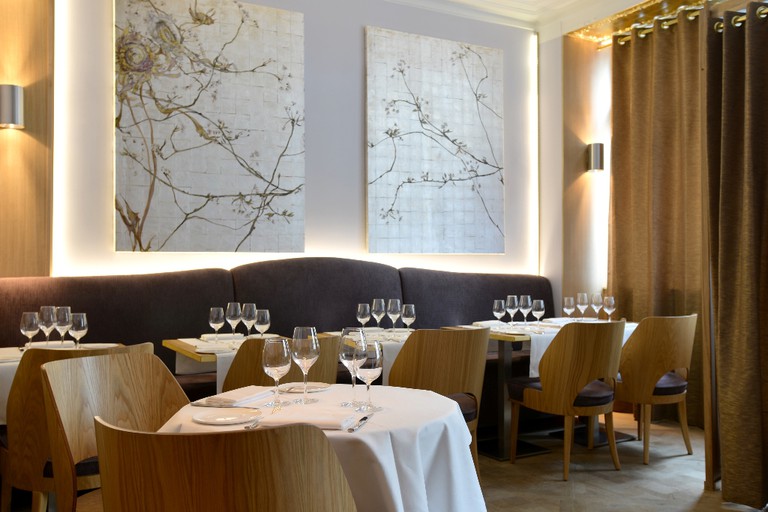 © S. BITEAU / Courtesy of La Table d'Eugène
La Table d’Eugène is all about magnificent dishes crafted from simple flavours, with presentation at the top of its game. In the Michelin-star kitchen, you’ll find Geoffroy Maillard and François Vaudeschamps, two talented chefs whose specialties include onglet de boeuf (hanger steak) and perfectly cooked monkfish with black curry. Oh, and you’ll be talking about their risotto with porcini mushrooms (cèpes in French) for months to come.

When Lebanese chef Alan Geeam first came to Paris at 24 years old, he found himself sleeping on the streets and washing dishes to make a living. Fast forward two decades and his namesake Michelin-star restaurant, which sits just a few blocks south of the Arc de Triomphe, attracts the finest palates in the city. Expect sleek monochrome interiors and inventive Middle Eastern cuisine. Dishes change with the seasons, but past standouts include langoustine baked with blood orange and sumac, cured trout wrapped in sweet potato and, for dessert, crunchy cocoa beans with muscovado ice cream.

Dominique Bouchet lies just a short walk from Parc Monceau, headed up by one of the most revered chefs in Paris. Refined French techniques marry country-style cooking at this Michelin-star eatery. Mains include a seven-hour simmered leg of lamb in a red wine sauce and ris de veau (sweetbread) served with green asparagus. Its contemporary interior is both chic and welcoming, making it the perfect spot for a long lunch with friends over a bottle (or three) of French wine.

Culture Trip also has you covered on more budget restaurants in Paris. Before you eat, however, you’re going to need somewhere to stay; options range from hip apartments in the city centre to rooms with a view, all bookable now. Plan your Parisian day out by seeing the best experiences and quirky adventures available in the French capital.