Born in Paris in 1953, controversial artist Sophie Calle employs any means necessary to find adequate methods of self-expression. Famous for her unique observational tactics and outright invasion of her subjects’ privacy, Calle has pushed past the social and formal boundaries of photography in order to fully explore identity. We find out more about the life and work of Sophie Calle, identifying her artistic influences and discovering her impact on narrative photography. 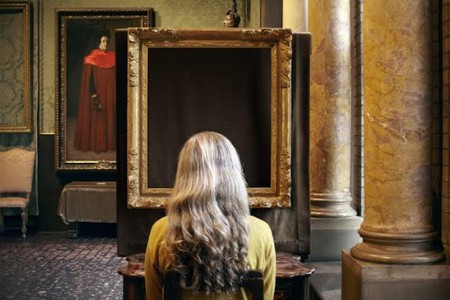 Sophie Calle can best be described as a conceptual artist, as her work inhabits the space between fact and fiction: the artist fabricates situations and places herself within them in order to follow them through to the end and observe what has been created in her wake. Her finished artworks are inextricably bound to the processes involved in their creation and thus it is ideas, rather than aesthetics, which take precedent.

Her project ‘The Hotel’ (1983) highlights this commitment to the concept: arising from Calle’s journey to Venice, ‘The Hotel’ is a no-holds-barred observational study of unsuspecting hotel guests, achieved by Calle concealing herself as the chambermaid. With access to twelve guest bedrooms, she built up an idea of each individual by photographing their possessions, reading their letters and diaries, and even going through their rubbish bins. Her penchant for the fusion of fact and fiction becomes apparent, as in each piece of work she infuses real, tangible objects – such as photographs and snippets of text – with her own personal interpretation. Calle states:

Gathering the wealth of material in front of her, the only aesthetic consideration for Calle was simply how to best display the findings of this project. The result was 22 two-part framed works, one frame displaying photographic prints and the other an image of each bed’s headboard and a passage of accompanying text. An excerpt from ‘The Hotel, Room 30’ reads:

‘Wednesday March 4, 1981. 11:20a.m. I go into room 30. Only one bed has been slept in, the one on the right. There is a small bag on the luggage stand. A beautifully ironed silk nightgown lies on the chair that has been pulled up near the bed: it clearly has never been worn. Everything else is still in the traveling bag’

This showcases Calle’s disregard for privacy, the absent individual merely providing the tools with which she paints a picture in her mind. 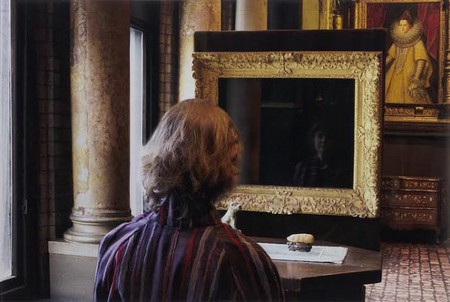 This invasion of privacy is not unique to ‘The Hotel’ but becomes an enduring theme of Calle’s work, lending her creations a quasi-documentary authority. After living abroad for several years, Calle felt detached from her fellow Parisians and attempted to re-establish her sense of identity by embarking on several projects, of which ‘The Hotel’ was one. Three years previously however, Calle produced ‘Detective’ (1980), in which one of her family members was instructed to hire a private detective to follow her, with the aim of gaining photographic evidence of her life in Paris. In ‘Detective’, Calle subverted the traditional notion of the observer and the observed by deliberately leading the photographer to places of great personal meaning. Again, she sacrifices aesthetics in favour of accurately relaying the concept. By having a third party take the photographs without her direct guidance or explicit permission, Calle’s project breeds a sense of uneasiness and the disregard for discretion, -inherent in the idea of being followed – allows her to build up an uninhibitedly realistic concept of personal identity.

Along with the photographs, Calle places her own diary entries alongside the detective’s reports. On Thursday 16th April 1981 she writes ‘At 10:20 A.M. I go out…The weather is clear, sunny. It’s cold. I am wearing gray suede breeches, black tights, black shoes and a gray raincoat. Over my shoulder a bright yellow bag, a camera’. The detective unwittingly mirrors this, stating ‘at 10:20 the subject leaves home. She is dressed in a gray raincoat, gray trousers, and wears black shoes with stockings of the same colour. She carries a yellow shoulder bag’. These two accounts represent public and private narratives colliding, exploring how the actions of a subject are perceived by observers and discovering whether these observations align with the subject’s own self-consciousness. ‘The Detective’ also highlights Calle’s willingness to expose herself to scrutiny as the subject of her art.

Though not strictly a narrative photographer, this is just one of the many forms Calle uses to link her life with her work – ‘the difference with many of my works is the fact that they are also my life. They happened. This is what sets me apart and makes people strongly like or dislike what I do’. Consistently at the heart of Calle’s projects is her awareness that art is to be viewed, that it is to be placed up on a wall and displayed – ‘I care about art and style and writing and occupying the wall’. It is this awareness of the purpose of creating that dictates her writing style, said to evoke the Oulipo – a group of 1960s French writers who employed constrained writing techniques to identify new patterns – and allows her to successfully interweave fact and fiction.