Everything You Need To Know About The Street Artist Invader 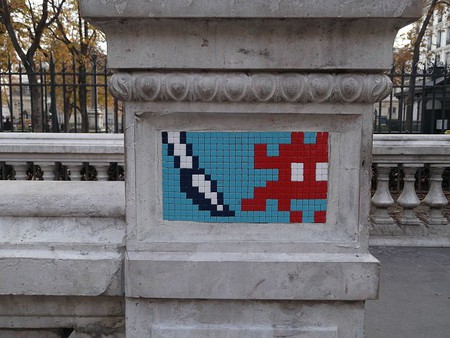 Do you ever find yourself looking up while wandering the streets of Paris? The architecture in this city is wild, with remnants of history everywhere. Amongst many architectural feats, you might even spot a mosaic creature. These are works by street artist Invader, who was influenced by Space Invaders, the arcade video game that was popular during the 1970s and 1980s. You can find his pixelated images created with ceramic tiles all over the walls of Paris, and other cities around the globe. He calls this his ‘invasion strategy’, invading populated urban areas with his fabricated creatures.

Invader ‘deploys invasion waves’, with a small team of street artists in a confidential operation that installs 20 to 50 pieces per city. Invader has become an important figure in the modern street art scene. Independent initiatives of artists have popped up in other cities, who are inspired by Invader to work with tiles and install mosaics that resemble his pixelated creatures.

Invader’s work lies in a Duchampian lineage, likening his works as “ready-made for tile reproduction.” Since his first productions, Invader has evolved from his original inspiration of the Space Invaders and other video games, to new models with original icons attributed to him. Invader is inspired by digital technology, which he deems “the heartbeat of our world.” 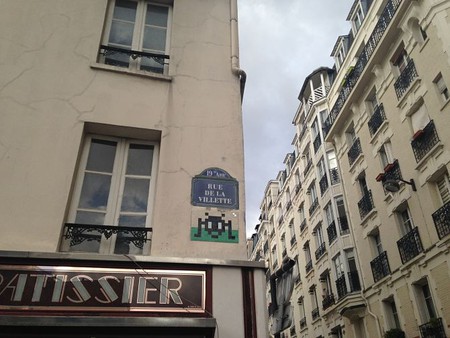 Like many artists working today, Invader has created a database to archive every production created. New technological advances have allowed artists to easily access their artistic production. Prior to this, Invader would travel around a city with a city map and a notebook, in order to not forget about a work or where it was located. The archive is of great importance for artists to create a provenance, creating easy access to a chronology of production. 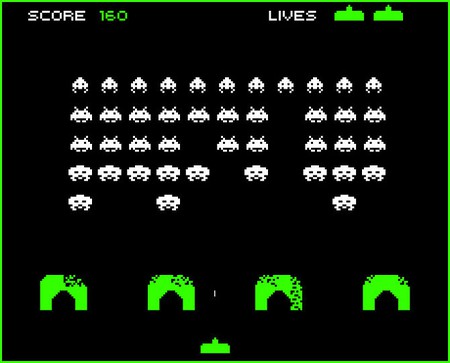 Invader’s technique is quick and discrete. His team fixes tiles to walls by using cement or innovative glues. Since Invader puts his work in a public space, his work can be perceived as illegally defacing property, and he risks arrest. Invader calls himself an ‘Unidentified Free Artist’, keeping his identity under wraps, wearing a mask in public and using a pseudonym instead of his real name. Invader creates a powerful form of public art as a message to break with the institutions that conform art today. Yet, this political message does not come without a fight from the state who views street art as a criminal offence. Those who publicly support Invader have historically been punished. For instance, a gallery owner spent two weeks in jail for being accused of supporting Invader. Instances like these evoke a discourse relating to the link between street art and vandalism. Recently however, as street art becomes more accepted into galleries, it is slowly becoming an accepted aesthetic movement, rather than an act of crime.

There are other issues that Invader raises when he installs his art in public spaces. By allowing his works to be shown in galleries beginning in the 2000s, the prices for his works are increasing on the art market. He allowed this, to receive some income to finance further city invasions. However, this has also encouraged vandals to remove his mosaics from city walls, with the intent of re-selling his works on the black art market. This problem is not unique to Invader, with many street artists such as Banksy facing the same reality. People are also making counterfeits or replicas, and then selling them to people willing to buy unauthenticated objects. This problem is double sided, falling on those that create and those who buy fakes. 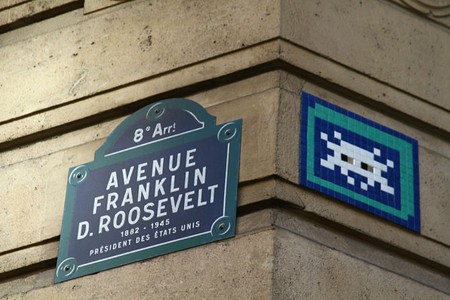 Invader isn’t a stranger to the workings of the art world, he previously studied at the Ecole des Beaux-arts. Like many street artists, he received a formal training in the arts before deciding to go out on his own and challenge the traditions of the art world by putting art in a public space.

Think of Invader’s aesthetic invasion as a large-scale project, working with and in conflict with the contemporary art market. The street artist is liberating art from the institution of the museum, and freeing the creatures from the arcade game’s screen and bringing them into the physical world of the city. Invader is political, in the sense that the street artist decontextualized art and brings it to the streets, intervening illegally through installation, liberating art from strict institutions that confine artists.