The Essential Guide To France's Rap And Hip-Hop Artists 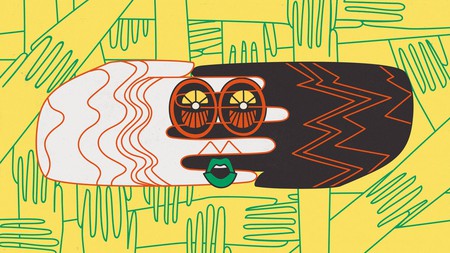 Paris inaugurated its first hip-hop cultural center, La Place, in September 2016, some thirty odd years after the introduction of hip-hop and rap culture in France. Un ‘big up’ pour le hip-hop Cèfran – all due respect to the French hip-hop music sector, second behind the USA. Despite whatever stereotypes you might have about rap, it’s much more complex than you think. Read on to find out about how minorities in France’s banlieues (suburbs) faced with immigration issues endeavor to channel their incentives through rap and hip-hop with a historical and social purpose.

A subcultural movement which originated in the Bronx, hip-hop and rap are pillars of the music world, being the most practiced worldwide compared to blues, salsa, jazz, rag-time and rock’n’roll. Introduced as an urban, ghetto style music for teenagers, it rapidly spread throughout the world with the Universal Zulu Nation – a culture-orientated group of socially and politically aware rappers, graffiti artists, B-boy and B-girl breakdancers. Nine years after its birth in 1970 in the US, the French hip-hop and rap scenes were heavily influenced by youths of African, Caribbean and Arab descent in the French ghettos. They may not have been racially segregated like in their US counterparts, yet still, they endured racial discrimination. Numerous political agendas under-lied the development of their own musical style. Sociopolitical themes, such as colonization, slavery, women’s rights and immigration issues, were discussed in the lyrics, throwing into perspective France’s national motto, Liberté, Égalité, Fraternité – Freedom, Equality, Fraternity. 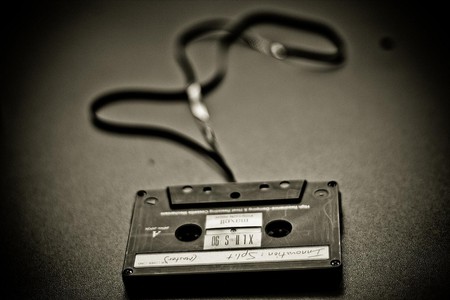 France’s first hip-hop (ip-op in French) record was produced and promoted in 1984 by the first French ‘Universal Zulu Nation King’ – Dee Nasty. Upon discovering hip-hop in 1979, he quickly became champion of DJ mixing battles during the Annual World DJ Competition, winning them from 1986 to 1988, subsequently earning him the title of European champion in 1990. His debut album in 1984 dans la langue de Molière (in the language of Molière), Paname City Rappin’, wasn’t a commercial success, although it did pave the way for French national hip-hop and rap pioneers, such as MC Solaar, IAM, Suprême NTM, Assassin and Ministère A.M.E.R.. A year later, Dee Nasty would become the first French DJ to use the scratching technique, ushering in his long-awaited fame and recognition which still endures today.

Philosophy post-graduate and language studies student MC Solaar received international acclaim with playtime on MTV when he became the first French hip-hop and rap recording artist to go platinum; he was also the first French guest rapper on the American hip-hop scene. Solaar’s music addressed the struggles African migrants in France still face in regards to colonial oppression, immigration, and racism. His language studies certainly had a major impact on his dense lyricism, complex wordplay, and ability to rap in multiple languages. Prior to winning Best Male Singer of the Year Award at the Victoires de la Musique (the French equivalent of the US Grammys), his contribution to the compilation album for the Red Hot Organization (which fights Aids through pop culture) was heralded album of the year by TIME Magazine. His song ‘La Belle et le Bad Boy’ (‘The Beauty and the Bad Boy’) featured on US TV series Sex and the City and True Blood.

Hardcore rap group Suprême NTM acronym for nique ta mère (f*** your mother), formed in 1989 and hail from the suburb of Seine-Saint-Denis, northeast of Paris, renowned for its cités Habitation à Loyer Modéré (rent-controlled housing). These low-income apartment buildings are ‘notoriously big,’ with high rates of poverty and unemployment among the first and second generation immigrant communities in France. The group’s initial hostility towards police stemmed from having grown up surrounded by drugs and violence, which are often perceived features of the suburbs; violent poverty traps for foreign immigrants. Outspoken and critical of racism and the French police, their earlier songs were composed of violent lyrics which led to legal battles with the French authorities. ‘J’appuie sur la Gâchette’ (‘I Pull the Trigger’), a song about suicide, was censored on French TV channels, leading French radio stations to boycott the group’s music. ‘Pose ton Gun’ (‘Put Down Your Gun’) on the other hand, an anti-violent song rather unusual for the group, sampled American singer Bobby Womack’s ‘And I Love Her.’

Rockin’ Squat, founder of hardcore rap group Assassin (formed in the 18th arrondissement of Paris), is best known as the little brother of French actor Vincent Cassel, famous in the US for his role in the psychological thriller Black Swan. In France, Cassel is better known for his role in La Haine (Hate), a 1995 movie about a troubled youth from the deprived outskirts of Paris. Assassin’s single ‘l’Etat Assassine’ (‘Government Kills’) featured on the soundtrack of La Haine and was consistent with the anti-police themes featured in their music. Modern slavery, ecology, social marginalization, political prisoners, women’s rights, racism and African colonization are just a few of the subjects broached by the group’s songs. Critics consider the group to be the first hardcore rap group to rap about politics and social problems in France.

Considered ‘the Public Enemy of France,’ Minstère A.M.E.R. (Ministry of Action, Music and Rap, A.M.E.R. for short), the group formed in a northern suburb of Paris by major French solo hip-hop rappers Stomy Bugsy and Passi. Their main hit, ‘Sacrifice de Poulet’ (‘Chicken Sacrifice’), also featured on the La Haine soundtrack and tells of an evening of riots in the Paris suburbs – after learning of the intentional death of their peers by the police, youths go on a rampage to burn police stations and sacrifice ‘chicken,’ i.e. policemen. The French Minister of Interior sued the group for ‘incitement to murder’ but failed to put a ban on song sales. The band did however have to pay a hefty fine. French radio stations were reluctant to play their music, with only one underground radio station allowing them air time. Controversial French hip-hop artist, songwriter and ‘womanizer’ Doc Gynéco also collaborated on a few of their songs.

Upon the initial split of hardcore rap group Ministère A.M.E.R. – with whom controversial French hip-hop artist and songwriter Doc Gynéco (Doc Gynecologist) collaborated at the age of 19 – the Doc signed with Virgin Records but failed to produce an album with his demos. Los Angeles rather than Paris would contribute to both the international and national success of his debut album, Première Consultation (First Appointment). The French equivalent of the US Grammys awarded the artist with the Best Hip-Hop/Rap Album of the Year Award in 2002. Strongly criticized for demeaning the status of women, promoting drug use and dealing with sensitive subjects (such as suicide in his song Nirvana, which was considered pessimistic), Doc Gynéco’s lyrics are sexual and provocative, and his style is considered intelligent rap. Never promoting violence and very laid-back, he often vehicles the image of a womanizer in his songs.

The Parisian hip-hop scene witnessed pioneers such as MC Solaar, Ministère A.M.E.R., Assassin, Doc Gynéco and Suprême NTM dominate the music scene. That was until French hip-hop crews such as Fonky Family and IAM – both from the multicultural French city of Marseille (with its important Maghrebi population) – spearheaded the next wave of rap music. IAM’s lyrics centered around Africa, ancient Egypt, slavery, racism, Islam, discriminatory ideologies and cultural identity. Politically motivated music with lyrics that often reflected violence and the abusive treatment of the youth by French society became their primary musical modus operandi, which developed into their unique rap style. Their mainstream hit ‘Je Danse le Mia’ – that used a sample from ‘Give Me the Night‘ by American musician George Benson – reached number one in 1994 and is considered to be the band’s signature song.

Despite any clichés about women in rap and hip-hop, female French rappers – like female musicians in every genre – have been around since the early days. Like Bams, who discovered rap music at the age of 20, and entered the French rap arena in the 1990s. Together with another female artist, Lady Laistee (slang for stylish), they paved the way for female rappers like Diam, Casey and Keny Arcana in the 2000s. Rapper and songwriter Diam’s breakthrough album Brut de Femme (Crude Girl) went gold, winning her the Rap/Hip-Hop Album of the Year title at the Victoires de la Musique. Dans Ma Bulle (In My Bubble) became the biggest selling French album in 2006, also winning her the Best French Act at the MTV Europe Music Awards. She gained her place among the pioneers of rap and hip-hop as the first female rap artist to hold a number one song for six consecutive weeks on the French music charts.

Today’s generation of Francophone rappers – artists like Rohff, Booba, Soprano, La Fouine, 1.9.9.5, l’Entourage, Nemir, Deen Burbigo, 3010… and Guizmo, whose musical success is defined by the number of clicks on their sharing site and social media – are still breakdancing in the footsteps of their pioneers. Sianna stands out from the pack, as she was never predestined to become a rapper. Coaxed into rapping lyrics that she and her friends penned together, they produced music videos for fun, ushering in their success which grew from there, as they formed a band and continued their stint. Sianna’s spitfire refrains and Northwest African-infused beats are energetic and melancholic, typical of the current French rap game. Grounded despite her young age, Sianna is one of the few women in the scene; she signed with Warner and always relies on her people and fans for support with the release of her musical projects.