A Brief History Of The 'Made In France' Movement 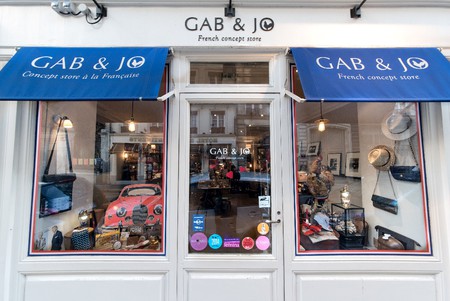 With the 2017 French presidential election looming, we look back at a simpler time, when a resurgence of nationalism meant buying Breton jumpers and handmade shoes, not securing borders and banning burkinis. We are talking, of course, about the birth of the Made in France movement, which has been redefining local attitudes towards fashion and design since the last race for the Élysée Palace.

In 2012, unemployment in France exceeded 10% for the first time in 12 years, with 25% of industrial workers having lost their jobs in the previous two decades. No one had ever doubted the savoir faire of French manufacturers but, somewhere along the line, the country had lost its competitive edge. Of all the clothing sold in France that year, a staggering 95% had been made overseas and the remaining 5% were luxury brands.

Faced with further decline, presidential candidates rallied around the Made in France movement, promising greater protectionism and promoting local products to the electorate. In a symbolic sign of support, all of the main political contenders had campaign t-shirts made by French companies like Armor Lux and Lemahieu – at 300 to 500% of the cost of those made in China.

Following the first round of voting, Hollande espoused ‘industrial patriotism’ and repatriation incentives for French corporations, while Sarkozy proposed a ‘Buy European Act’ to mimic the American one of 1933. For both, the movement became as much about bolstering the economy and creating jobs as it was about reviving national pride in French creativity.

After Hollande’s victory, the movement was championed by Arnaud Montebourg, the former Minister for Industrial Renewal and currently one of the Socialist Party’s presidential candidates. In October 2012, he appeared on the cover of Le Parisien wearing an Armor Lux striped Breton t-shirt and a Michel Herbelin watch, and holding a Moulinex food processor. 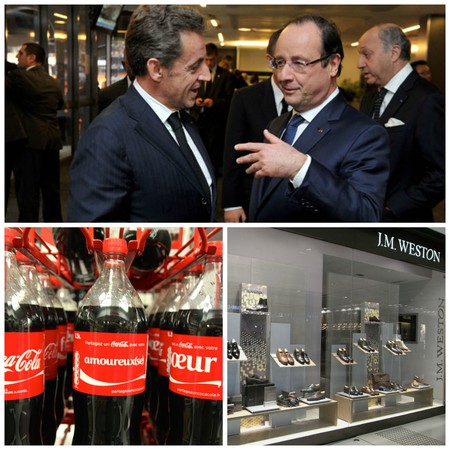 However, commentators hastened to point out that while the sailor sweater was made in Quimper, Brittany, the cotton came from North America or West Africa, the unbleached thread from Germany and Austria, and the sewing machines from Great Britain and the US. Ironically, when demand for them ran too high, part of the production was displaced to Morocco.

In addition to the difficulties of defining what it is to be ‘Made in France’ in a globalized world, French labor laws have made manufacturing most items here prohibitively expensive. Take the automobile industry, for example. The same model of Renault Clio is €1,300 cheaper if it’s made in Turkey rather than in France, and you’ll pay €1,500 less for a Slovakian Peugeot 208 than you will for a French one. 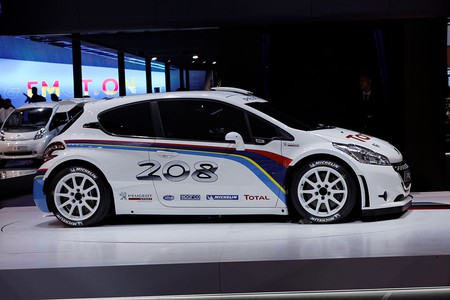 However, these ironies and harsh economic realities have done little to dampen the movement. A Made in France fair in 2013 drew huge crowds to Parisian convention halls, and a survey conducted that year found that 73% of French people would be willing to pay above the odds for locally made products.

Firms that have historically stuck to French production, like the perfume and cosmetics giant Guerlain, are riding the wave of this new-found enthusiasm for homegrown products. Other brands that predate the movement include women’s footwear designer Repetto, J.M. Weston shoes, and Bleu Forêt socks. Amazingly, Coca-Cola was locally sourcing 90% of the raw materials used for its sodas sold in France even before it was cool.

The Spring-Summer 2017 collection is fully in the spotlight!

In Paris, there are no less than three concept stores dedicated to locally made goods. Gab & Jo taps into the childhood memories of its French shoppers, Bleu de France combines established French-made brands with emerging labels, and Sept Cinq focuses primarily on womenswear by Parisian designers.

The Made in France movement hasn’t exactly solved the country’s economic woes – the unemployment rate is the same today as it was when Hollande took office – but it has refocused attention on local designers and the fact that our shopping habits have consequences that reach far beyond our own bank balances.