The Marché aux Puces de Saint-Ouen, a sprawling network of warehouses, stands, and alleyways on Paris’ northern edge, is the largest antiques and second-hand market in the world and the fourth most visited attraction in France. There isn’t enough time in one day, a weekend, or even, potentially, a lifetime, to explore every corner of its 14 distinct areas, or the furniture, paintings, and bric-a-brac of its 1,700 merchants. Better instead to follow our helpful guide to four key markets.

First things first, the flea market (a term which, as you’ll see once you get there, really doesn’t do the place justice) is only open on Saturdays and Sundays from 10AM to 6PM and on Mondays from 11AM to 5PM. Unlike many specialist shops in the city, the stands here stay open throughout lunch, but do remember to let the dealers swallow the last mouthfuls of their homecooked picnics before you spring any tricky questions on them. While some stands stay open during the summer, you should expect closures if you visit between August 1st and 15th. 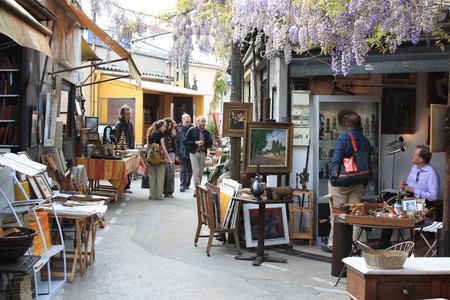 There are various buses which stop nearby, but the easiest way to get there is on the Metro. You can take the Line 4 to Porte de Clignancourt and walk the short distance over the Périphérique to the market. This way you can work your way northwest along the Rue des Rosiers, the road off of which all the markets extend. Alternatively, take the Line 13 to Garibaldi and walk through Saint-Ouen to the other end of the street and attack the market from the opposite direction.

The first stop on our shortlist is the Marché Vernaison, which is one of the markets closest to Porte de Clignancourt Metro station. There is quite literally no end to the bizarre and wonderful objects that you can find here but, ostensibly, it specializes in toys, glassware, and scientific objects. There are over 300 stalls under its banner, spread over an area of more than 9,000 square meters, some of which are the oldest in the entire market. 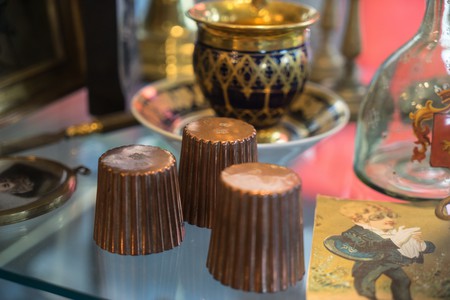 Feel encouraged to spend an hour or so getting lost in its narrow passageways and don’t be afraid of poking your nose into some of the more private-looking courtyards, as they contain some of the most jaw-dropping pieces. Be sure to at least stick your head into the legendary Chez Louisette. Dripping with tinsel at all times of the year, this cabaret café isn’t everyone’s cup of tea, but it’s a genuine experience that it would be a shame to miss. 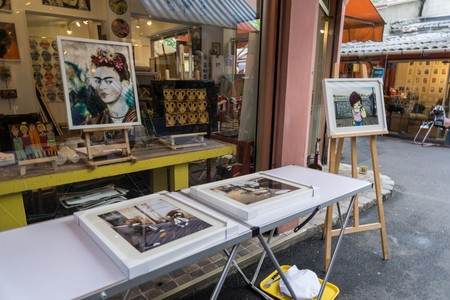 Next, we have the Marché Dauphine. Constructed in 1991, it is one of Saint-Ouen’s largest markets. Alongside beautiful furniture and antiques from the 17th and 18th century, you’ll find the Carré des Libraires, or Booksellers’ Square, as well as stands dealing in vintage records, clothing, and prints. Together they total 180 merchants under the glass roof of a 6,000-square-meter pavilion. 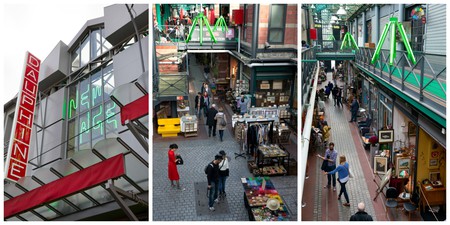 Some of the most interesting features of the market include the gigantic 1970s spaceship in the central square, the unusual flooring on the second level, a sort of wooden cobble block affair, and the colorful entrance mural. For a bite to eat, head to Les Gastropodes at the far end of the market for some well-stuffed sandwiches, juicy meat dishes, and a seriously delicious panna cotta. 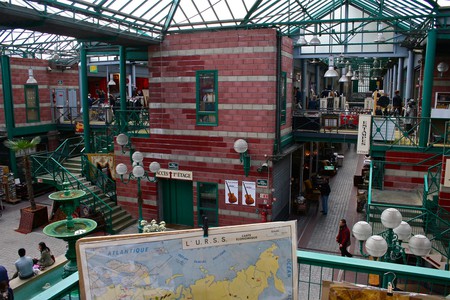 Just across the road is the Marché Biron, the place to head to see wonders of Asian art and furniture from the 18th to 20th centuries. There are 220 antique dealers and art merchants set up along its two long strips, each of whom are eager to share their passion for their trades with visitors. Take your time to discover each stand and don’t be shy about asking questions – there is certainly a lot to learn about the diverse range of goods on display, from the ceramics of the Far East to Art Deco ornaments designed and made in Paris. 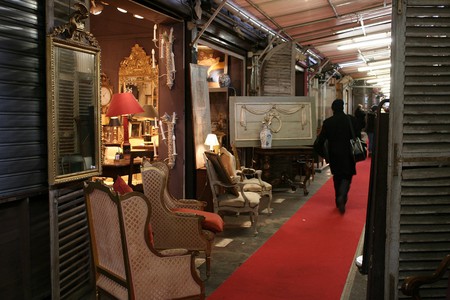 Further along the Rue des Rosiers is the trendiest of all the markets, the Marché Paul Bert Serpette, which showcases the finest furniture, art, and decorative items from antiquity to the 1970s. The dealers which call this market home really have their fingers on the pulse of avant-garde interior design. They constantly update their collections, which they innovatively and sophisticatedly stage, discovering and rediscovering unknown or forgotten masterpieces of the past. 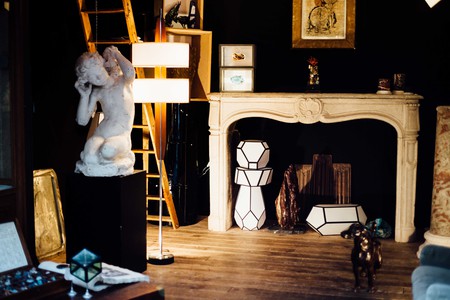 Woody Allen’s Midnight in Paris might have done its bit to raise the profile of the Puces de Saint-Ouen but celebrities and other moneyed people in the know have been shopping here for years. Paul Bert Serpette has welcomed more than a few Hollywood or music industry stars in its day, including Julia Roberts, Sharon Stone, Mick Jagger, and Kanye West. 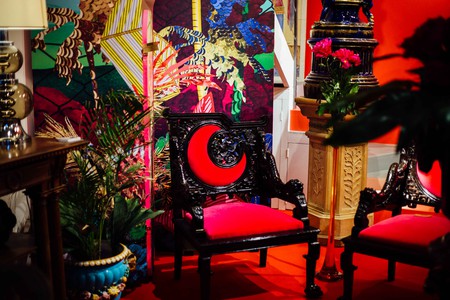 There are a couple of places to eat, sprinkled around the edges of the market, but the largest and chicest of the options is Ma Cocotte. It serves lunch from noon till 4PM and starts its dinner service at 7PM. The large outdoor terrace upstairs is a great place to take in the scope of the market on a sunny day, or to curl up under a heater with a glass of something refreshing after a long day of browsing, bargain hunting, or bank balance brutalizing. 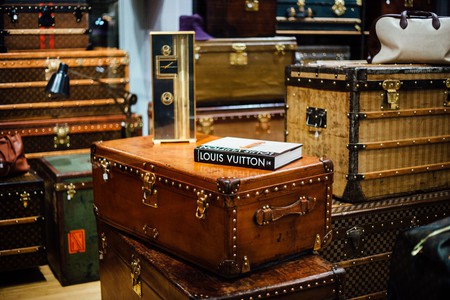