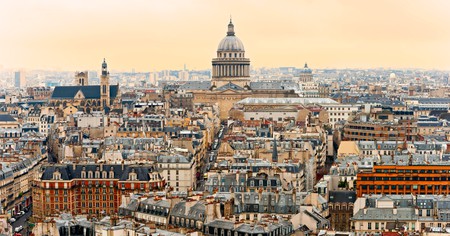 Paris wears its history on its sleeve. Its countless celebrated landmarks – from the white domes of Sacré-Cœur to the imposing black edifice of the Tour de Montparnasse – provide vivid reminders of the different eras and rulers who have left their marks. Here are a few of the key events that have shaped the city’s history, making Paris what it is today.

Where does the name Paris come from?

The Parisii were a sub-tribe of the Celtic Senones, and they established themselves on the Île de la Cité, one of the remaining natural islands along the Seine, in the years between 250 and 225 BC. In 52 BC, the Roman army defeated the Parisii and established a Gallo-Roman city that they initially called Lutetia. By the time the Western Roman Empire fell in AD 476, however, the city was more commonly referred to as Parisius, a name that became Paris when translated from Latin to French. 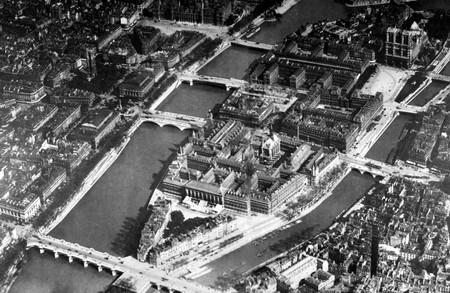 Who was the first king of France?

Clovis I (c. AD 466-511) was the first king of France. He united several of the Frankish tribes living in territories that now form part of modern-day France, doing away with the system of local chieftains and bringing them together under a single ruler. He established a dynasty that became known as the Merovingians, with the kingship passed down his line of succession for over 200 years. Widely recognised as a clever military tactician, he took control of a small rump state in what had been the Western Roman province of Gaul, in northern France, in 486. From there, his territories quickly expanded, and he made Paris his capital city in 508. 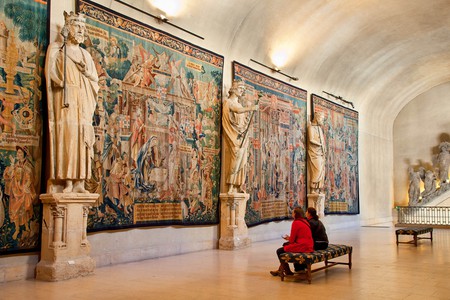 When was Notre-Dame constructed?

The magnificent Our Lady of Paris, better known by its French name, Notre-Dame, is one of the most famous cathedrals in the world and one of the finest examples of French Medieval Gothic architecture. Construction began in 1163 during the reign of Louis VII and was completed around 1260.

The cathedral perfectly exemplifies this period’s style, which broke with Romanesque convention to introduce Gothic elements, including pointed arches, ribbed vaults and flying buttresses. Originating in France, the style spread across the continent in the 12th and 13th centuries and dominated European architectural tastes for 400 years. 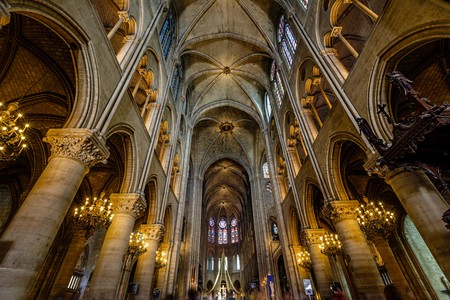 When did Notre-Dame catch fire?

On 15 April 2019, while undergoing restoration work, Notre-Dame caught fire. Much of the cathedral’s roof was destroyed, and the spire, or flèche, collapsed completely in dramatic images beamed around the world. In the immediate aftermath, French President Emmanuel Macron pledged to restore the cathedral to its former glory. Donations flooded in from both France and around the world to help with the reconstruction work. 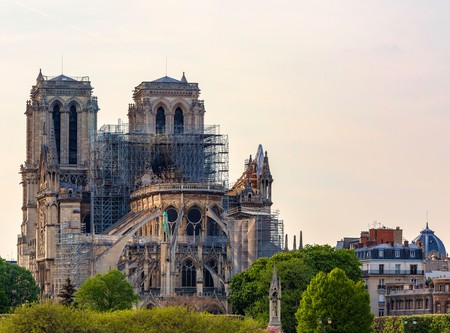 Why is Paris called the ‘The City of Light’?

Paris is often referred to as ‘The City of Light’, and not just because it was one of the first European cities to install widespread gas-powered lighting. It was also the centre of the European Enlightenment in the mid-18th century – a period that was marked by an explosion of new, revolutionary ideas concerning people’s relationships to the world around them, to God and to the state.

It was an era in which philosophers, writers and thinkers emphasised the primacy of logic and science over religion. They questioned the idea of the absolute monarchy and the divine right of kings and promoted notions of individual liberty and ideals such as freedom of speech.

Led by French thinkers such as Denis Diderot and Voltaire, as well as the Swiss-born Jean-Jacques Rousseau, this movement covered everything from arts and sciences to economics but mostly concerned itself with politics. Ideas that emerged during this ‘enlightened’ period provided much of the intellectual underpinning for the French Revolution as well as the foundation of the United States. 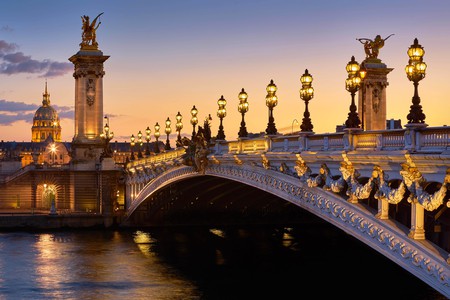 When was the French Revolution?

In the late 18th century, a number of factors contributed to growing discontent among France’s lower classes. Resentment stemmed in part from the privileges enjoyed by the aristocracy and the Catholic clergy, the government’s debt, unpopular tax schemes and a series of bad harvests. Influenced by Enlightenment ideals, demands for change grew, and the Third Estate, or commoners, soon rose against the monarchy in an attempt to achieve political and social rights.

On 14 July 1789, French civilians stormed the Bastille prison in Paris, marking the start of the Revolution. Following this event, violent outbreaks spread from the capital across the country, as people went out into the streets to protest against the system. Ten years of bloodshed and instability followed, costing thousands of lives and ultimately ending the absolute monarchy of King Louis XVI.

The tremendous repercussions of the French Revolution across all aspects of society and politics and its impact in Europe make it one of the pivotal historical moments of the era, with Paris at its centre stage.

When did Napoleon Bonaparte become emperor?

The leader of the French Revolution during its final years, Napoleon Bonaparte assumed the role of Emperor of France in 1804 and led the country until 1814. The military leader’s contributions to the country are numerous and continue to hold great significance in France today.

Under Napoleon’s gaze, the Napoleonic code, which laid the foundation for French law, was created, and the emperor helped popularise education, encouraged religious freedom and reformed France out of economic decay. Among other notable achievements, Napoleon introduced the massive construction of industries and infrastructure in France, fairer taxes and a new commercial code. But it wasn’t just in his own country that Napoleon’s liberal views were spread – multiple conquests spearheaded by the leader’s military intelligence and ambition allowed for the dissemination of his ideas across Europe. 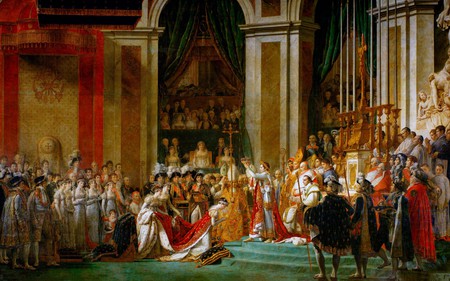 Who was Baron Haussmann?

The elegant architecture of Paris’s most recognisable streets is largely thanks to one man: Georges-Eugène Haussmann. The first president of France, Napoleon III, tasked Haussmann with redeveloping the city in an effort to solve the many issues related to its Medieval neighbourhoods, which were drowning in filth and plagued by disease and frequently became sites of popular discontent. Haussmann’s regeneration project annexed suburbs to the city and introduced wide avenues, new parks, squares, fountains, aqueducts and sewers. Some of Paris’s most iconic structures, including the Palais Garnier (Opéra), Gare du Nord, Parc Monceau and Place du Châtelet, can be attributed to Haussmann’s project. 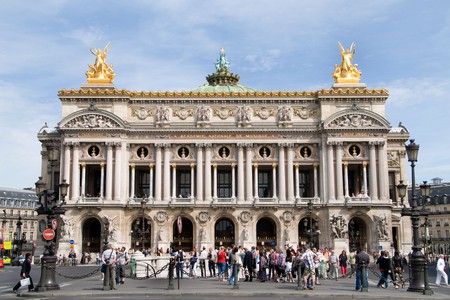 When was the ‘Beautiful Era’ (La Belle Époque)?

Characterised by a sense of optimism, peace, prosperity and technological and scientific innovation, La Belle Époque refers to the pre-war era in France, which started in 1870 and continued until 1914. These positive factors led to a thriving artistic wave through the country, with Paris as the main hub. Some of the major contributions of this period include the construction of the Eiffel Tower, the inauguration of the Paris Métro, the opening of the Moulin Rouge and the post-Impressionist movements of the visual arts. Named retroactively, the era’s optimism contrasted significantly with the horrors of the world war that followed. 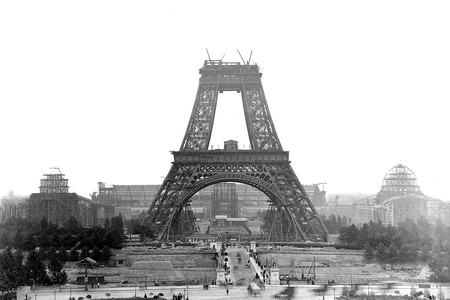 When was the Paris World’s Fair held (L’Exposition Universelle)?

At the height of La Belle Époque, Paris hosted L’Exposition Universelle (The World’s Fair) to mark the 100th anniversary of the storming of the Bastille. The main attraction was the Eiffel Tower – built to symbolise the people’s resistance and constructed of iron to represent the innovations of the new industrial era. The fair itself featured a re-creation of the Bastille prison before the Revolution, with the interior courtyard – now topped by a blue, fleur-de-lis-decorated ceiling – used for balls and other gatherings during the event. 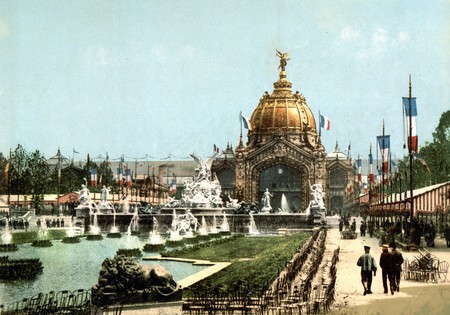 L’Exposition Universelle, 1889, marked the 100th anniversary of the storming of the Bastille | © History and Art Collection / Alamy Stock Photo

Did the Germans reach Paris in World War I?

While the battle on the ground never reached Paris itself, rationing and sustained bombing attacks meant that the city was still majorly affected by World War I. When German soldiers entered northeast France in September 1914, many Parisians were forced to flee the city, and the government moved to Bordeaux, afraid that Paris would be taken and destroyed by German troops.

Luckily, the destruction of Paris was avoided, but the country lost many lives through the drawn-out conflict itself as well as a flu epidemic. France ended the war on the winning side, but Paris found itself caught between feelings of relief and despair and loss. 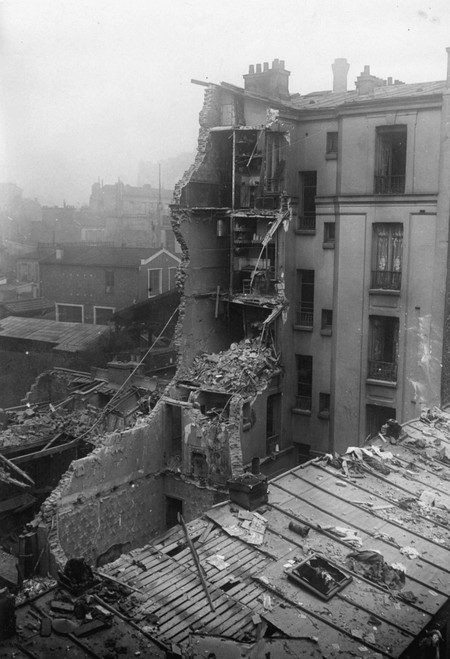 When was the Great Depression in Paris?

Paris began to recover after the trauma of World War I, and by the end of the 1920s, artistic and cultural development once more characterised the city. The cafés of Montparnasse and St Germain became the meeting places of national and international artists, thinkers and writers, such as Pablo Picasso, Salvador Dalí, Ernest Hemingway and F Scott Fitzgerald. The intellectual and cultural evolution that the post-war period engendered, combined with economic improvement and peace efforts, gave the 1920s the title of Les Années Folles (The Crazy Years). But France still struggled to recover from the ill effects of World War I, and in 1931, the situation was exacerbated as the Great Depression hit the city.

By the end of the 1930s, France was at war with Germany again, having declared war alongside Britain in September 1939 in response to Hitler’s invasion of Poland. Eight months later, German troops attacked France, defeating its army, and the French government fled from Paris to Vichy in June 1940. (The Vichy government collaborated with the Nazis beginning in 1942.) Paris was soon occupied by German soldiers, who governed the city alongside Nazi-approved French officials. A strict curfew was imposed on those living in Paris, and rationing was introduced, especially for essential items such as food and coal. 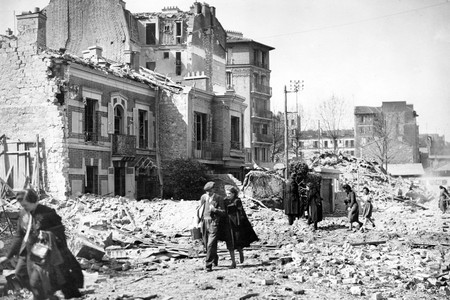 The liberation of Paris from Nazi occupation

In August 1944, the French Resistance fought against the Nazis to liberate Paris, and on 25 August, French Resistance fighters and American troops succeeded in freeing the city. But it was at this point that Paris faced one of its greatest threats of World War II: Hitler gave the order to destroy and burn the French capital, which had already been covered in dynamite and explosives. Luckily, the Nazi general Dietrich von Choltitz had developed such an affection for the beautiful city during his rule that he refused the command, eventually surrendering to the French Resistance and protecting Paris’s structures from the deadliest war in modern history. 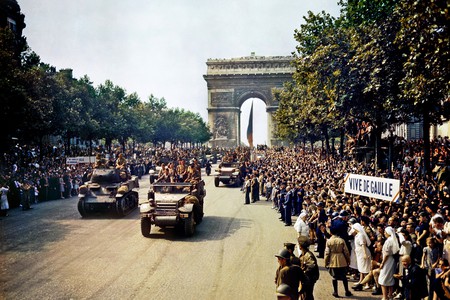