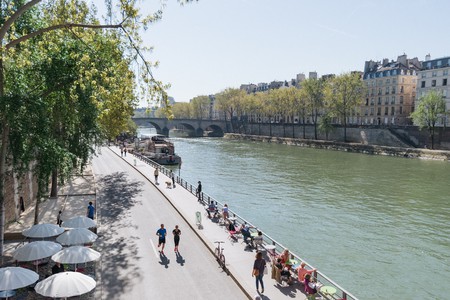 In central Paris, in the middle of the Seine, there are two tiny islands: Île de la Cité and Île Saint-Louis. Tourists flock to Notre Dame, located on Île de la Cité, but few take the time to discover the island’s many parks, shops and cafés. Dripping with history and charm, these islands are worthy destinations for both natives and tourists alike. This is the best of what these islands have to offer. 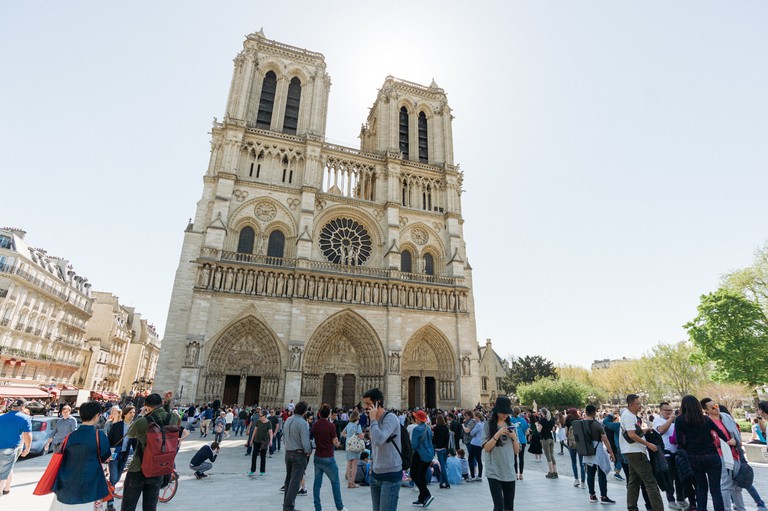 Rachel McCarthy / | © Culture Trip
Book Now
Notre Dame is one of the most well-known cathedrals in the world. The church, which was constructed between 1163 and 1345, has a checkered past. During the 16th century, the Huguenots destroyed some features of the cathedral. The French Revolution and World War II saw further defacement and destruction of parts of the church. Victor Hugo’s celebrated tome, The Hunchback of Notre-Dame, emphasised the value of the church’s Gothic architecture and elevated its status in popular culture. The cathedral’s most distinctive features include flying buttresses, gargoyle and chimera statues. Visiting the famous cathedral is free and audio guides are available near the entrance. 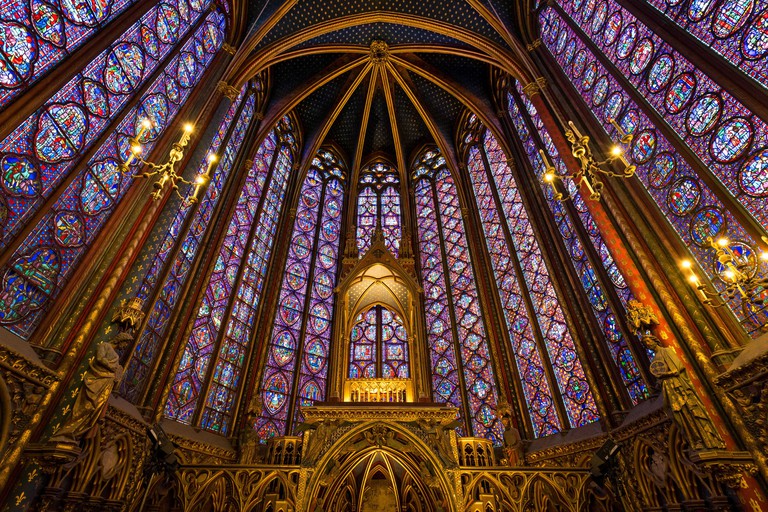 The Sainte-Chapelle in Paris, France, has a dazzling display of stained-glass windows | © Francois Roux / Alamy Stock Photo
Book Now
This stunning medieval chapel was originally part of the Palais de la Cité, the first royal palace in Paris. The chapel’s exterior is a perfect example of French Gothic architecture. Inside the chapel, intricate stained glass panels relate biblical stories. For a truly magical experience, attend a chamber music concert at Sainte Chapelle. Listen to a small group of musicians play the works of Bach or Vivaldi as your eyes wander to the chapel’s high, arched ceilings and patterned walls. The combination of visual and auditory stimuli creates an experience that will thrill the senses.

La Conciergerie is the oldest part of the Palais de la Cité. During the French Revolution, the palace was turned into a prison that housed Marie Antoinette in the weeks leading up to her execution. Although her original cell is no longer intact, visitors to the museum can see a recreation of the room as well as documents, keys and other relics from the 18th century. The fascinatingly morbid museum also includes recreations of the rooms where prisoners were prepared for their executions.

On the edge of the Île de la Cité, a cluster of green metal pavilions houses one of Paris’s most well-known flower markets. Weave between racks of postcards and shelves of planters to find the perfect bouquet or pick out a few seed packets so you can grow your own. In addition to gardening accessories, many of the flower shops sell souvenirs, such as bags of lavender from Provence and small music boxes. Whether you’re passionate about gardening or just looking for a gift, wandering through this flower market is a pleasant way to spend an afternoon. 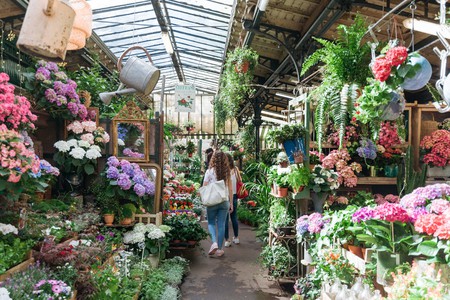 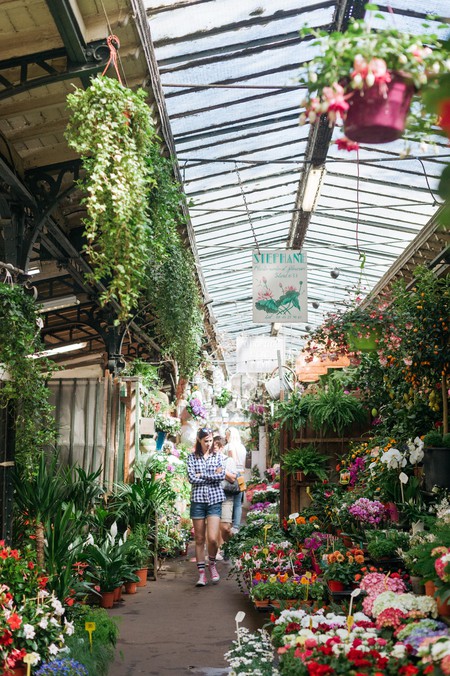 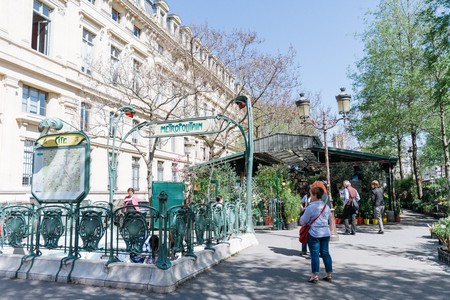 Pont Neuf, meaning “new bridge,” is ironically the oldest remaining bridge in Paris. First built in 1578, the bridge was once the center of activity in the city. At the time, Pont Neuf was the only bridge that did not have houses on it, distinguishing it from older bridges. During the 17th and 18th centuries, the bridge was a hub for street performers and criminals. Today Pont Neuf is primarily a backdrop in tourist photos, but the bridge’s elegant arches and bastions serve as a reminder of the city’s past. 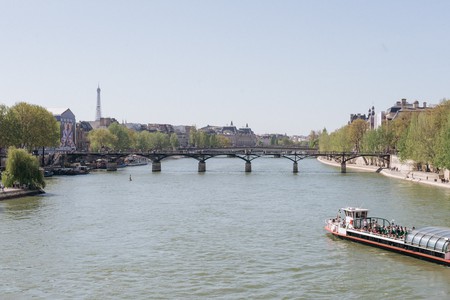 Located on Île Saint-Louis, Berthillon is easy to locate: just look for the long line of people eager to taste the shop’s legendary ice cream. Many of the island’s cafés and shops sell Berthillon ice cream, but head to the original location for the full range of ice creams and sorbets. Flavors are relatively traditional and portions are small, but one taste of Berthillon’s rich, soft ice cream and you’ll understand why the line stretches down the block. Try a scoop of créole, potent rum ice cream studded with plump yellow raisins, or rich salted caramel.

Café Saint Regis is the epitome of a classic Parisian café. The café offers well-executed, reasonably priced traditional French food such as French onion soup and croque monsieurs. Tiled walls and checkered floors add an old-school ambiance to the bustling café. During happy hour, try an absinthe cocktail. On warm nights, sit outside and enjoy views of both Île Saint-Louis and Île de la Cité. 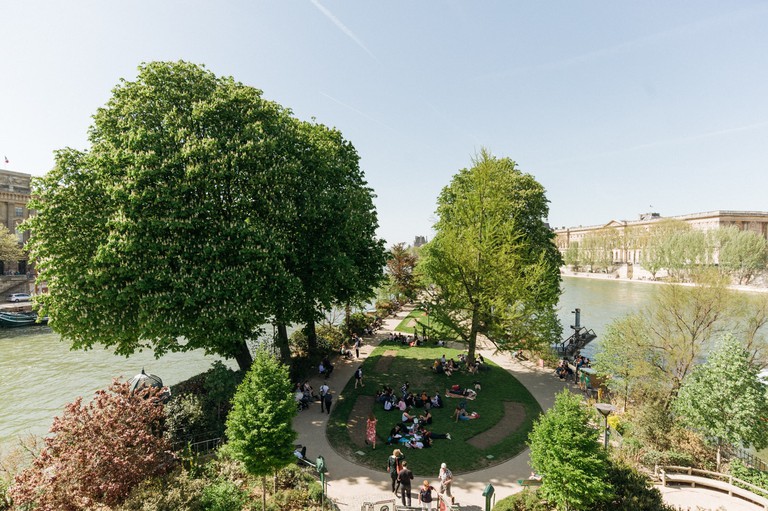 Rachel McCarthy / | © Culture Trip
Located at the tip of the Île de la Cité, this beautiful park is a must-see attraction. On some afternoons, an accordion player provides ambiance while Parisians and tourists alike stretch out on the grass. The park’s overhanging trees provide a respite from the heat even at the height of summer. Grab a popsicle from a nearby ice cream cart and enjoy the square’s gorgeous views of the Seine.

Despite its proximity to Pont Neuf, this small, sandy square feels pleasantly removed from Île de la Cité’s major tourist attractions. Get lost in a good book on a park bench or sip rosé at one of the surrounding cafes. A long rectangular strip at the end of the park is the perfect place to play a game of pétanque or bocce ball.

This quiet street on Île Saint-Louis is ideal for souvenir shopping. The street’s quaint little shops offer everything from perfumes to puzzles to puppets. Kitschy souvenir shops and art galleries stand side by side, while Parisian chains like La Cure Gourmande and Pylones also have locations on the street. When you grow weary of shopping, grab an ice pop from La Paleteria or an ice cream cone from the iconic Berthillon. 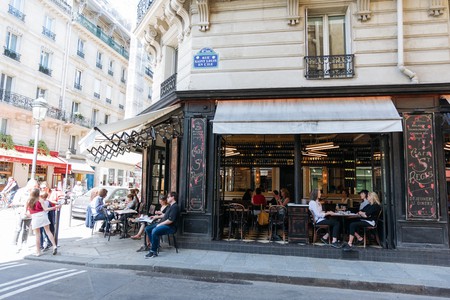 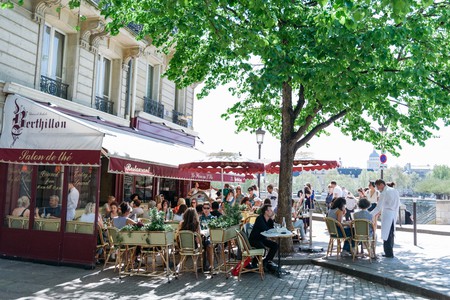