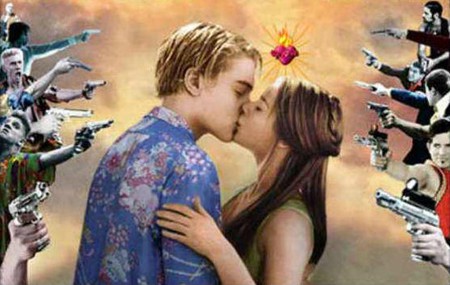 This timeless tale is generally considered the pinnacle of love stories. The romance depicted in Romeo & Juliet is widely thought to be one of the most passionate relationships ever told. However, even Shakespeare asserted, ‘for never was a story of more woe than this of Juliet and her Romeo.’ Although they were certainly impassioned, dedicated lovers, there is much to learn from the mistakes of Romeo and Juliet’s infamous relationship.

Your parents’ approval is necessary to avoid certain death

This is the number one rule for a successful start to a relationship. The arrangement between Paris and Juliet could have resulted in a steady, stable relationship considering the approval and endorsement from the parents. In contrast, where would Romeo and Juliet be without their hateful, squabbling families pitted against each other? Alive, perhaps?

Ok, so Romeo and Juliet knew they were made for each other from the moment they laid eyes on the other, right? Obviously, their infatuation with each other is both instantaneous and powerful. But how sincere is this idea of immediate love? Considering that mere hours before he meets Juliet, Romeo is pining over Rosalind and insisting that there could be no other woman for him. Upon seeing Juliet, he asks ‘Did my heart love till now?’ He denies it, saying, ‘Forswear it, sight, For I ne’er saw true beauty till this night.’

Stalking won’t always lead to a declaration of love

Believe it or not, stalking your lover like an object of prey is not always the surest way to court your lover. Romeo gets lucky when he is caught by Juliet while standing under her bedroom — ‘but soft! What light from yonder window breaks? It is the east, and Juliet is the sun!’ — but this definitely could have ended badly. Even though Juliet just so happens to be murmuring her adorations of Romeo aloud (how convenient for our romantic peeping Tom), if she hadn’t been angry upon discovering him, the Capulets would have been less than pleased. Romeo could have been arrested or killed from the beginning had Lord Capulet found him stalking his daughter.

Considering that their families never liked each other in the first place, the news of the blossoming relationship certainly upset members of the family. Fiery Tybalt undoubtably didn’t approve of uninvited Romeo cozying up to his cousin at the Capulet house party. In turn, he picked a deadly fight with Romeo’s best friend Mercutio, and accidently murders him, and is in turn murdered by Romeo for revenge. Unsurprisingly, killing each other’s loved ones proves to be chaotic for the couple, to say the least.

Miscommunications can be the downfall of a relationship.

Sure, a little mystery can up the romance and absolute secrecy can be fun, but it can also be deadly. Every couple is bound to misread each other every now and again, but if these miscommunications are never clarified it can have dire results. For example, if Romeo had received the letter from Juliet concerning her plan, he would have never truly believed her dead, went back to Verona, killed Paris, and poisoned himself, leading Juliet to kill herself as well. Certainly this is a miscommunication that resulted in a double suicide, indicating how bad things can get if couples don’t communicate with each other. 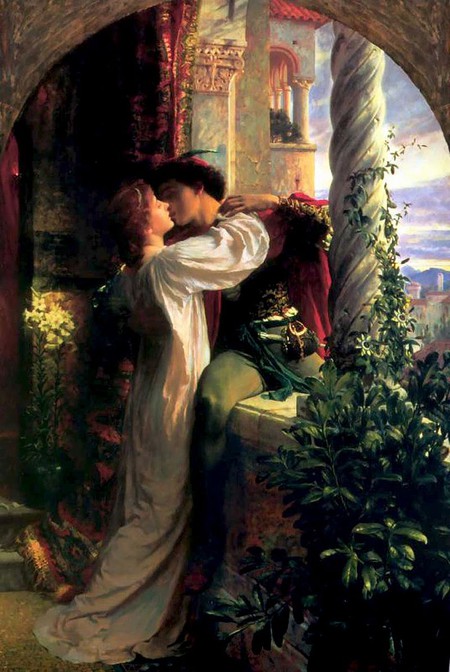 Poisons, though useful, can also be a dreadful weapon

Both Juliet and Romeo’s drink of choice was draughts of poison, whether for sleeping temporarily or permanently. Although this brought the couple closer than ever, as they each picked their poison, literally, to achieve the desired effect in their love life, clearly their plans went awry and the poisons ended up killing them both. Even though Juliet meant only to sleep by drinking her concoction, Romeo assumed she was dead, leading him to drink the poison as well. At least it can’t be denied that they do everything together.

Religion can bring a couple together or tear them apart

Romeo and Juliet turned to their local friar and the church to have secret meetings with each other during which they pretend they are going to confession. Friar Lawrence assists them with all their plans including their elopement and Romeo’s secret journey back into Verona. Although initially Romeo and Juliet are brought together in the church, it also becomes the tomb where they end their lives and lay together for eternity.

A relationship built on lies will probably not live long

At first, the secrecy of their relationship was the thrill of their love, willfully lying in order to keep it alive. However, these lies eventually began to backfire and eat away at their other relationships, and in turn their own. Juliet had led her family to believe she was dead in order to avoid marrying Paris. In turn, Romeo also ended up accidently believing the misconception. If you lie together during life, you will lie together in death. That’s commitment. 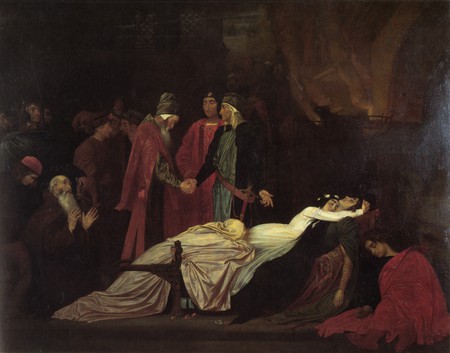 Obsessive behavior is not the foundation for an everlasting love

The willingness to marry someone they had known for a day, and to die for someone they had known for a week is what makes the relationship of R & J so remarkable and memorable to audiences. They were so lovestruck from their first meeting, so undoubtedly dedicated to each other, and so unhesitatingly able to make sacrifices for the other, that they were blind to their long-term interests. Their rash decisions and intense need to have one or another — or die — is what leads to their downfall.

Poetic Romeo is very good at making assertions and lovely metaphors to express his boundless love and lust. He will swear by anything, even the inconstant moon, to prove to Juliet the strength of his emotions. But Romeo is known to talk a big game about how much he can love, and even Juliet insists her love is as boundless as the sea. No matter how much they insist these assertions are true, this is not a strong foundation for a relationship. In the end these sweet nothings did not lead to the lasting committed relationship that each of them promised, and the only eternity that they could enjoy together was in the afterlife.