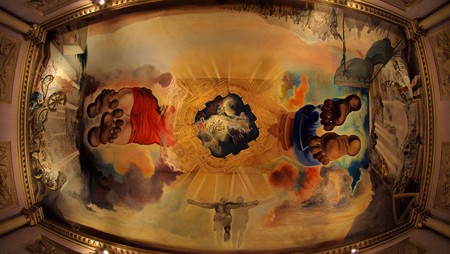 A roof painting at the Dali Museum in Figueres, Spain. | © Torrenegra/Flickr

Pioneering avant-garde artist, leader of the Surrealist movement, and ultra-socialite Salvador Dalí was one of the most prolific artists of the 20th century. From painting to film, sculpture, and branding, acquaint yourself with the essentials with these ten must-know artworks.

At the age of 18, Salvador Dalí began his art studies at the San Fernando Academy of Art in Madrid where he was introduced to and subsequently experimented with new styles and techniques. He painted Cabaret Scene in 1922 during his first year at the Academy. He didn’t meet Pablo Picasso until a trip to Paris in 1926, but Dalí was certainly influenced by Cubism at this stage in his career. The painting is almost unrecognizable as a Dalí, but it marks the beginning of the artist’s experimentation with Modernism.

The Accommodations of Desire (1929)

At first glance, The Accommodations of Desire appears to be a work of oil on canvas. In reality, this piece is a collage of oil paint and printed paper (likely cut from a story book) on cardboard. It’s said that Dalí created this piece at the start of his affair with poet and fellow Surrealist pioneer Paul Eluard’s wife, Gala, who would later go on to marry Dalí. This mixed media artwork of seemingly random images is possibly an expression of the artist’s sexual anxieties and deep-seated fears related to betrayal. 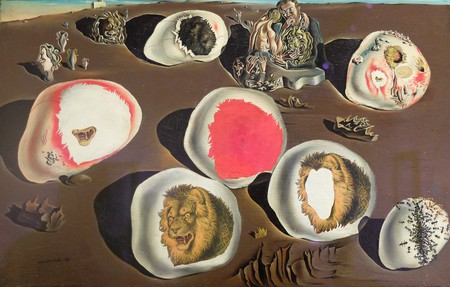 The Accommodations of Desire | © art@aditi/Flickr

Dalí’s experimentation with film is a surprisingly unexplored side of the artist’s work. He met filmmaker Luis Buñuel at school in Madrid. The two collaborated on a short film titled Un Chien Andalou in 1929, and reconnected for L’Age d’Or the following year. Fully embracing the ideals of Surrealism, the film criticized bourgeois society and the Catholic church, and even included lines from the Surrealist Manifesto in its original program. The film offended droves of onlookers, and was banned in France until 1979.

Arguably the artist’s best-known work, The Persistence of Memory serves as one of the purist examples of Surrealist art. The painting depicts time – represented by a series of clocks – appearing to melt, and a fragmented, almost unrecognizable face laid on the barren ground. Dalí painted The Persistence of Memory when he was 27, and it remains one of the most important works of art to date. 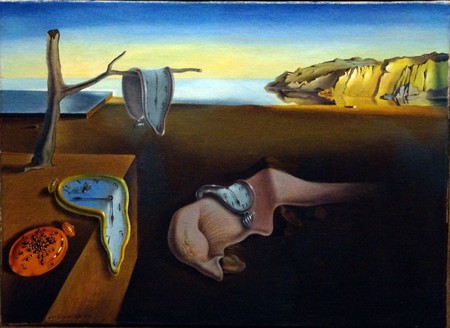 The Persistence of Memory | © Mike Steele/Flickr

Central to the Surrealist movement was the subconscious mind; the idea that objects, places, and experiences can be representative as well as literal. Dalí constructed the Lobster Telephone in 1936 to exemplify this concept by juxtaposing two seemingly unrelated things. While neither the lobster claw nor the telephone appear strange on their own, the pairing is inexplicably jarring to behold. Dalí made these telephones from a series of different models in a variety of colors, but all of these works foster a discomforting feeling – which is precisely the idea. 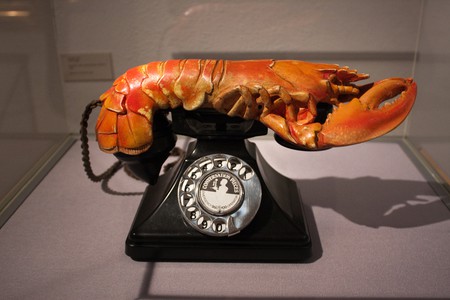 Printemps Necrophilique is so ethereal that it almost appears incomplete. On the left side of the painting sits a male figure in the sand, not too far from a small cluster of humble buildings – perhaps homes. Nearby, a flower-crowned woman stands, possibly hiding, behind a cypress tree in the foreground of the painting. The space to her left is almost hallucinogenic. This painting is a prime example of visual Surrealism, following the canvas from realistic depiction to subconscious, dream-like representation.

Mae West was an American actress and playwright with an astounding Hollywood career that spanned over seven decades. Dalí never clearly substantiated his fascination with West, but he used her lips as inspiration for Mae West Lips Sofa. The piece was commissioned by the Surrealist poet Edward James, and emits a rather charming and flirtatious energy. The design has been re-created with several variations, and saw a particular resurgence in popularity in the mid-2oth century. 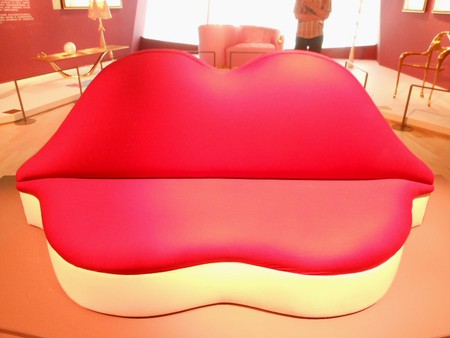 Portrait of Pablo Picasso in the Twenty-first Century (1947)

Dalí’s portrait of Pablo Picasso is both a homage to and a dig at the artist. Undoubtedly, Dalí respected and was inspired by Picasso’s unparalleled influence – particularly at the beginning of his career. However, the portrait depicts Picasso as an old, almost devilish man, with a snake-like tongue and aging skin melting off of his bust. The portrait is far from flattering, as Dalí went on to view Picasso as a proponent of ugly distortion. As two formidable 20th century Spanish artists, the rivalry was tangible – but both figures remain the most heralded and pioneering icons of their respective artistic movements.

Dalí worked in several traditional artistic mediums, as well as some lateral mediums such as brand design. Further into his career in 1969, the artist designed the logo for Chupa Chups – a candy company who claimed to have essentially invented the lolly-pop. The company was looking for a colorful, contemporary design, and commissioned Dalí to rebrand their wrappers. Chupa Chups still bear Dalí’s bright red and yellow logo, with many consumers unaware of the art history behind it. 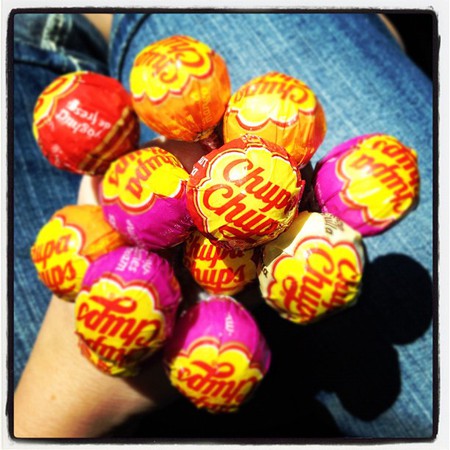 In the years before his death in 1989, Dalí experimented with new styles. The Swallow’s Tail is part of a series inspired by the Catastrophe Theory postulated by mathematician Rene Thom. The work is a rumination of pain and beauty, akin to the graceful curves of a cello juxtaposed with the geometric representation of a swallow’s tail. Dalí believed that Thom’s theory was “the most beautiful aesthetic theory in the world.”