Why Has This Murder Case Gripped France Since 1984? 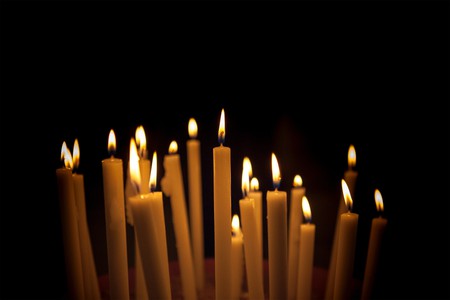 The murder of a four-year-old boy, Grégory Villemin, in a small town in France in 1984 captivated the French public’s attention. It’s a tale that involves family feuds, revenge, money and suicide and no one has yet been successfully charged with the crime.

Unsolved children’s murders tend to be a source of captivation. Like JonBenét Ramsay’s case in the US in 1996 (where a little girl was found dead in her home), the murder of Grégory Villemin took hold of the French and still persists in the public consciousness.

A Sleepy Village, Normal In Every Way

The little village of Lépanges on the Vologne river is tiny. It’s in north-eastern France, deep in the countryside. The hamlet has a few shops, a station stop for passing trains and under a thousand residents. The Villemin family – Christine, Jean-Marie and their four-year-old son, Grégory – were seemingly ordinary. Jean-Marie, the father, worked as a factory supervisor. 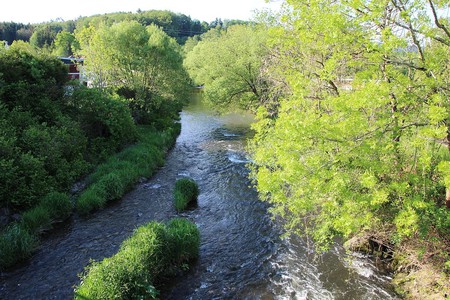 The Vologne river where Grégory's body was found | © Lionel Allorge/WikiCommons

Just before Grégory’s death, the family began receiving anonymous phone calls and letters claiming vengeance against Jean-Marie, the boy’s father. No one has yet identified what the crime in question was, but the person was nicknamed, “The Crow”. On the day of October 16th 1984, Grégory was playing outside the front of his house when The Crow rang to say that he had taken the boy and thrown him into the river Volognes. Grégory was found in the water with his hands and feet bound and a hat over his head. A note arrived the next day saying, “I hope you die of grief, boss. Your money can’t give you back your son. Here is my revenge, you stupid bastard.” (“J’espère que tu mourras de chagrin le chef. Ce n’est pas ton argent qui pourras te redonner ton fils. Voilà ma vengeance. Pauvre con”). 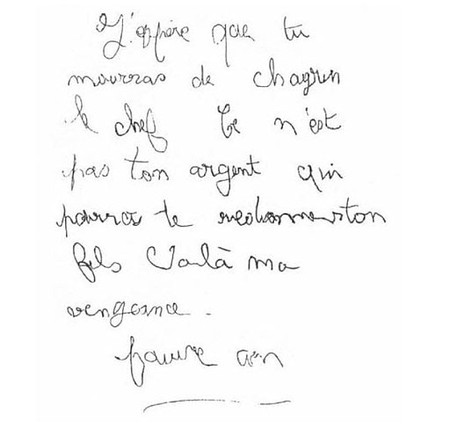 Grégory’s father’s cousin, Bernard Laroche, was turned in by his sister-in-law who claimed she had evidence that he had killed the boy. His signature apparently also bore some resemblance to that on the letter. However, the sister-in-law later recanted her testimony and police decided there wasn’t enough evidence to charge him. In February 1985, as charges were dropped, the boy’s father was furious and declared in public that he would kill him. He shot Laroche as he was leaving work on March 29th, 1985. The father was sent to prison for five years. 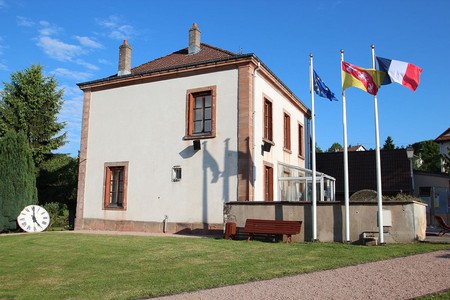 The Mother Is Charged, Tried, And Eventually Acquitted

At the same time as the boy’s father shot his cousin, police claimed that the handwriting on the note matched that of the boy’s mother, Christine. She was indicted and sent to prison – where six months pregnant she went on hunger strike – but she was later cleared of all charges in 1993, after a long legal battle.

Since that time, there have been several rounds of inquiries. The case was reopened in 2000 to test the handwriting, in 2008 to DNA test the rope fibres and again in 2013 to test Grégory’s clothes. All were inconclusive. In another dramatic twist, police named Grégory’s great-aunt and great-uncle in June 2017 but both have invoked their right to silence since they have been placed under suspicion. It seems that 33 years after “Petit Grégory” died, the truth is still waiting to be found.