Where to Commemorate WWI in France 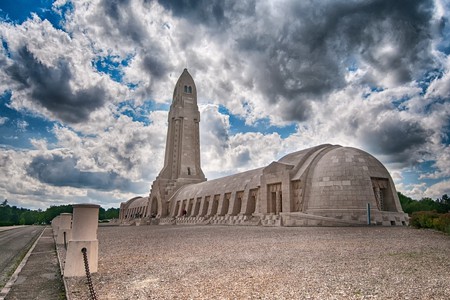 Pilgrimages to areas of the world that were involved in WWI and WWII are becoming popular, as people contemplate the future by remembering the past, “lest we forget”. The statistics of the people who lost their lives in WWI are truly shocking, even 100 years after the end of the conflict. It’s well worth visiting one of these spots in France, to truly bring home the sacrifice that was made.

The First World War took place mostly across the fields and towns of Belguim and northern France. There are many moving tributes in Belguim such as the Flanders Field Museum in Ypres and the Memorial Museum of Passchendaele 1917.

Commemoration sites along the Western Front

The beginning of World War I was highly mobile. As the Germans pressed on through France, they were finally stopped at the Battle of the Marne in September 1914 by British and French troops. They were pushed back into trenches that became known as the Western Front. It was a line that ran 450 miles across France and is naturally where you’ll find the places to commemorate the soldiers who lost their lives. 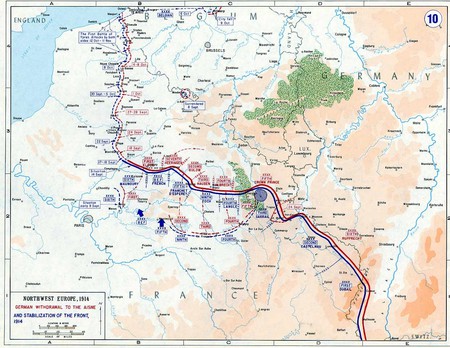 The Remembrance Trail of the Battle of the Somme

There is a trail to take along many of the sites of the Battle of the Somme, near Amiens. The Somme was one of the worst battles in the history of the war when 60,000 British men lost their lives on the first day. The trail takes in many of the remarkable and solemn monuments of the war, including the British memorial at Thiepval and Beaumont-Hamel. The newly updated and revamped Verdun memorial is impressive – this commemorates the biggest defeat suffered by the French forces. 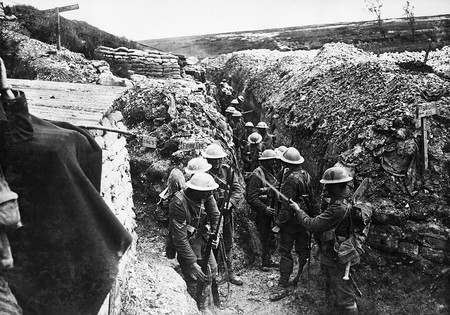 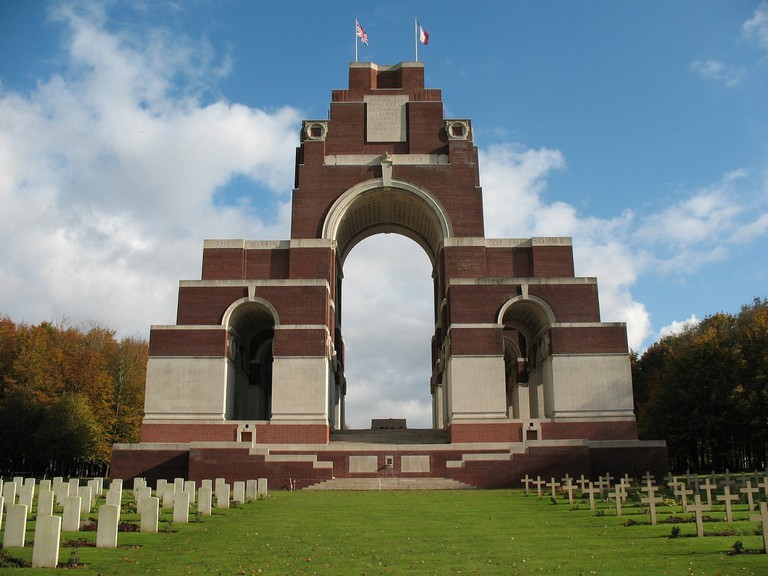 The Thiepval Memorial is the largest British war memorial in the world at 45 metres high and was designed by architect Sir Edwin Lutyens. The British government gave the go-ahead for its construction in 1932, in order to commemorate the 72,205 British and South African men who lost their lives in the fighting between July 1915 and March 1918 in the Somme region of France. The battle to take Thiepval was conducted throughout 1916 and was a major disaster for the British army. 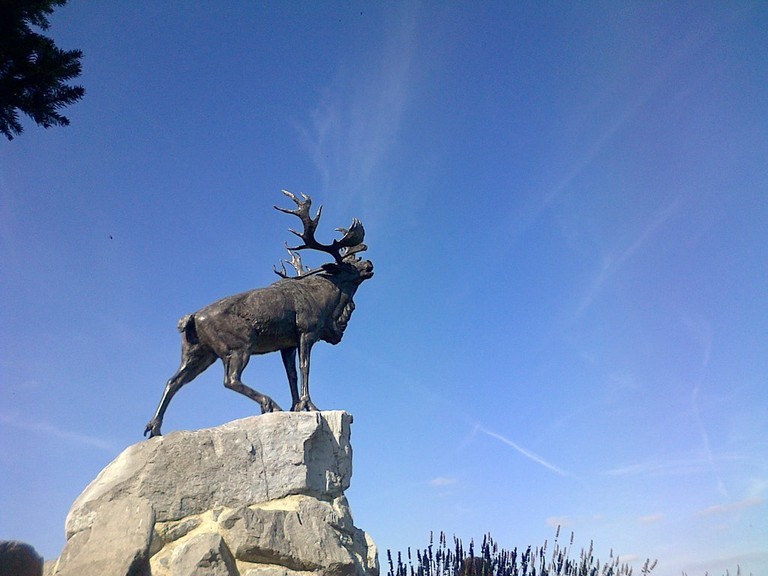 Like many other Commonwealth countries during World War I, Canada raised a volunteer army to help fight. After serving in the Gallipoli campaign, they joined the Western Front for the first day of the Battle of the Somme on 1 July 1916. Of 801 soldiers who found themselves facing heavy machine gun fire that day, only 68 went on to fight on day two. The memorial is set across 74 acres to commemorate those who lost their lives on the hills at Beaumont-Hamel. At its centre is a giant bronze caribou, the emblem of the Royal Newfoundland Regiment. 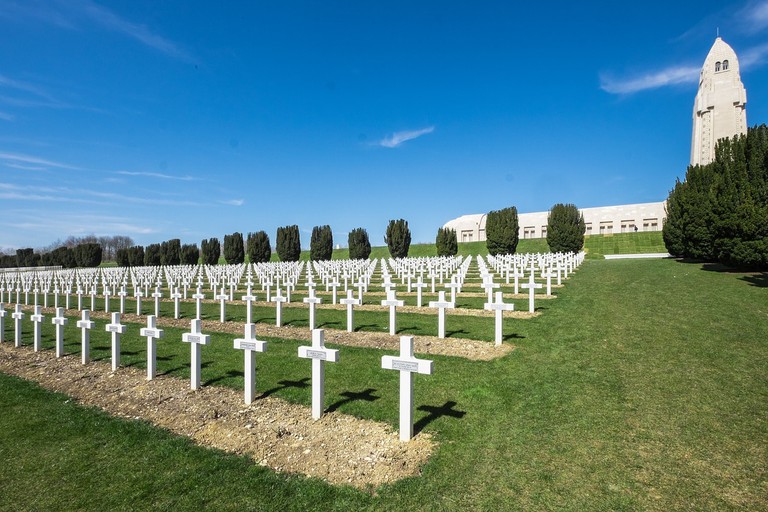 The battle of Verdun is the one that affected France the most. Waged near the small city in northeastern France, the French army fought the Germans in the longest battle of World War 1. It was fought between February and December 1916 with terrible casualties on both sides. More than 305,000 people were killed or missing and around 400,000 wounded. The vast amount of casualties here and sheer scope of the fight meant that Verdun became forever cast in people’s minds as the best representation of the futility of the Great War. Fighting continued around Verdun until 1918. The memorial building is set out on three floors, where visitors can take the trail through the war: the ground floor focuses on the soldiers’ experience; the second floor covers the background to the war and the countries involved, and the battlefield can be seen from the top floor. 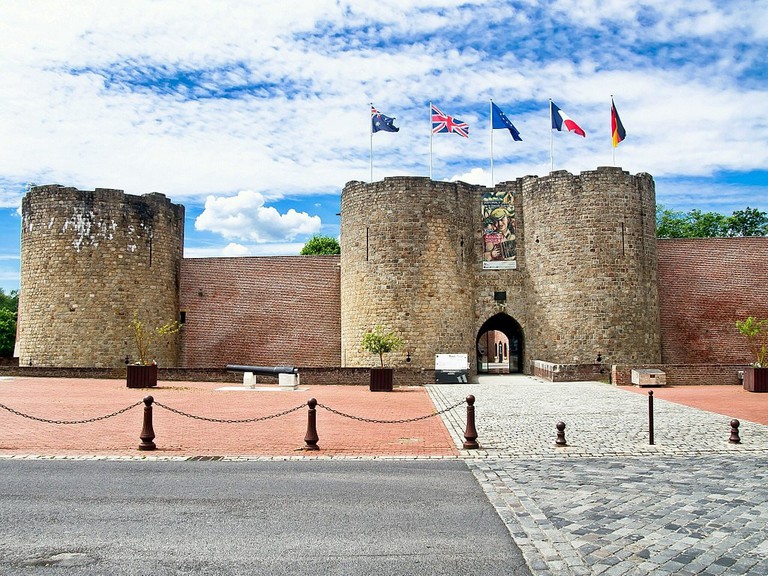 The Historial de La Grande Guerre is actually two museums in one and The Telegraph newspaper in Britain cites this as the best French museum covering World War I. The Péronne Museum sits in a medieval castle in the town of Péronne, south of Arras, but the Historial also covers the Thiepval Memorial. 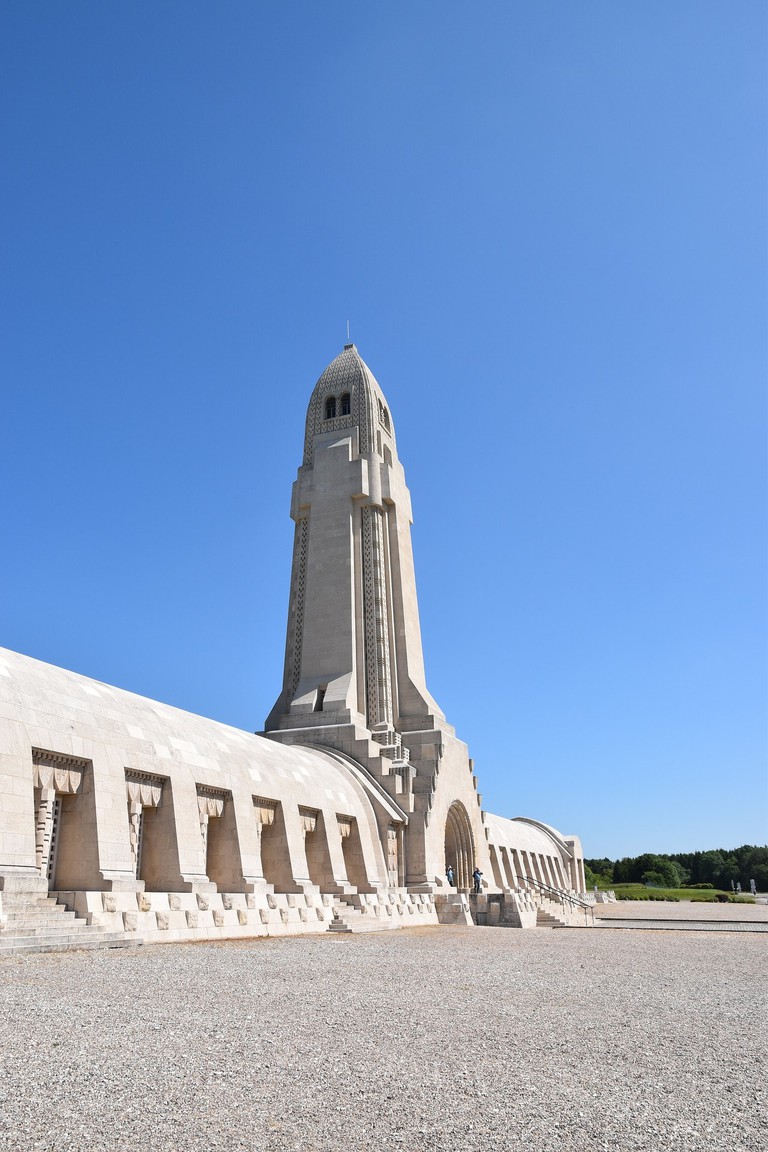 Next to the newly refurbished Verdun Memorial is the Ossuaire de Douaumont. An ossuary is where the remains of people are laid to rest and the one at Douaumont commemorates the 300,000 soldiers, both French and German, who were killed in the 300 days and nights of fighting at the Battle of Verdun in 1916. It is said that 26 million artillery shells were used.