From working for small-scale boulangeries in the UK, to managing and directing the openings of several high-end ‘bread boutiques’ across Asia for his company, Paul, Franck Heuzé has become a name to watch out for in the world of boulangerie. Here, we discuss global cities, inspirations, and the international significance of bread with the renowned boulanger. 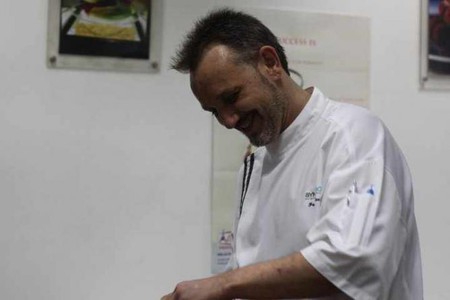 Though also working as a Freelance Consultant for a range of different companies internationally, both big and small, Franck Heuzé is the Director of Production at Paul Boulangerie in Singapore, where, with style and flair, he has been responsible for many innovations and tasty new creations.

As a small child growing up in France, one of Franck Heuzé’s first memories is being asked by his mother to run to the local ‘boulangerie’ to buy fresh bread for the family. However, as he nostalgically reminisces, the intoxicating smell of freshly baked bread often proved too difficult to resist, and there was many a time when he had, by the time he returned home, eaten half the loaf.

Over 30 years on, and several international jobs later, his enduring love for fresh baked and non-artificial bread has accompanied him through his entire career, driving him to create only the best bread from the best products available. Currently, he has brought his passion and expertise to Paul, a global chain of boulangeries, with shops dotted across the entire world. 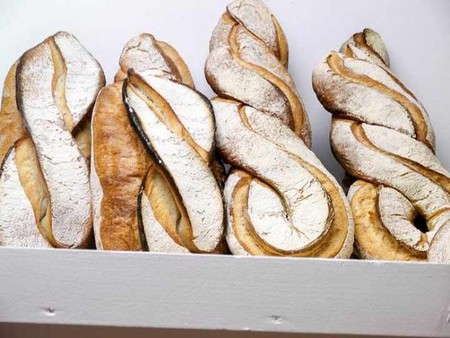 At The Culture Trip, we cover all sorts of diverse topics, from art to food to travel, for every destination imaginable in the world. As you have traveled so much for the sake of your work, which one city would you recommend for our readers, and why?

It’s typical that the first question is the one that’d leave me absolutely stumped. Every place has its own unique flavor, you see, its own special characteristic, and it is always so difficult to tease apart the different factors to make one choice – there are just too many! However, if I were to pick three memorable cities, I would say Taipei for its fantastic atmosphere and friendly people, Seoul for its incredible food and London for its vibrancy and irresistible charm. However, I’ll never admit this to my wife, as I’d be mercilessly teased if I openly admit I prefer London to Paris.

Although you’re a French national, you currently live and work in Singapore, and you’ve also worked in France, the UK, and Thailand. How do you feel living and working in a place that is so different to what you’re used to?

To be quite honest, I absolutely love the thrill and challenge of moving to different countries, so I’ve never actually viewed the different sights and sounds of a new place in a negative light. Perhaps foolishly, or naively, I see every new experience, be it good or bad, as a new piece of knowledge to pick up and absorb, and so I’m perversely optimistic when faced with a difficult situation, in which I’m in a foreign country with an unknown script, an unknown city, and amongst unknown people! I hate to sound clichéd, but I think that adventure is the spice of life. Besides, I’d like to believe that living in countries with different cultures from what I’m used to has made me into a more tolerant individual, but perhaps that is wishful thinking on my part. 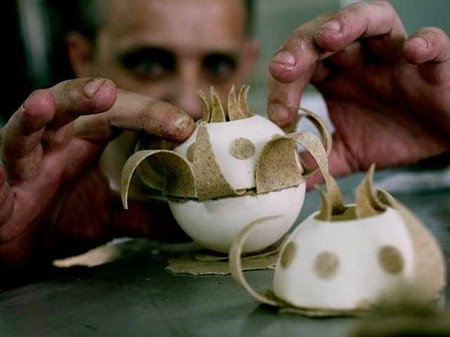 How has this shaped your attitude towards your art, and how has it influenced your imagination?

Well, living in Asia, and experiencing all the visual delights it has to offer, has certainly influenced my designs and creations significantly. I absolutely love the attention to detail and the ornateness of some of the imperial Chinese designs, and I’ve tried to integrate this into many of my bread pieces. When I go traveling to different parts of Asia, I always bring a proper camera with me – you never know when you’re going to stumble across something magical and unexpected, such as a majestic ruin, or an eclectic flea-market. Also, one of my favorite parts of the Chinese culture is its beautiful script, and I’ve whiled away many an hour studying calligraphic designs, and equally, trying to use my expertise to transfer such calligraphy (which in itself is an art form) onto the bread.

Furthermore, as you’ve probably noticed from some of my art pieces, I have had a somewhat childish delight in re-exploring the motif of dragons in Oriental Culture. I loved them as a boy, and I loved dragon lore as well, so, being able to create ‘dragon sculptures’ from a totally fresh cultural perspective has been a marvelous journey into childhood and back.

Even so, I must emphatically state that the profound impact that my travels have had on me is not merely related to design. As a result of living abroad, I’ve learnt to appreciate more and more the range of ingredients and materials that the world has to offer, beyond what I am used to, and beyond what I have been taught. I think it is important to experiment with these materials, and to try to accommodate the different tastes and opinions of customers across the globe. I’m especially fond of experimenting with rice flour (which is an incredibly useful gluten-free alternative to wheat based bread), and trying to create as many bread products from it as possible.

Is there any type of bread that you think is underrated, and which would you recommend for our readers?

I think all bread is underrated, compared to the hype that surrounds all things chocolatey and sweet. However, in an attempt not to be obtuse, I would say that I really like brioche, which has sadly been very much eclipsed by the more attractive and colorful macaroons. I also have a soft spot for crepes, which the region I was born in (Brittany), absolutely excels in. 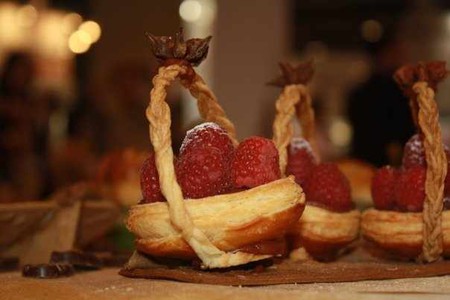 Well, that would be telling now, wouldn’t it? To be quite honest, I am not sure myself! I would like to travel more, explore more, perhaps take on more consultancy jobs in more diverse parts of the world. There’s just so much to do, and regrettably, so little time! It would be lovely to see more of the world though, to be able to experience more of the sensory delights it has to offer…

Perhaps most importantly of all, what made you choose bread, as opposed to chocolate, or pastry, perhaps?

I don’t have a sweet tooth. 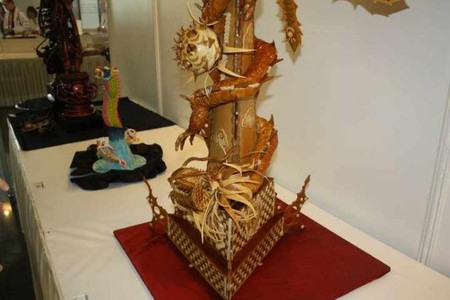 Of course not! I love chocolate as much as the next person. I guess I chose bread because, to me, nothing is more satisfying than the smell of bread, and the feel of dough. I like the act of creation, and I like peering through the oven and watching my creations rise and become golden brown. But I guess I’d better stop waxing lyrical on the beauties of bread.

What do you enjoy most about your craft?

As I’ve said before, I love the act of creation. Trite as it sounds, I also love the idea that I am creating edible and delicious products from materials that look and taste entirely different from the finished product. Most people just see bread as a food to consume, but, like everything else in life, it can be an aesthetic pleasure too, be it gastronomically, visually, or through the sense of smell, and touch. Being able to make people perceive it from that perspective is truly wonderful, and I like to be the person to bring about that appreciation.

I have seen, and have been utterly astounded by, some of the creative pieces from bread that you have baked as showpieces. Where do you get the inspiration for these, and which showpiece are you most proud of?

As I’ve said above, I get it from the environment around me – whenever I go traveling, whenever I go on nature walks with my family, whenever I’m someplace new, or perhaps even not. When my daughter went to Russia on a school trip, I remember specifically requesting pictures of all the fabulous decor and architecture she found there. Anything, I guess, can inspire me, be it the smallest fleur-de-lis on an iron grating, or an austere and majestic statue of colossal proportions. 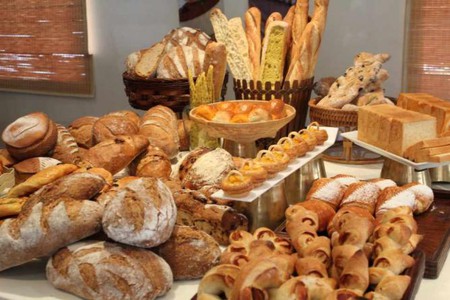 As for the showpiece I am proudest of, to be honest, I’m afraid I don’t have one. Every piece is a new individual experiment in some new aspect of bread creation, be it creating new shades through spray painting, or new patterns through layering different doughs of different flours and hues. So, I’m proud of all of them, because to me, each completed showpiece is an experimental technique successfully carried out, and pioneered. You have no idea how many “drafts” I got through before I finally produce my completed showpiece!