This Tradition Replaces the Easter Bunny in France 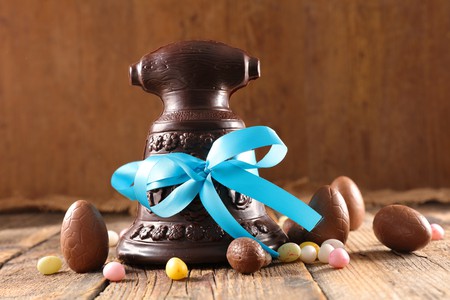 The tradition of Easter chocolate bells is huge in France | Shutterstock

There’s a very old tradition in France which doesn’t actually include the famous Easter Bunny. In fact, the French celebrate Easter with chocolate bells instead. Here’s our guide to this Catholic tradition, what it involves and why it happens.

Easter is the time when Catholic Christians remember the death and resurrection of Christ. As a sign of mourning, Catholic churches and cathedrals don’t ring their bells in the period between Good Friday and Easter Sunday. On the Friday, young children are told that the bells have grown wings and flown to Rome to be blessed by the Pope. On Easter Sunday morning, tradition says that the bells return, bringing chocolate. Then the traditional Easter egg hunt begins, when kids search for hidden chocolate bells and eggs around the house and garden. 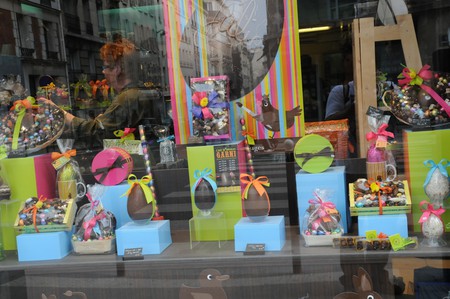 The French word for Easter is Pâques and comes from the Latin pascua, which means food. The egg – as in other countries – represents the rebirth of Christ and there are lots of theories as to why an egg symbolizes Easter. Some people say it represents the boulder at the entrance to Christ’s tomb; others say Mary Magdalene brought cooked eggs to share with the women at His tomb and that they turned red when Christ arose. Yet the most practical explanation is that, because eggs are outlawed by the Catholic Church during Lent, there is always a surplus of them to use up come Easter Sunday. In the past, as in many other European countries, these eggs would have been real eggs, which were emptied out (the yolks and whites were blown out of the shell) and then painted and decorated. 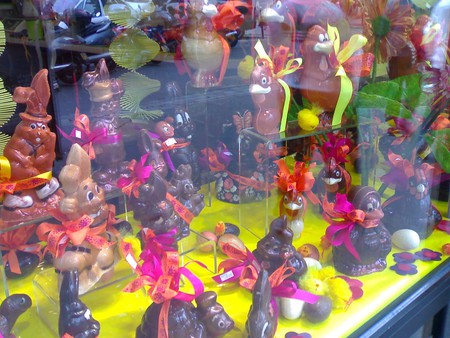 The Easter Bunny is gradually becoming more associated with Easter in France though – particularly in the north, in places like Alsace, on the border with Germany, where bunnies traditionally represent spring goddesses. It’s now more common to find chocolate bunnies in French shops but, on the whole, chocolate tends to still be in the shape of eggs and bells.