This Festival Entails a French Town Being Overrun By Sheep 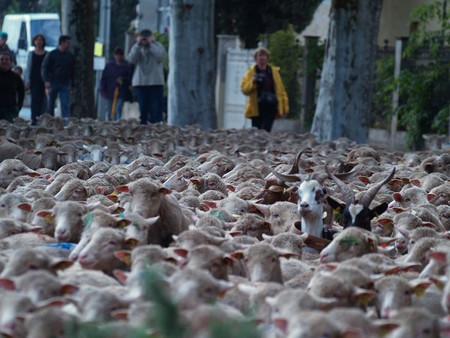 Every year in the south of France, as the weather gets warmer and water becomes more scarce, thousands of animals are moved up into higher pastures to graze for the summer months. This day is called the Transhumance Festival. Read our guide on where to see this amazing spectacle, when hundreds of cattle pass through many French towns and bring everything to a standstill.

The practice of moving livestock from lower to higher land in the summer has been practiced worldwide for centuries. In the south of France, it has now become a big feature on the tourist calendar, because it’s such a wonderful sight.

When To See It

The festival generally happens on Whit Monday, which changes year to year, depending on the dates for Easter. Whit Monday is the holiday celebrated after Pentecost in the Christian calendar (50 days after Easter Sunday). It is often at the beginning of June. You will need to contact individual tourist offices in the south of France to confirm the actual date. 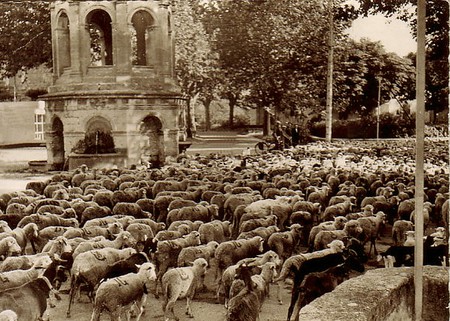 Where To See It

Thousands of cattle passed through the town before heading out into the surrounding hills. In the past, this journey was done on foot over a period of weeks. Now, the animals are taken by truck. 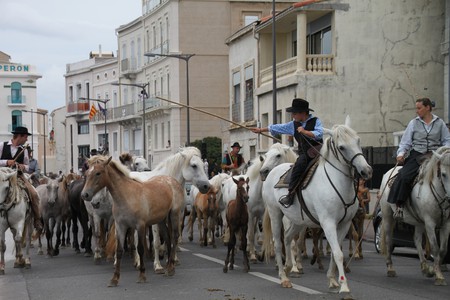 Perhaps the most famous Transhumance is that in Saint-Rémy-de-Provence. Over 4,000 sheep, goats and other livestock are marched through the centre of this picturesque village. It’s a great opportunity to glimpse cultures and customs that are rarely seen in day-to-day lives, where old farming practices proudly take centre stage. For one day, there are exhibitions, parades, and dog shows. You can buy lots of farm produce, eat the local cheeses and breads, and watch the animals walk by. Check out the tourist office for details.

Remember this is the one day when animals rule the town. If you are going to watch the festival, arrive early (before 9am or 10am) and park in the surrounding areas (and don’t expect to leave the town until all the animals have left). Cars are prohibited from the actual town centre and will be towed away. Restaurants can be crowded, so it’s best to book, or take a picnic. Supplement your own food with delicious local treats from the market stalls. Take cash, as distributors can be hard to find in smaller Provençal towns, or the queues are a nightmare. The festival is free to watch. Check dates before you set off.