The Ultimate Guide to the UNESCO-Listed Carnaval de Granville 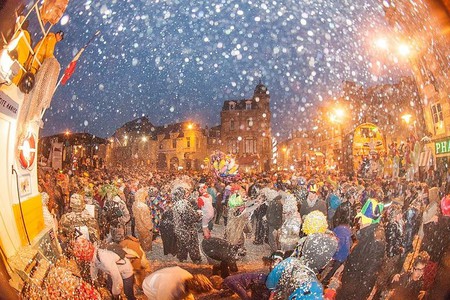 During the four days leading up to Shrove Tuesday (Mardi Gras), the port town of Granville in Normandy throws an epic party known as the Carnaval de Granville. The celebration is so substantial that in 2016, it was recognised by UNESCO for its Intangible Cultural Heritage. If you want to party in the streets with the Granvillais, read on for our guide to this annual gathering.

A brief history of the Carnaval de Granville

The story of the Carnaval de Granville traces back to the town’s maritime heritage. Each year around Mardi Gras, the local fisherman would depart the port for the Grand Banks of Newfoundland, off the coast of Canada, to fish for cod. A farewell party was thrown as a final hurrah before they set out on their brave journey across the Atlantic. The first officially organised Carnaval de Granville took place on February 7, 1875. The festival attracts over 100,000 spectators each year in a town whose population is a little over 13,000. 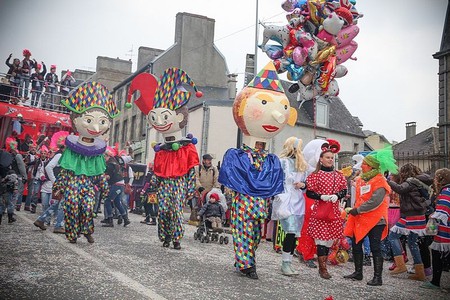 Preparation for the event begins well before the Carnaval de Granville is underway. The planning committee, whose 2,500 members are known as Carnivaliers, work on crafting the floats up to six months in advance of opening night. The local government assists with logistics as well as with constructing the floats, which typically feature satirical figures that relate to current events, celebrities and politics. 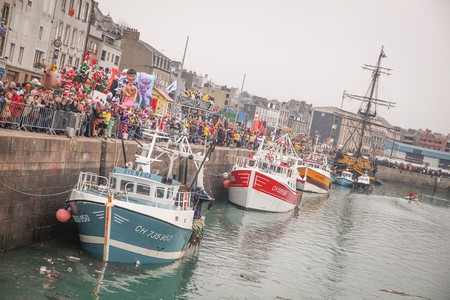 View of the carnival-goers from the port | © Philippe Fauvel / WikiCommons

What are the festival’s main events?

The festivities kick off on the Friday night before Mardi Gras with an opening concert and the Mayor of Granville presenting the ‘Carnival King’, a paper-mâché figure who serves as a mascot for the days to follow. The following day is the children’s parade, where young kids have the chance to celebrate by marching through the streets while the Carnival King, perched on his chariot, joins along. On Sunday is another parade, this time comprised of fanfare, costume-wearing townspeople and the earlier mentioned floats. Come Monday is the bal des Carnavaliers where the organisers get together for a ball and celebrate the outcome of their efforts. 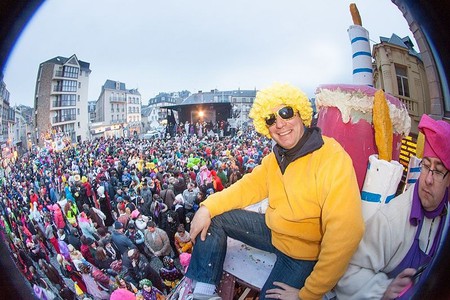 Shrove Tuesday, the final day, sees many rituals that wrap up the event. The Carnival King faces his fate and is cremated on the water by the port, followed by a confetti battle in Cours Jonville, Granville’s main city square. The final evening is known as ‘the night of intrigues’; masked carnival-goers make their way through the streets and bars to tell jokes, share gossip or settle debates with their fellow citizens. These intrigues serve as a sort of freedom for public speech where, fully costumed, people feel free to air their grievances. 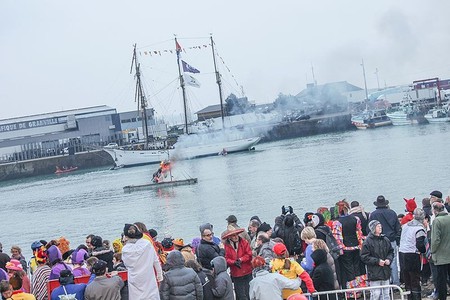 Preparing for your stay in Granville

Getting to Granville is made simple with direct trains from Paris and a total travel time of about three hours. While in Granville, be sure to check out some other notable sites in town. Granville is the birthplace of renowned French designer Christian Dior and his former bubble gum pink seaside villa now houses a museum dedicated to his legacy and work. You could also venture to the stunning Chausey Islands, located just one hour by boat from Granville. For a place to rest come day’s end, opt for Le Grand Large Hotel, located just a 15-minute walk from the train station and with rooms that overlook the ocean.