The Truth About Joan of Arc, the Teenage Girl Who Commanded the French Army 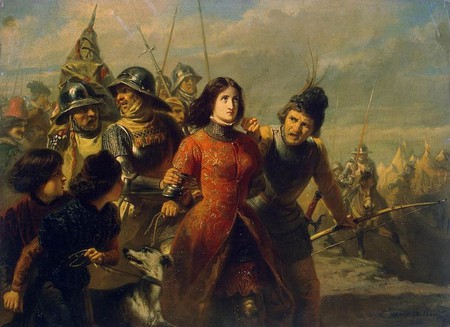 The capture of Jean d’Arc by Adolphe Dillens | © WikiCommons

Joan of Arc rose from a medieval peasant girl to a saint of the Catholic church. Legend says that despite having no military training, she led France to victory during the Hundred Years’ War thanks to divine guidance, later burning at the stake aged just 19. However, there are some misconceptions behind this story that merit clarification.

Joan of Arc is a national heroine in France, whose very name conjures up a mythical and mysterious sense of glory. With the belief that she’d been chosen by God to act upon divine guidance, this courageous young girl persuaded the prince Charles of Valois to let her lead the French army to the besieged city of Orléans. The heroic act inspired an incredible victory over the English – but that’s not the whole story.

Joan of Arc (Jeanne d’Arc in French) was born around 1412 to Jacques d’Arc and Isabelle Romée, a peasant family of farmers in the small village of Domrémy in northeastern France. The most pressing misconception comes down to the mystery of her name. 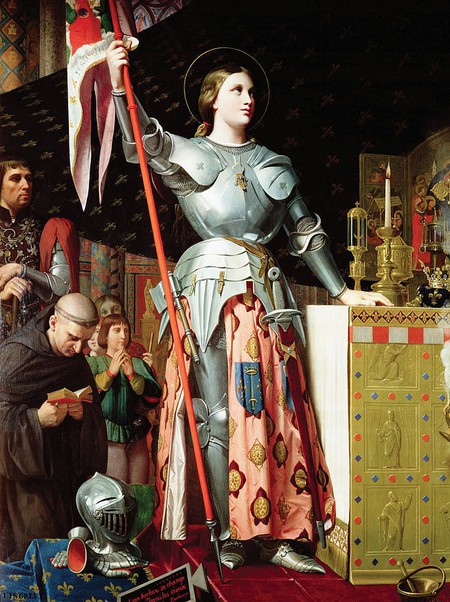 Joan at the coronation of Charles VII, by Jean Auguste Dominique Ingres in 1854 | © WikiCommons

When she was tried in 1431, Joan referred to herself only as “Jehanne la Pucelle” (Joan the Maid), claiming that she didn’t know her last name. Some historians say her name was Jehanne d’Arc, Jehanne Tarc, or possibly Jehanne de Vouthon, but no one can be sure because surnames weren’t fixed or even widely used in medieval France like they are today.

There is some evidence that suggests she was Jehanne Romée, but only because “Romée” was used to describe a person who had made a pilgrimage to Rome. In any case, she was much more likely to have been called Jehanne — or Jehanette – by her peers, rather than the Joan we say in English or the Jeanne in French.

The origins of this heroine might not be so humble

The myth surrounding this mysterious peasant girl, who rose from humble origins in the village of Domrémy to heroic sainted status, has inspired people for centuries. But historians have been quick to question the likelihood of such humble beginnings, with some even arguing she wasn’t actually a peasant in light of her exceptionally rare talent. 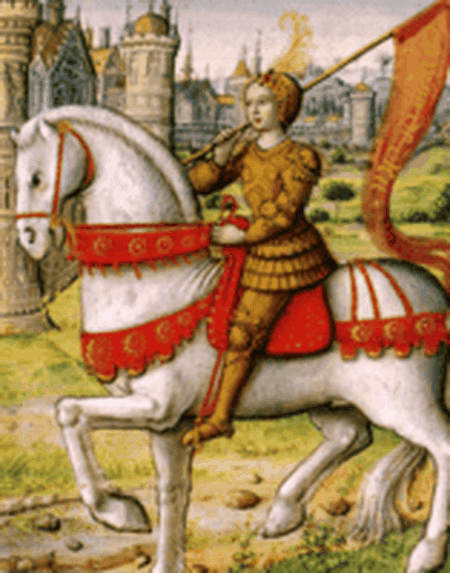 Jean d’arc on a horse | © WikiCommons

Typically, young peasant girls would spend their days spinning or weaving, maybe even carrying water. Whatever their household task, they certainly wouldn’t be learning to ride trained warhorses, nor were girls even allowed to pick up a sword. And yet, the young girl arrived unscathed at Chinon in February 1429 after riding for 11 nights at high speed, unfazed by the dangerous unlit forest and atrocious weather conditions with it being the middle of winter.

Skeptical historians say that if she could ride a warhorse that well, then the peasant origins couldn’t be probable. She consistently demonstrated exceptional horsemanship, from extinguishing the flaming banner in Orléans to the couching of her lance on Ascension Day, not to mention the iconic leading of the mercenary troop at the end of her life. How could she possibly be so skilled without being taught? 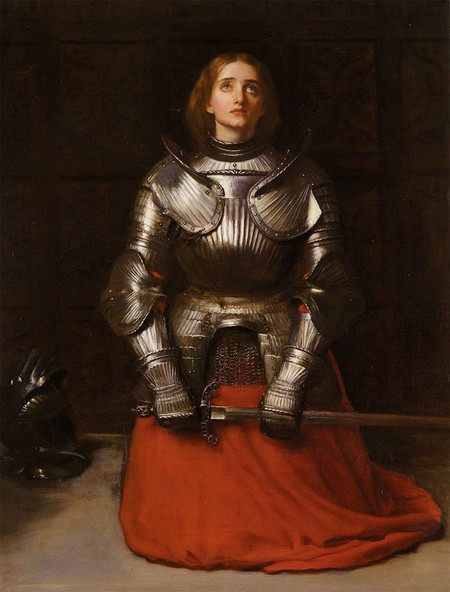 The same puzzle also applies to her impressive grasp of battle tactics, which would have been unlikely if she really was a peasant. In medieval times, noble families had to spend incredible amounts of money to teach their sons the intricacies of battle strategy, how to ride, and how to handle knightly weapons like a lance, swords, and a shield.

And yet, according to the legend, Joan of Arc was somehow equipped from birth with the strength, skill and strategic knowledge to lead a whole nation to glory, despite her poor peasant upbringing.

Of course, the legend insists that her success had nothing to do with whether her origins were humble or not. What matters was that her pious mother imbibed her with a deep love for the Catholic Church, which enabled her to be the perfect messenger from God. 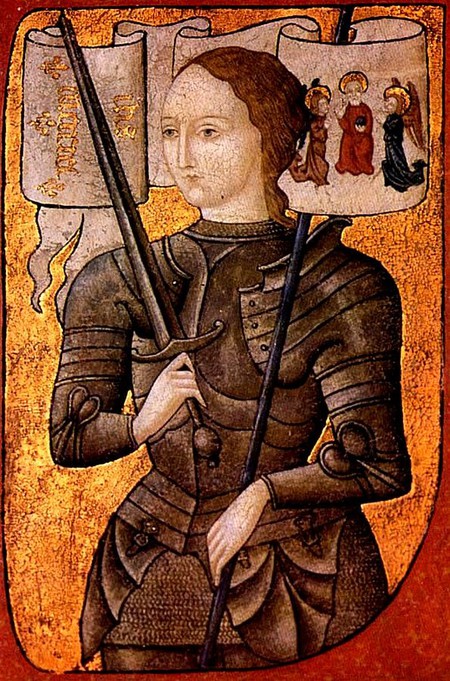 From the age of 13, Joan allegedly began to experience visions of the Archangel Michael, Saint Margaret, and Saint Catherine of Alexandria. These visions told her to recover France from English control and reinstate Charles VII as its rightful king, a mission she should fulfill with divine purpose.

However, there are certain details about these visions that have led modern doctors and scholars to argue over an alternative explanation. According to accounts from her Maid, a bright light often came with the visions, and apparently, Joan could hear the voices more distinctly when bells were rung. 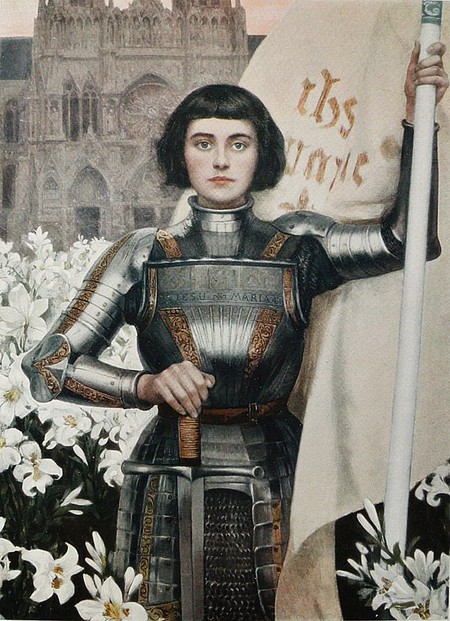 Due to the fact she heard voices, some experts have suggested Joan suffered from neurological and psychiatric conditions that triggered hallucinations. Whilst no one can be sure, based on modern day research it could include anything from bipolar disorder to brain lesions, as well as epilepsy and schizophrenia, or even just migraines.

Another bolder theory suggests that she might have even contracted bovine tuberculosis since this also leads to seizures and dementia. This could have been caused by drinking the unpasteurized milk of her childhood or from tending to the cattle on the farm.

But whatever the story she wasn’t a witch

It’s well known that she burned at the stake for witchcraft in 1431, and aged just 19 years old, but not everyone knows the circumstances in which she was actually convicted.

Not long after seeing the prince crowned King Charles VII as the visions professed, Joan fell into enemy hands of the Anglo-Burgundian forces.

The capture of Jean d’Arc by Adolphe Dillens | © WikiCommons

The reason that stuck for Joan of Arc burning at the stake was the witchcraft accusation. But in fact, there were 70 charges against her. These ranged from stealing horses to claiming that God had directly contacted her, as well as the sorcery she was widely scandalized for. But by May 1431, these 70 charges had been narrowed down to just 12, mostly related to the fact that she wore men’s clothes. 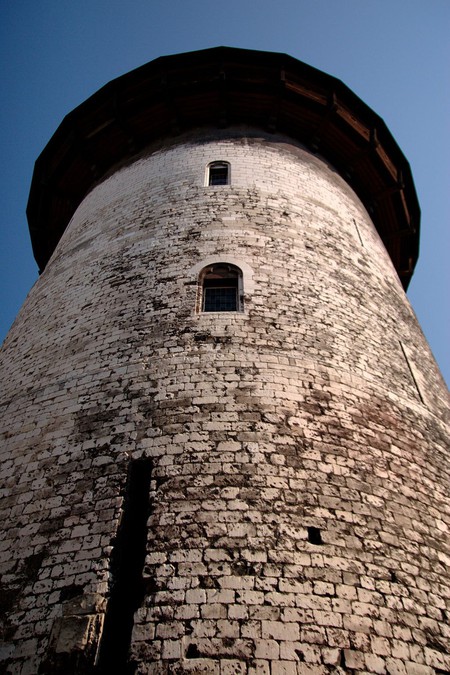 Joan d’Arc was imprisoned in this tower | © Edhral / WikiCommons

Whilst Joan signed a document confessing her alleged sins, and swore that she’d change her ways in a bid to barter life imprisonment instead of death, she soon slipped back into men’s clothes and claimed the voices had come back. So it was actually these two acts deeming her a “relapsed heretic” that sent Joan to the stake on 30 May 1431, and not any of the other charges.