The Top 10 Things to Do in Rouen, France 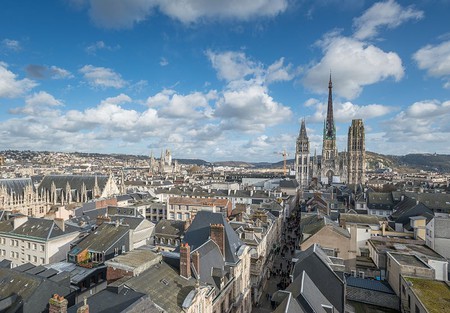 One of Normandy’s capitals, Rouen is a vibrant city defined by beautiful architecture, creative minds and a storied past. Whether you’re visiting one of its famed monuments, retracing its fascinating history or getting lost in its colourful streets, it is a city that is sure to engage. Before you go, read our list of the top 10 things to see and do in Rouen, France.

Discover history and art at its museums

As a city that has been celebrated by artists and carries a deep history, there is no shortage of museums to visit in Rouen. Art lovers will enjoy a visit to the Musée des Beaux-Arts, which holds the second-largest collection of Impressionist works in France. For something a bit more unique, head to the Musée Le Secq des Tournelles where wrought iron creations hang from the walls of a former church. The Musée de Rouen caters to fans of natural history and antiquities and the Musée de la Céramique will please admirers of fine pottery. No matter your taste, the city is able to offer something to your liking. 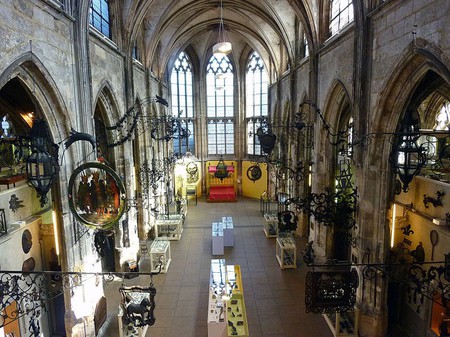 Retrace the history of Joan of Arc

Rouen saw the tragic end of Saint Joan of Arc’s life, a legacy that continues to leave its mark in the city. Follow in her footsteps beginning with a visit to the Historial Jeanne d’Arc, her trial site turned museum that provides visitors with an interactive visit, walking them through the history of Joan of Arc and the legend that surrounds her. Approximately one kilometre away from the museum is the Joan of Arc Tower, the former dungeon where the Saint was locked up during her trial. Then, the Église Sainte-Jeanne-d’Arc de Rouen marks where she was burned at the stake for heresy. The church is a unique building in the town’s Old Market Square and its interior is lined with stunning stained glass windows. Outside is a statue of Joan of Arc, said to be stationed in the very spot where her life ended. 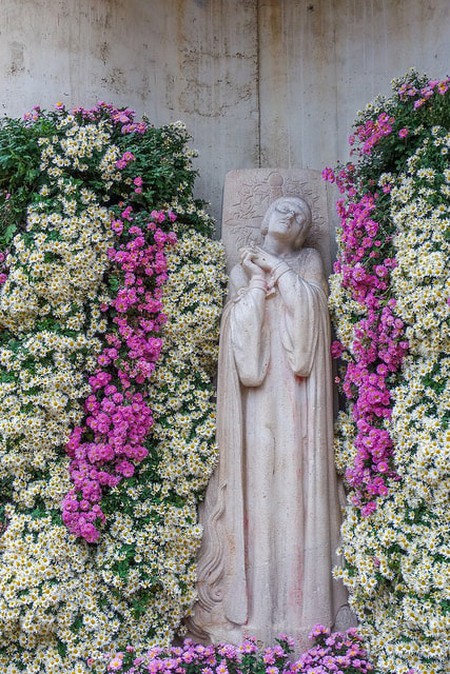 The Old Market Square once served as the execution ground for guilty prisoners during the Middle Ages. Today, it is one of the main squares of Rouen, brimming with life from the terraces of colourful buildings that line its perimeter. Take a coffee break here and watch the daily life of the Rouennais pass you by or enjoy a night on the town at one of the nearby restaurants. One of the timber houses that lines the square is La Couronne, the oldest auberge in France and where Julia Child ate her first meal in the country. 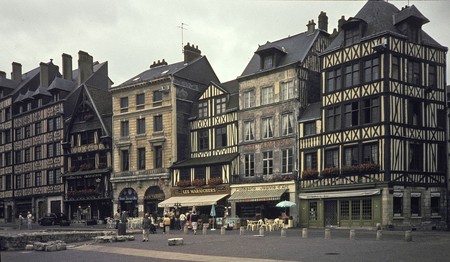 Watch the world go by from a café in Rouen's Old Market Square | © H. Grobe / WikiCommons

Rouen’s streets are lined with photo-worthy, colourful half-timber buildings that make a simple walk around the city reason enough to visit. Be sure to stroll the Rue de l’Épicerie, a former bustling street that was captured in a painting by Camille Pissarro in 1898. Of course, no visit to Rouen would be complete without seeing the Gros-Horloge, a stunning Renaissance clock that arches over the Rue du Gros Horloge and a symbol of the Norman town. The city has also been acclaimed for the street art popping up throughout its metropolis, so keep an eye out for that as well or seek certain works out by using this map.

Enjoy a picnic lunch in the Jardin des Plantes

A sizeable city garden covering 85,000 square metres, the Jardin des Plantes houses plant species from all corners of the world. Highlights include a rose garden, a garden for medicinal plants and an Asian-inspired rock garden. There’s also a greenhouse, a honey garden and an aviary featuring parrots, parakeets and golden pheasants. The gardens are a perfect way to spend a sunny afternoon and are especially a hit for children. 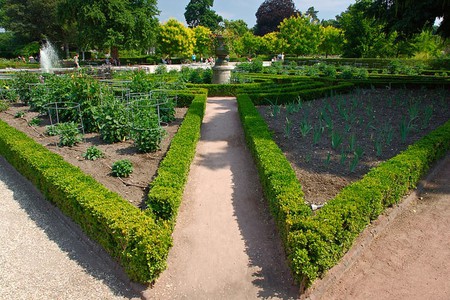 Gather fresh goods from one of the weekly markets

Beyond the city limits, the discovery continues with inspiring villages and countryside scenes. The town of Jumièges is 28 kilometres west of Rouen and is known for its ruins of a former Roman Catholic abbey. Approximately 40 kilometres east of the city is Lyons-la-Forêt, named one of the most beautiful villages in France. Northwest of Rouen, the Château de Bois-Guilbert is a seven-hectare square park showcasing a spectacular garden landscaped by Normandy native Jean-Marc de Pas adorned with sculptures. Those looking to get a bit active can explore the countryside by bike or foot and discover the paths neighbouring the natural park, des Boucles de la Seine. 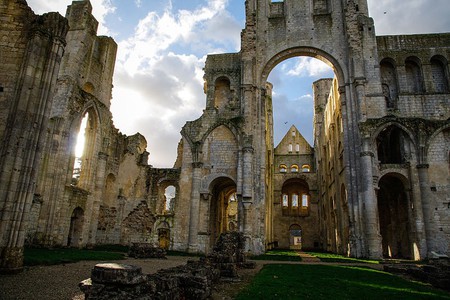 There are many dining establishments in Rouen from simple crêperies to Michelin-starred restaurants. Wherever you choose, you’re sure to get a quality meal using ingredients from the region. Be sure to try Rouen’s famed dish, the Rouen duckling. A recipe originally conceived in 1933, Rouen duckling is a pressed duck cooked using red wine from Beaune, Porto and Cognac and thickened with blood.

Visit its collection of impressive churches

Rouen boasts a number of stunning churches, mostly constructed in Gothic style. Its best-known and domineering of the bunch, the Notre-Dame Cathedral, is by far the most elaborate and captivating and holds the title of the tallest cathedral in all of France. Be sure to not just take in the exterior, as inside is where the embalmed heart of Richard the Lionheart rests in his tomb. The city’s others churches shouldn’t go unnoticed, either: the Church of Saint-Maclou offers a different aesthetic, renowned for its five gabled arches on its facade and the Abbey of Saint-Ouen is a prime example Flamboyant Gothic architecture. 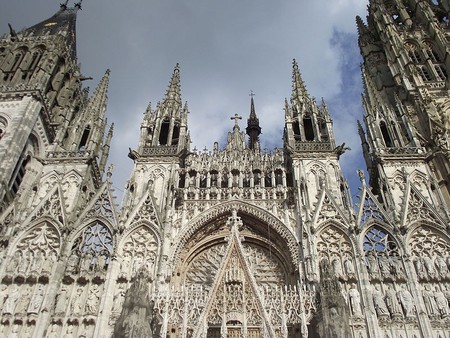 Stroll along the banks of the Seine

Like Paris, the Seine river weaves through Rouen breaking the city into two banks. And also like Paris, the pathway that follows the river’s waters is ideal for an evening stroll, watching as boats and river cruises pass by. Approximately two kilometres in length, the trail begins at the William the Conqueror Bridge and ends at the Rollet peninsula, where you’ll find a large park with a garden and a court for playing a round of pétanque.