The Top 10 Things to Do in Caen, Normandy 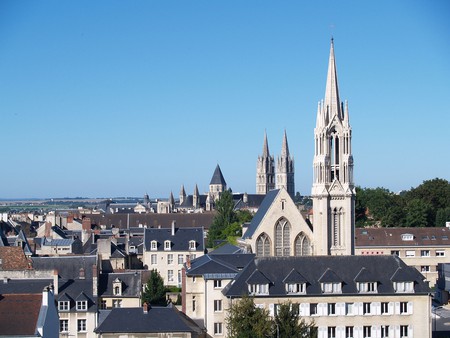 Caen is the third largest city in Normandy, following Le Havre and Rouen. It was founded by William the Conqueror in the 11th century and has since experienced pivotal historical moments, including the siege by King Edward III during the 100 Years’ War and the Battle for Caen during the Second World War. Today, visitors will find an array of monuments and sites commemorating the city’s history, alongside museums, churches, and abbeys. Here are the top things to see and do in Caen, Normandy. 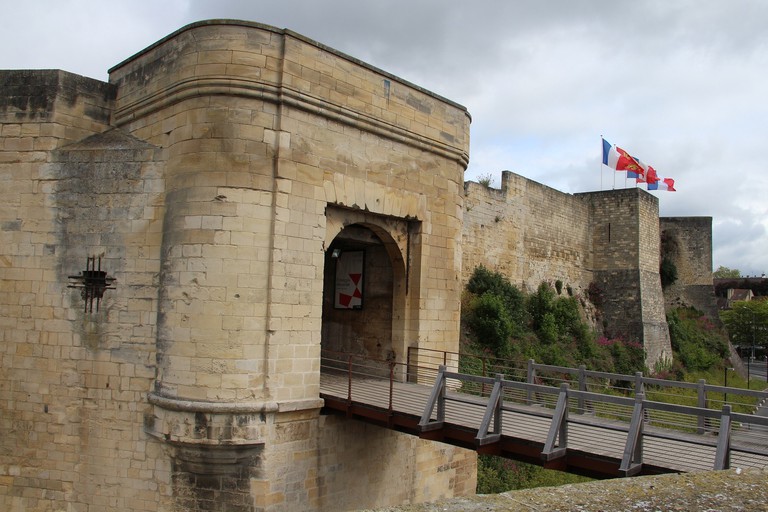 In the centre of the city, surrounded by modern post-war architecture, is the Chateau de Caen (Caen Castle), built by William the Conqueror in 1060. It served as a place of assembly for the Dukes of Normandy and Kings of England, and was a major stronghold for the English during the Hundred Years’ War. During the Second World War, the castle was used as barracks and as a result was heavily damaged. In 1946, a Caennais archaeologist named Michel de Boüard decided to rebuild the castle and restore it back to its medieval roots, using it as a grounds to showcase Caen’s heritage and history. 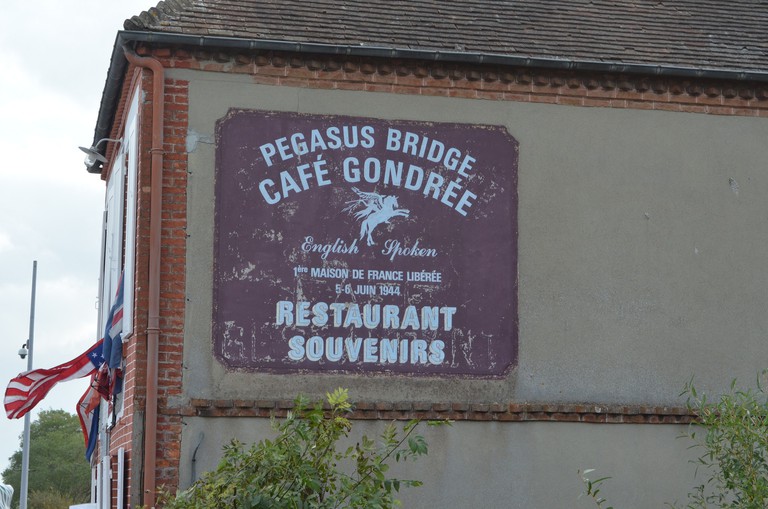 The Café Gondrée, said to be the first liberated house of France in 1944, at the Pegasus Bridge | © Christine Wilson

Pegasus Bridge crosses the Caen canal just 11 kilometres north of the city. It’s a major landmark in Normandy from the Second World War, having been one of the first and pivotal operations on D-Day. While the bridge itself is not a magnificent site, the history behind it is and best visited with a guide who can provide some context (the Tourism Office of Caen can assist with arranging this). The path from Caen to Pegasus Bridge that runs alongside the Orne river also makes it an ideal route for a bike ride. Enjoy a coffee break beside the Bridge at Café Gondrée, still run by the Gondrée family, and said to be the first liberated house in France on June 6, 1944. 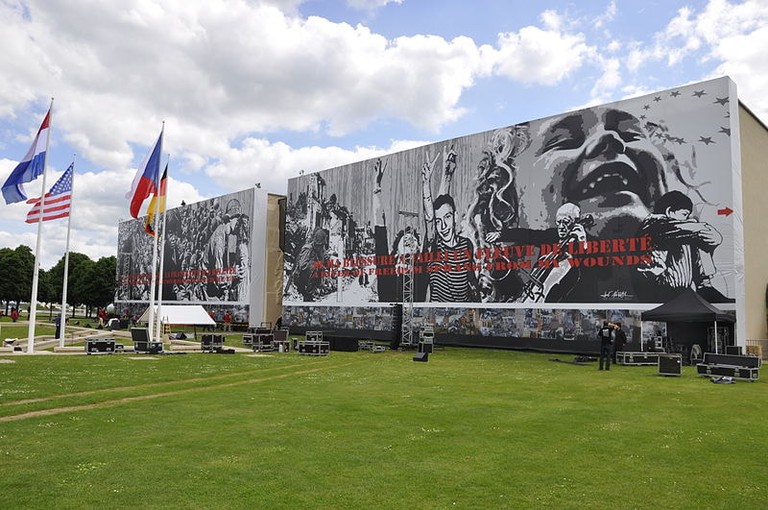 The Mémorial de Caen (Caen Memorial) opened on June 6, 1988 – the 44th anniversary of D-Day. It serves as both a war museum and memorial to commemorate the horrific events that ensued during the Second World War, which were especially gruelling for the city in the Battle for Caen. Every year on June 6, the museum holds a commemoration service in their gardens to honour the fallen Resistance fighters and Allied soldiers. 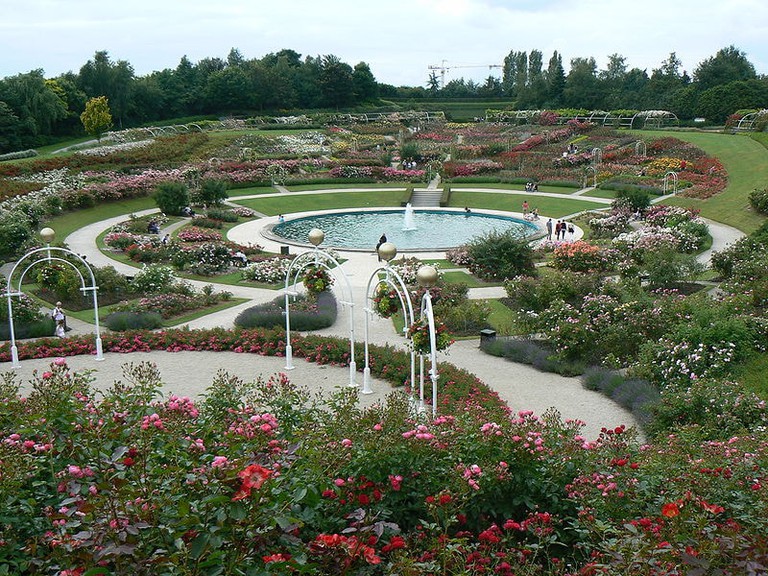 Colline aux Oiseaux, which translates to “Bird Hill”, is a beautifully tended park northwest of the city. As the name suggests, the park climbs up a hill, offering a viewpoint over Caen and its surroundings. Features of the park include a small animal farm, a rose garden and a labyrinth. The landscapers have an organic approach to caring for the gardens, using natural mulch and ladybugs to eliminate aphids. It’s located close to the Caen Memorial, making it the perfect spot to stroll or enjoy lunch after your visit. There are picnic areas as well as a creperie within the park.

Situated within the castle is the Musée de Normandie (Museum of Normandy), which focuses on the history and culture of the Normandy region and featuring archeological and ethnological collections. The museum takes visitors through a timeline of the region, from its Gallic beginnings to the Romans and beyond, through both permanent and temporary exhibitions. 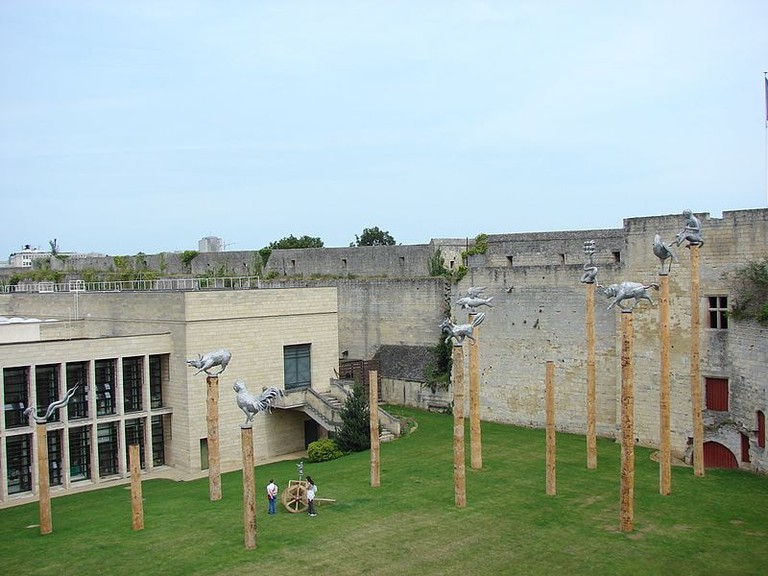 The Musée des beaux-arts de Caen in the castle has an impressive collection | © M.Strīķis / WikiCommons

Also located within the walls of the Caen Castle is the Musée des beaux-arts de Caen (Museum of Fine Arts of Caen), easily spotted by the statue garden in front, which includes works from sculpture greats such as Antoine Bourdelle and Auguste Rodin. As part of its permanent collection, it houses pieces from renowned artists such as Claude Monet, Eugène Boudin, and Gustave Courbet – all of whom found inspiration in the landscapes of Normandy. Along with their permanent collection, the museum holds temporary exhibitions and artist ateliers. Tickets for the museum can be packaged with entrance to its neighbouring museum, the Museum of Normandy. 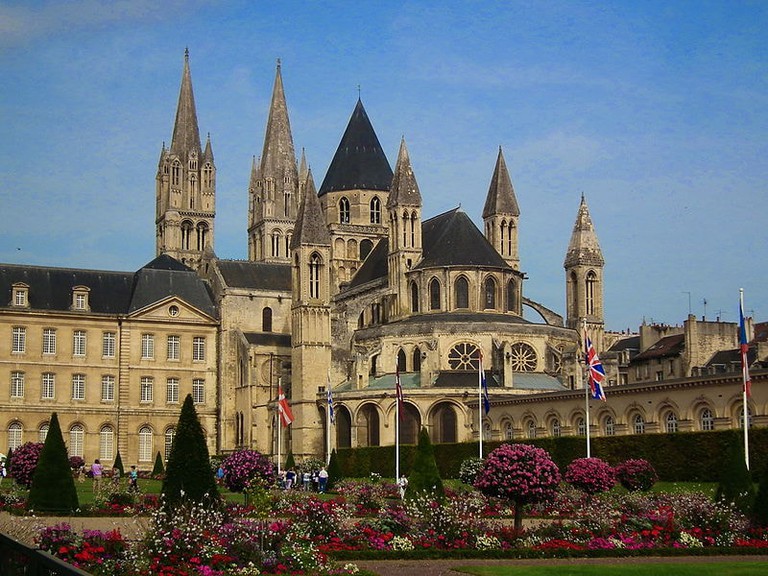 Another architectural feat in Caen created by William the Conqueror is the Abbaye aux Hommes, also known as the Abbey of Saint-Étienne. Built in 1066 and a former Benedictine monastery, today the Abbaye aux Hommes serves as part of the city’s Hotel de Ville (city hall) and houses the former Duke of Normandy and King of England William’s tomb. Built using Caen stone, a Jurassic limestone light yellow in colour, the Abbey is the pinnacle of Romanesque architecture which went on to influence the Abbeys of England. Also worth a visit is its counterpart, Abbaye aux Dames, located two kilometres away, where the tomb of William’s wife, Matilda, rests.

The Vaugueux District is a small yet charming pedestrian-only area that’s lined with restaurants and shops housed in buildings that managed to stay intact despite the damages Caen endured during the war. It is one of the few remaining parts of town that resemble the city as it were prior to 1944. 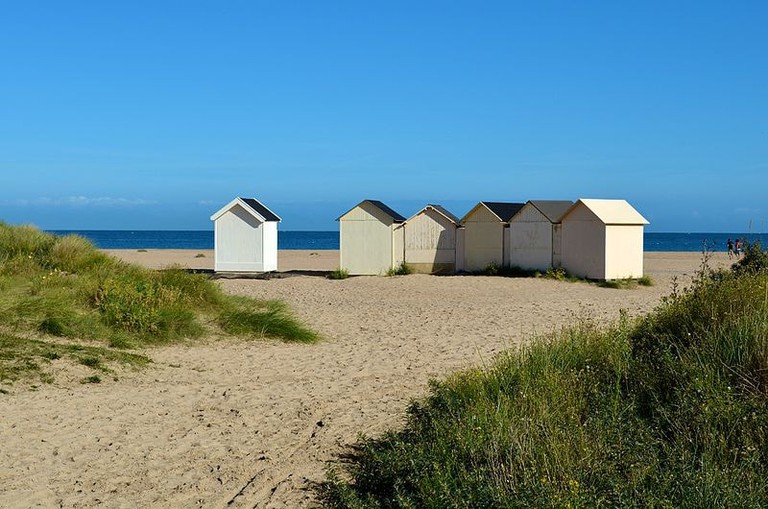 Caen’s proximity to the Channel means beach days come summertime. The closest to the city is Riva Bella in the town of Ouistreham, approximately 20 kilometres away. Alongside sunbathers looking to relax are outdoor adventure enthusiasts who are sailing, kayaking, and stand-up paddle-boarding the waters. Available non-water-based activities include mini golf, horseback riding, and beach volleyball, as well as bicycle rentals. The pathway along the coast makes for a perfect bike ride.

Open In Google Maps
Ouistreham, Normandy, 14150, France
Give us feedback 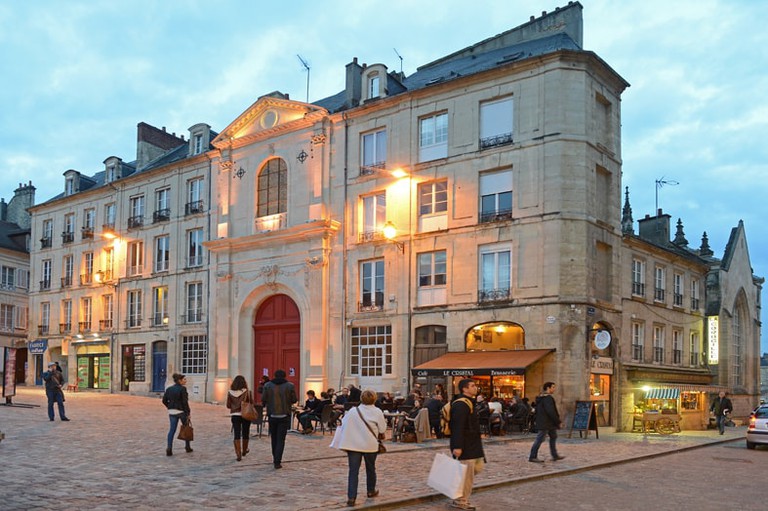 Located on the prettiest square in the city, Place Saint-Sauveur, is Église du Vieux Saint-Sauveur de Caen (Church of Old Saint-Sauveur). This former parish church was founded by the Bishop of Bayeux, Saint Regnobert, during the 7th century and remodelled once during the Middle Ages and again after the Second World War. Its architecture can be attributed to Gothic, Renaissance and a facade in the style of Louis XVI. Today it is used as a place to host artistic and gastronomic events and its surrounding square is the perfect place to grab a drink or coffee.