The Top 10 Things To Do In Petite-France, Strasbourg 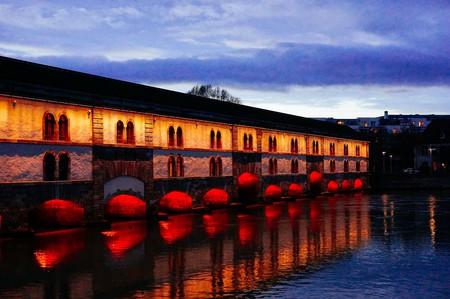 Located on the western side of the Grande Île in Strasbourg, France, the district of Petite-France contains the historical center of the city. Characterized by its canal system and half-timbered buildings, Petite-France is a charming area of Strasbourg that visitors shouldn’t miss. Here is a list of the top ten things to do while you’re there. 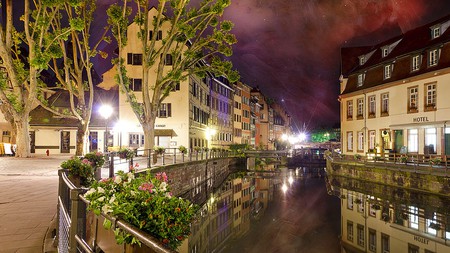 Sometimes the best way to get to know a neighborhood like Petite-France is to simply wander along its streets for a while. Once home to butchers and tanners, this neighborhood was centered on the city’s canals to accommodate those professions’ constant need for water to function. Today, their half-timbered homes situated right on the river still stand, and are a truly beautiful sight to behold. Grab a quick bite to eat at a local café and soak in the historic scenery. When the weather is warm, the neighborhood’s charm is elevated when every house’s window boxes overflow with flowers. Located on the border of the Petite-France neighborhood, the Musée Historique de Strasbourg (historical museum) is worth a visit in order to understand the story behind the area. The museum itself is housed in a 16th century slaughterhouse and each of the detailed exhibits offer a look into Strasbourg’s colorful past, going from a Roman military camp called Argentoratum to the center of European politics it is today. Some highlights include a Gutenburg bible from 1485, and a scale model of the entire city from the 1720s.

Realized by French engineer Sébastian Le Prestre de Vauban in the 17th century, the Barrage Vauban is a dam that spans the width of the River III and was used principally as a bridge and as a defensive structure. Recently renovated to its former glory, the Barrage Vauban currently houses an array of modern art exhibits. After checking out the art, climb up to the bridge’s rooftop terrace – the panoramic views of Petite-France and the Ponts Couverts alone make it worth the visit!

Before the construction of the Barrage Vauban, the Ponts Couverts were Strasbourg’s main defensive structures on River III. They were officially opened in 1250. The name comes from the wooden roofs that were built over the bridges to protect soldiers in times of war but were removed in 1784. However, the name remained and the spot is now classified as a historical monument. The Ponts Couverts are a spectacular way to cross the four river channels that flow through the heart of Petite-France.

Located in the heart of Petite-France on rue de l’Ail, the Popartiserie is a workshop, exhibition place and salesroom created by and for local artists. Visitors to this gallery can view pieces representing all movements of contemporary art, from street art to up-cycled art, all while sipping a glass of champagne. Main exhibitions change every two months, while smaller exhibitions showcasing the work of young local artists change every 15 days. Be sure to check out the gallery’s gift shop, which offers a selection of unusual items and accessories made by local craftspeople and artists.

The largest square in the city center, Place Kléber was made part of a UNESCO World Heritage site in 1988. The square was named after General Jean-Baptiste Kléber whose statue sits in the square’s middle. Not only is Place Kléber home to many luxury shops but there are also several historical points of interest worth visiting here. The Aubette Palace, whose famous inner decoration was recently restored and opened to the public, has been called “the Sistine Chapel of abstract art”, and during Christmastime, a 30 meter-tall fir tree stands in the south-west corner of the square.

The Civil Hospital of Strasbourg is one of France’s oldest medical establishments, originally founded in the early 12th century. Today, the hospital is a part of the University Hospitals of Strasbourg. Located deep in the bowels of the Civil Hospital are the wine cellars, which date from 1395. Patients would sometimes pay for treatments by giving the hospital parcels of land, many of which became vineyards. Today, the cellars produce over 150,000 bottles of wine per year, and the institution uses the profit to buy medical equipment. The cellars are open to the public and reportedly contain the oldest barrel of wine on earth, dating from 1472!

Situated in an abstract metal and glass building on rue de la Haute Montée on the border of Petite-France, Printemps stands out amongst its historic surroundings. Strasbourg’s Printemps offers visitors a wide selection of luxury and affordable brands, all conveniently located under one roof. This is the ideal place to spend a rainy afternoon in the city, and as a bonus, tourists from outside the European Union can grab a tax refund on their purchases if they spend more than 175 euros in one store on the same day!

Boat Trip on the Rhine

Since Strasbourg, and the neighborhood of Petite-France, were built around the Rhine River, it makes sense that a great way to see the city would be from the river itself. Batorama offers 70-minute tours down the Rhine everyday of the year in several different languages, including special commentaries for children developed by scriptwriters to hold their attention. Hop on near the Strasbourg Cathedral and soak in the unique views as the tour takes you through the heart of the city.

After an afternoon of exploring, head over to Macarons & Inspirations in the middle of Petite-France for a sweet treat. Elisabeth Biscarrat’s vision was to create a space that was both a nod to the deep historical roots of the Petite-France neighborhood, as well as bright, modern space to showcase her innovative pastries. Garnering overwhelmingly positive reviews, she seems to have succeeded! While Ms. Biscarrat offers customers a wide selection of sweet treats to choose from, be sure not to miss her handmade macarons that come in an array of playful flavors – from passion fruit to sea salt caramel!