The Top 10 Things To Do And See In Quartier Bourse, Strasbourg 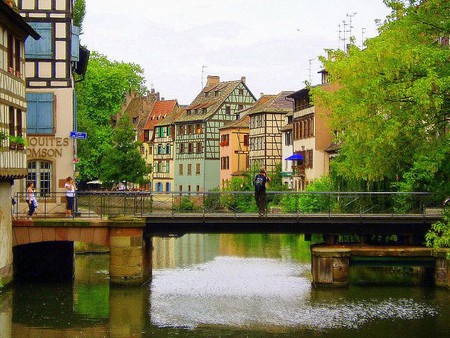 The intricate history of Strasbourg is strongly related to its geographical location along the French border with Germany. The result is an international city that is home to a number of canals and charming cobbled lanes, now the home of the European Parliament. Quartier Bourse, the German quarter of the city, counts an innovative arts scene, an impressive number of sights and museums and authentic Alsatian cuisine. Here is our guide to the top things to see and do in Quartier Bourse, Strasbourg!

The Musee Zoologique de Strasbourg is housed inside a spectacular ancient building and counts two floors of displays and exhibitions. This natural history museum is ideal for those who want to learn about the geological branches of different animals and view collections of insects from all over the world. There is also a cozy library with plenty of books on stock where visitors can learn more about taxidermy and zoology. A day of discoveries awaits at Musee Zoologique de Strasbourg!

Spanish architect Joan Miro is the designer behind the intriguing Miro Bridge and Passerelle Miro. The bridge leads over from the road of Canal du Rhone au Rhin into an open space with two big crane-like structures. The result makes for an impressive visual sight that screams of Miro’s distinct style. The passerelle features wooden deck chairs in the central square, and there are also plenty of restaurants nearby. This is a great place to take emblematic photographs and a must-do for those interested in architecture and art! 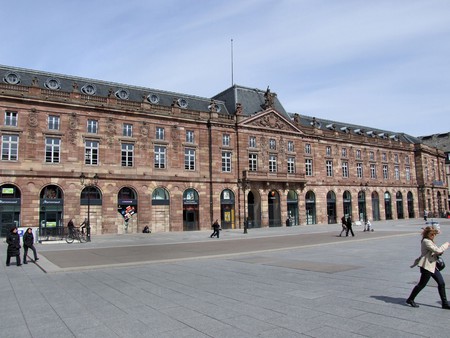 The entrance admission is free at Aubette, a museum of modern art and architecture that counts five individually stylized rooms. Perhaps the most eye-catching is the cinema room with its Art Nouveau interior. The museum offers audio guides and is located inside an ancient building that is home to a large shopping gallery. Don’t miss the tiny entrance which is right next to the Aubette restaurant via a small passage. This is art at its very best!

Bouquinette is a specialty gift shop that focuses on selling books. In fact, this is the ideal place to find a childrens’ book. Customers spend hours reading through the literary content available here. It’s not only well-arranged but the sellers are passionate and offer exceptional advice. Bouquinette is always a pleasure to visit and feels like home every time. The staff write their own reviews of their favorite books and the vibe makes for an experience that can’t be replicated anywhere else.

Eglise Saint-Jean, or the church of St. John the Baptist, is half a millennium old, originally built back in 1477. The church displays an interesting interior that was partly destroyed during the Second World War due to American bombings in the area. However, the church was restored and much of the furniture and architecture is well preserved. The wooden ceilings are unusual for a church of its time and the restoration of the temple is a clean example of the Gothic style in its prime. 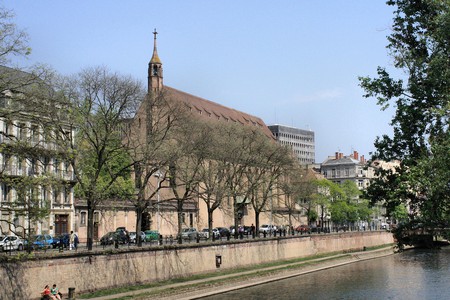 Specifically built for Emperor Wilhelm I, Palais du Rhin is a historical landmark and a stunning piece of Prussian architecture at its finest. Since it’s located in the German quarter of the city, this former imperial palace overlooks the Republic Square and is next to a beautiful park with century-old trees and lush, green vegetation. The facade of the palace is decorated with sculptures celebrating the power of the German Empire. This incredible palace is a must-stop while exploring the intricate history that makes Strasbourg such a unique place today.

The Observatoire Astronomique Planetarium is famed for its opening dome and rotating rooms. This observatory is a great and fun spot to come and learn about the way the universe functions through the various shows that are projected under the dome. The Planetarium offers French guided tours and houses a giant telescope. The exhibitions change throughout the year and the beautiful interior of the building is worth the visit alone.

Citadelle Park | © Francois Schnell/Flickr
The Citadelle Park offers nice green scenery along with small hills and bridges that cross over several different channels. It’s on these bridges that locals and visitors alike can spot wildlife such as swans and ducks amongst a great landscape. The atmosphere is very family-friendly because of the large playground for children. The Citadelle is the perfect opportunity to escape from the hustle and bustle of the city and find a moment of peace closer to the river and nature.
Open In Google Maps
Strasbourg, Grand Est, 67000, France
+33368985000
Visit Website
Give us feedback

Brasserie de La Bourse is a huge brasserie that serves up generous portions in a stylish ambiance. This restaurant is a popular hotspot because of its uniqueness in Strasbourg, with the featured high ceilings and polished decor totally worth a look. The food is incredibly tasty and offers a wide array of options from sauerkraut to tartare de boeuf. The escalope de veau is extraordinary and consists of a mushroom cream sauce served with saplze. Brasserie de La Bourse gives its patrons a true taste of Alsace cuisine with local ingredients and an impeccable presentation.

Cinnamon is one of the premier Indian joints in all of Strasbourg. Each and every dish here is authentically prepared and evokes the aromatic flavors of India. The menu serves up traditional Indian fare with such dishes as the veggie samosa, papadams, and naan bread. The presentation is beautifully put together with a well-balanced use of spices and the service is extremely friendly and polite. The tastes are nothing short of explosive and the ambiance is inviting and cozy. Don’t forget to drink some Indian wine to get the full Cinnamon experience!