The Top 10 Things To Do In Lyon

The third largest city in France, Lyon is large enough that there is always an endless list of things to do, yet small enough that you can easily become familiar with it in just a couple of days. Its two beautiful rivers, the Rhône and the Saône, glide through the colourful façades of its iconic buildings and its modern, reasonably priced transport system is the perfect way to get around as you explore its wide variety of museums, parks, churches, restaurants, and monuments. Here are our recommendations for the best things to do in Lyon. 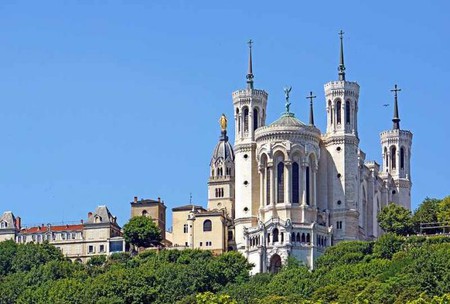 This iconic 19th-century basilica stands proud, overlooking the city, and is visible from many parts of the presqu’île (the section of the city between the two rivers). After taking the funicular from the old town up the hill, visitors are immediately greeted by an impressive white façade. Inside, there are absolutely stunning mosaics, all in gleaming blue, turquoise, and gold, depicting different scenes from the life of Joan of Arc and various biblical events. Do not leave without taking a look at the smaller church to be found directly below the main basilica, which is notable for its unorthodox devotion to Joseph instead of Mary. Directly next to this impressive building is a fantastic viewpoint, which offers wonderful panoramic views over the tops of Lyon central.

One of the many striking squares dotted throughout Lyon is the breath-taking Place des Terreaux, which comprises the beautiful façades of the Hôtel de Ville (the town hall) and the Musée des Beaux-Arts. The museum itself, a fascinating former Benedictine convent, is certainly worth a visit, with its vast collection of art and artifacts, ranging from Egyptian sarcophagi and 19th-century sculpture works to creations from the master Picasso. The square is also a number one spot to visit during the famous Fête des Lumières that takes place every December. This spectacular, annual four-day event, which sees projections and light-shows happening across the city, transforms this area into a unique celebration of light and artistic creativity.

While perhaps not as overwhelmingly impressive as the Place des Terreaux, the Place des Jacobins is a charming, central square that dates back to the 16th century, boasting an iconic fountain depicting celebrated French artists. It is also a very useful landmark, since 12 different streets lead off from it, including the buzzing Rue Mercière, which is full of acclaimed restaurants and eateries. Among these are several bouchons, restaurants that are unique to Lyon and specialise in Lyonnaise cuisine, from the unusual fish soufflé quenelle to the meaty andouillette: a mix of animal’s intestines that is not for the faint-hearted! 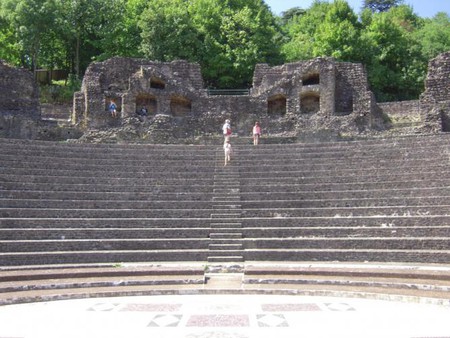 Just a few minutes’ walk from the basilica is situated a magnificent Roman amphitheatre, estimated to have been built around 2,000 years ago. Visitors can freely wander up and down the ancient steps and enjoy a beautiful view of the city while contemplating those who sat in the very same spot, jeering and cheering, in a time gone by. What’s more, every summer the amphitheatre welcomes spectators to see a range of theatrical, musical, and dance performances during the Nuits de Fourvière, including some famous names in the ilk of Iggy Pop and Robert Plant.

Situated in the historic Vieux Lyon (the old town), this is where you will find arguably the best and most unusual ice cream in Lyon, if not in France. Terre Adélice boasts around 100 delicious flavours, most of which are organic, ranging from the unusual and rather odd (such as Roquefort or tomato) to the creative and mouth-watering (such as maple syrup or honey and rosemary). There are few better ways to spend a warm afternoon in Lyon than wandering through the ancient streets of this wonderful city or along the sparkling Saône with a refreshing Adélice ice cream in hand. 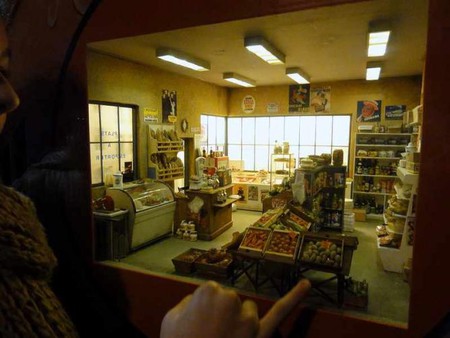 Lyon is associated with the idea of lumière (light) in a great many ways. For one, it is where the Lumière brothers, the first filmmakers in history, lived and worked. This brilliant duo is celebrated annually during October in the Festival Lumière (not to be confused with the Fête des Lumières), when a range of classic and modern films are shown throughout the city. A permanent reminder of the contribution Lyon has made to cinema also stands in Vieux Lyon, in the form of the Musée Miniature et Cinéma. Located in a gorgeous 16th-century house, typical of old Lyonnais architecture, this museum contains an eclectic range of props and sets from films across the world and history, as well as an exhibition of impressively intricate miniature rooms and objects. 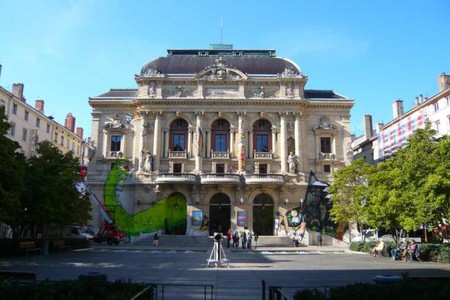 Although the current building was constructed in the 19th century, this theatre has the honor of being one of just a couple of places in France to house the dramatic arts for more than 200 years, having been inaugurated as a theatre in 1792! Tours are available to explore this beautiful Italian-style structure, designed by the French architect Gaspard André. The theatre’s annual calendar includes a diverse range of performances, from Molière and Racine to modern absurdism, as well as several international pieces that are accessible to all. 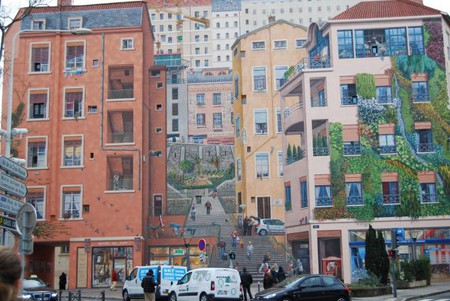 Second only to Berlin, Lyon is one of Europe’s most mural-covered cities, with over 100 stunning painted façades to be found throughout its colourful streets. The first of these and perhaps the most famous is the Fresque des canuts, or ‘silk-workers’ mural, located in the Bohemian Croix Rousse on the Boulevard des Canuts, just a few paces from the metro station Henon. This mural is so artistically painted that it takes a few moments to realise that it is one, single, flat surface. It has been updated three times now, with certain aspects modernised and the characters represented even aged a touch. Another fascinating mural is the Fresque des Lyonnais, which features many famous people from Lyon, starting from antiquity with Emperor Claudius and going right up to the modern day.

Lyon enjoys very comfortable temperatures throughout much of the year and has a large number of parks in which to enjoy its pleasant sunshine. Perhaps the most famous of these is the huge Parc de la Tête d’Or (‘Golden Head Park’). It takes its name from the legend that says, when it was built, a head of a pure golden statue was buried there. It has a large lake, on which it is possible to rent boats, and a beautiful botanic garden full of greenhouses with exotic plants and flowers. However, probably the most unique aspect of the park is the fact that it contains an enormous, free zoo, meaning it is possible to spend your morning jog accompanied by giraffes, lions and bears without spending a cent. 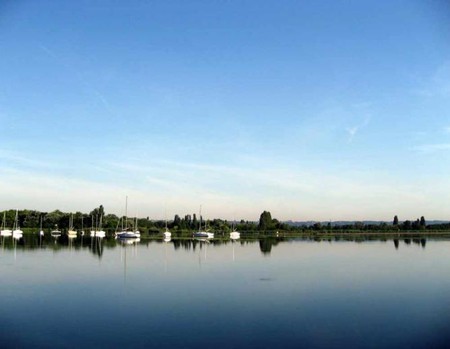 Although it is quite far from the centre of Lyon, during the hotter summer months Grand-Parc Miribel is ideal for cooling off, boasting an enormous lake well-suited to swimming and a variety of other water sports. Covering 2,200 hectares, it has its own golf course and badminton and tennis courts, as well as several restaurants and wildlife protection zones. If you want to make the most of the many outdoors activities that Lyon has to offer, Parc Miribel is certainly a good place to start.