The Timeless Structure of the EU Parliament in Strasbourg 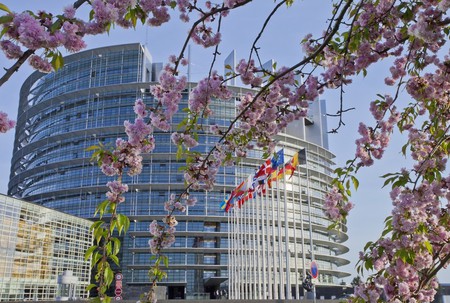 The Orangerie district to the north of Strasbourg has become synonymous with the European institutions based there and their magnificent, contemporary architecture. Approaching its buildings, including the European Parliament, from the River Ill at the confluence with the Marne Rhine Canal is like time travelling from the middle ages of Petite France to the nerve centre of present-day and future Europe.

The European Parliament has been based in Strasbourg since it was formed. It was critical to provide the institution with a setting that would reflect its legislative and highly symbolic role. The Louisse-Weiss building, named in honour of the renowned French author, activist and former member of Parliament, was inaugurated in 1998. Approaching the building from the water gives the best perspective of its sweeping grandeur, as the light reflects off its immense glass surface and the water around it. 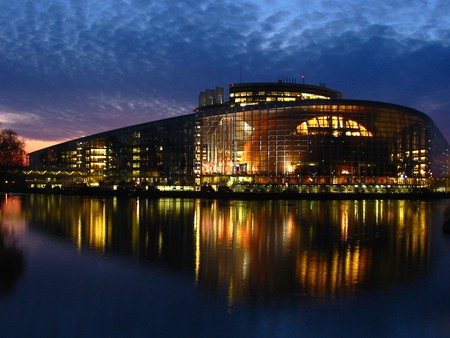 The building, designed by Architecture-Studio Europe, includes an arch, a dome and an oval ‘hollow tower’. The architects said that the idea behind the choices of form and materials was to portray open relationships, with component parts that stand as a single structure but also form part of a composite.

The glass oval tower stands 60 metres (196 feet) high and houses a whopping 1133 offices in 17 levels. If the top of the building looks unfinished, it is because the architects wanted to leave off with the concept that the European project is dynamic and ongoing. There are three internal ‘avenues’ with live gardens, and the dome topping the central arch contains the huge plenary chamber. The skin of the entire structure is made of glass, symbolising the transparency of the democratic principles it is founded on. 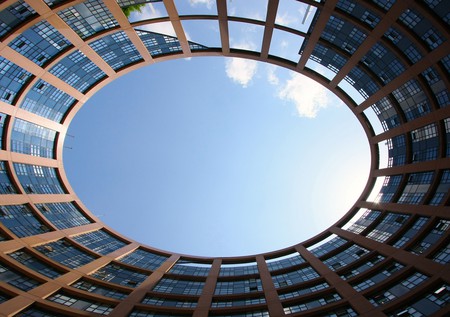 The EU is organised on the principle of separation of powers, similar to democratic countries. There’s an executive government, a Parliament or Congress with a second chamber equivalent to the Senate, and a Court of Justice. The European Parliament represents the EU’s 500-plus million citizens, and is its only directly elected body. Similar to Congress, its job is to legislate and supervise the use of executive power as part of a system of checks and balances.

Plenary chamber at the EU Parliament in Strasbourg | ©Cherryx/ Wikicommons