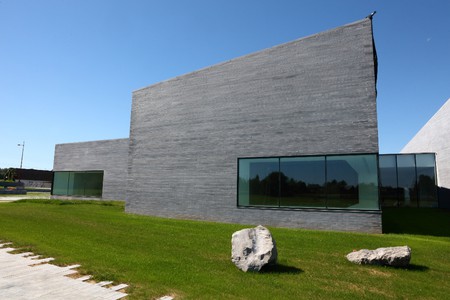 Travel to Sars-Poteries – a village of 1,500 just ten kilometers from the Belgian border – and you’ll find amidst the bocage landscape the MusVerre, a new and, by any standards, exceptional museum. With a clever piece of architectural trickery, light glinting off of Raphaël Voinchet’s Hainaut bluestone building transfigures it into a glass work of art as glorious as any of those it was designed to exhibit and conserve.

Opened on October 1, 2016, the 1,000-square-meter MusVerre replaces the beautiful but considerably smaller Château Imbert. This 19th-century mansion carries the name of Henri Imbert, the industrialist whose two glassworks put Sars-Poteries on the map between 1802 and 1937, at which point their abrupt decline spelled economic catastrophe for the village. Two decades later, Father Louis Mériaux arrived and, in the course of his pastoral duties, discovered marvels of glassmaking in his parishioners’ homes. These bousillés, or whimsies, had been fashioned from the waste material during workers’ breaks and saved as mementos of their industrious past. Today, 240 examples from a collection of 800 – representing downtime experiments in lighting, dinnerware, religious and ritual items, and decorative objects – form the starting point of the museum visit. 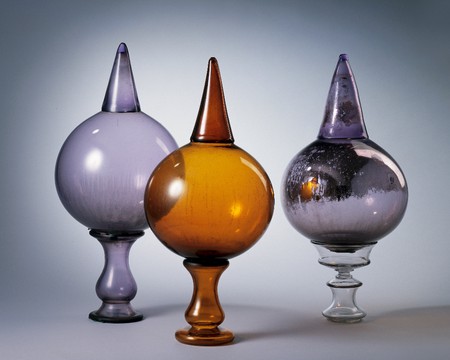 Inspired, Mériaux went to great lengths to raise the money needed to purchase the Château Imbert and finally did so in 1962. In 1967, he mounted the first public display of the bousillés – a rip-roaring success – and the glass museum was founded two years later. Over the decades, he persevered in preserving and promoting Sars-Poteries’ glassmaking heritage, building the Glass Studio in 1976, where locals developed their neo-bousillés, organizing the International Glass Symposium in 1982, and the Glass & Architecture Seminar in 1984. The museum’s second room traces this evolution in the village’s output and stature and honors Mériaux’s commitment.

The third space showcases the work of international artists during the 1980s. It explores how they were influenced by the Studio Glass movement in the US and Europe and the particular impact of the Czechoslovak School, whose practitioners incorporated optical illusions into geometric forms. 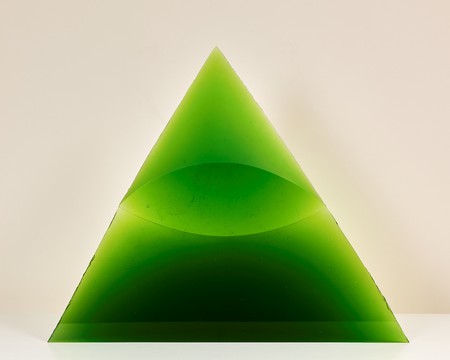 Both the museum and studio were taken over by the Nord Department in 1994, marking a new chapter in their history. In 2001, an ambitious project saw the creation of a state-of-the-art studio, capable of hosting artists in residence. The work of contemporary creators is located on the garden level of the MusVerre. The works of art in this white, luminous space, whose windows offer a panorama of the rolling patchwork of woodland and pasture in which the museum is set, and now effortlessly a part of, is presented neither thematically nor chronologically. Rather, the glass is grouped for clashing and complementary effects. 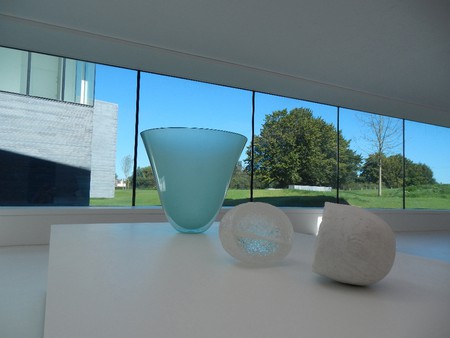 For its temporary exhibitions, the museum is determined to feature artists for whom glass might not be the dominant medium in their work but who have used it regularly or at a particular point in their career. As such, Ann Veronica Janssens, an English visual artist based in Brussels who has worked predominantly in light, was the perfect choice for the inaugural installation. Janssens’ MagicMirrors and Gaufrettes will be on display until February 26th. 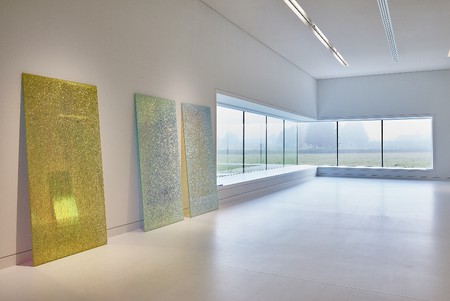 The MusVerre is within easy reach of two other internationally renowned cultural institutions: the Musée Matisse in Cateau-Cambrésis and the Roman Forum of Bavay, the largest site of its kind in France. There are a further nine departmental cultural amenities within a comfortable drive of the museum. 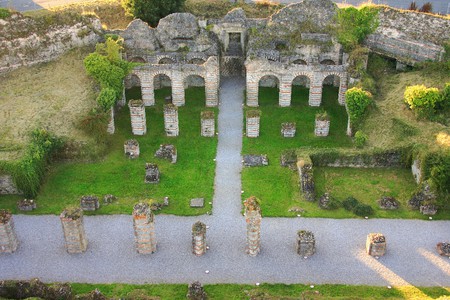