The Most Beautiful Villages in Normandy, France 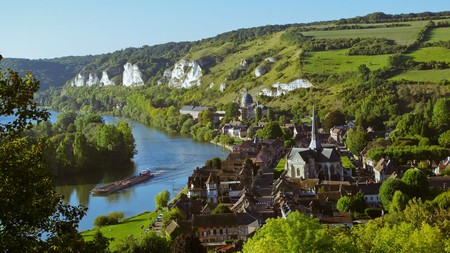 Normandy’s natural good looks are easily observed throughout the region. But there are a few villages that especially stand out, privileged by natural beauty, with colourful, half-timbered houses and old-world charm. These are our picks of the most beautiful villages in Normandy, France.

In the Eure region of Normandy resides the village of Le Bec-Hellouin and its 400-something residents. Meticulously tended, flower-lined streets and vibrant, half-timbered houses combine natural and architectural delights in this sleepy Norman town. Deeply rooted in religion, its best known attraction is the Notre-Dame of Bec Abbey. It was founded in 1034 by a knight turned Benedictine Monk, Saint-Herluin, and is considered to have been an influential abbey in the Anglo-Norman Kingdom during the 13th century. 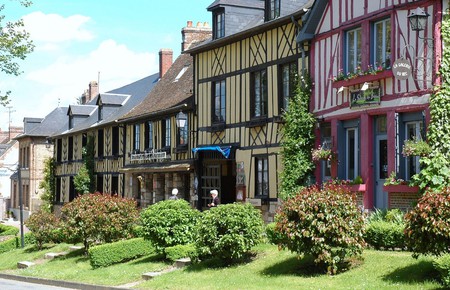 Les Andelys ticks all the boxes of a quintessentially charming French village: rolling green hills injected with white stone cliffs hugging the Seine River, while a 12th-century castle, Richard the Lionheart’s Chateau Gaillard, keeps guard of it all atop a rocky bluff. The town’s name comes from the two parts that make up the town – Petit-Andely on the banks of the River and Grand-Andely, home to an impressive, flamboyant Gothic church called the Notre-Dame des Andelys. 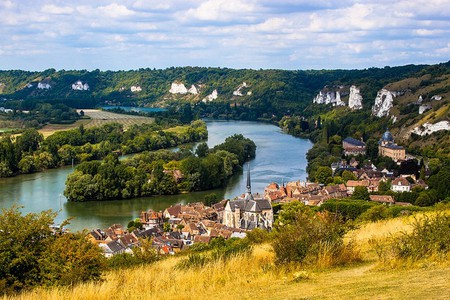 As its name would suggest, Lyons-la-Forêt is a village nestled in the forest of Lyons, a wooded area filled with century-old beech groves considered to be some of the most beautiful in all of Europe and easily navigated by tended walking paths. Half-timbered houses with pink brick facades define the village centre and encircle its covered market from the 18th century. The trail beside the Lieure River that passes through the village makes it an idyllic setting for a stroll. 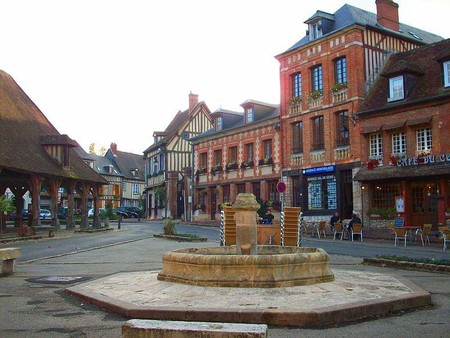 Saint-Céneri-le-Gérei lies at the heart of the Mancelles Alps, surrounded by lush forest with the Sarthe river gently passing through. It was discovered in the 7th century by an Italian named Ceneri, who settled here after allegedly witnessing a miracle spring appear that could cure eye diseases. In its historic centre, an 11th-century Romanesque church anchors the village with beautiful frescoes from the 12th century blanketing the walls. The town’s beauty attracted artists such as Camille Corot and Gustave Courbet, who would meet to paint at Auberge des Soeurs Moisy, a former inn that now serves as a museum. 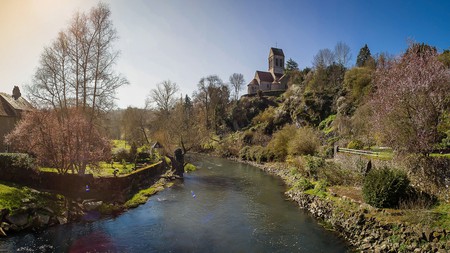 Famous as the dwelling of Impressionist painter Claude Monet, Giverny features picturesque cottages, gardens galore, and a wealth of vibrant colours that only nature can provide in its provincial setting in the Coteaux hills. Though there are only approximately 500 residents, the town sees thousands of tourists come through annually to visit the Claude Monet Foundation. As a result, many cafés, restaurants and small art galleries line the narrow streets of Giverny. A number of walking paths venture out into its surrounding countryside for further exploration. 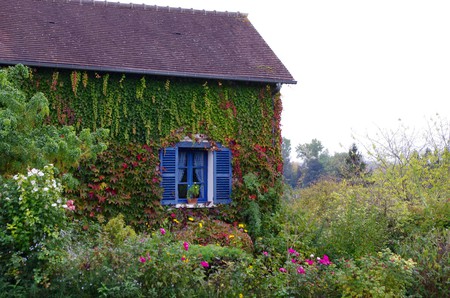 A house in the village of Giverny | © Dominique Bernardini / Flickr

Beuvron-en-Auge is a small village in the Pays d’Auge, a region famed for its cheese and Calvados production. Quintessentially half-timbered Norman houses line its town square, which features all the necessities of small-town France: a barber, a creperie, a few restaurants (including a Michelin-starred option, Le Pavé d’Auge, located in the main building in the centre), a small grocery store selling local goods, and a handful of antique and gift shops. 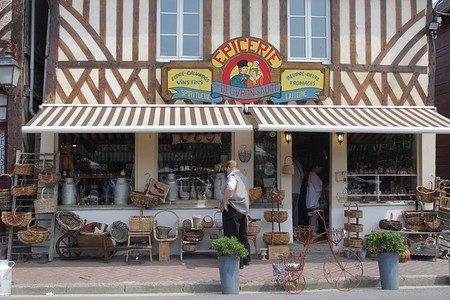 The local grocery store in the beautiful village of Beuvron-en-Auge | © Devisme.alain / WikiCommons

The port village of Barfleur on the Cotentin coast served as a principal embarkation point to England during the Middle Ages. The English influence is still notable in specific architectural features such as the square tower rather than a spire on the Church of Saint-Nicholas. Today, a fishing community thrives among its 500-something residents, most notably for the town’s famous wild mussels. The main village sits on a peninsula that juts out into the ocean, surrounding it with blue on either side and boats dancing atop the water. 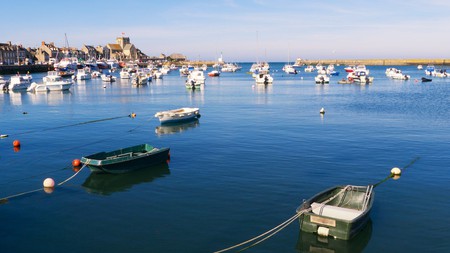 Veules-les-Roses sits on the banks of the Veules River, France’s smallest river measuring less than one kilometre in length. This tiny stretch of water is a match for this village just off the Alabaster coast, with its small population of approximately 600 residents. Charming chalets with thatched roofs and immaculate gardens rest alongside a sandy beach with seaside villas, creating a perfect combination of the defining elements of Normandy: the bucolic countryside and the sea. 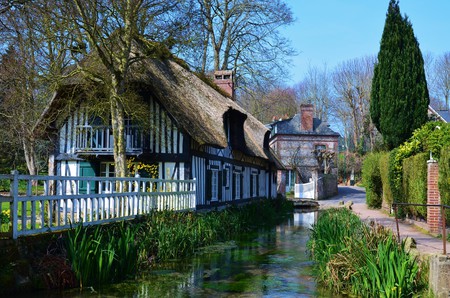 The beauty of Honfleur has been attracting artists for centuries. Its port, lined with a mix of creamy and colourful buildings in the most seemingly perfect light at any time of day, was captured in painting on more than one occasion by renowned artists such as Camille Corot and the pointillist Georges Seurat. Its allure hardly a secret, the town is well-equipped to cater to the many tourists who come to revel in its charm, as museums, seafood restaurants and shops selling local goods abound. 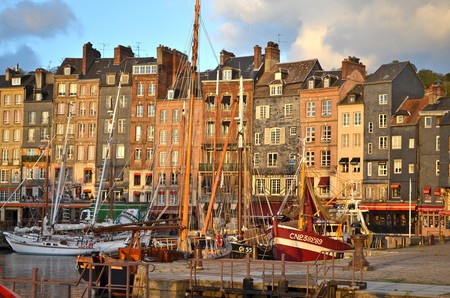 Though heavily bombed and damaged during the Second World War, the town of Pont-l’Évêque in the Pays d’Auge remains one of the most beautiful villages of Normandy thanks to its colourful architecture and natural landscape. The Toques River flows through en route to the Channel via Normandy’s Flower Coast, while half-timbered homes adorn the town centre. Adding to its appeal, Pont-l’Évêque is the home to a smooth cheese of the same name and is one of the most important culinary commodities of Normandy. 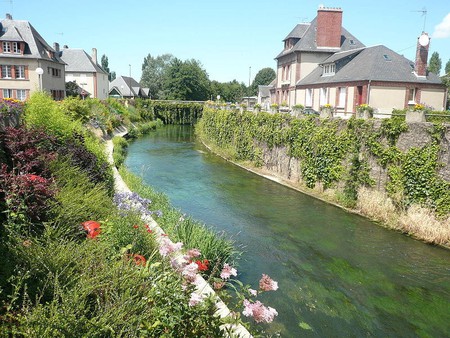