The Most Beautiful Islands Just off the Coast of France 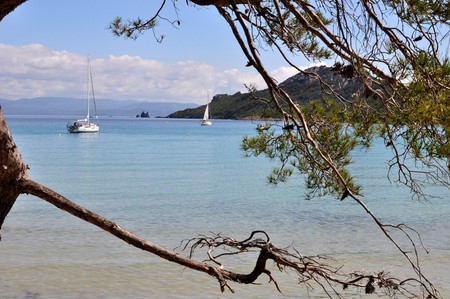 France is known for its dazzling capital, stunning fashion and cuisine so tasty that you gain weight just by being near it. What might go more unnoticed is its collection of beautiful islands, scattered off the coastline from Brittany in the north down to the French Rivera. Here are the ones not to miss.

Just off the western coast is the picturesque island of Île de Ré, connected to La Rochelle by a bridge. The port town of Saint-Martin-de-Ré is particularly charming. Cafés line the harbour, tables and chairs are perched on the pebbled streets, and at sunset, the houses get tinted with pastel hues. Otherwise, the island is a natural paradise, with roads perfect for exploring by bike and beaches that – though busy in summer – remain unspoilt. The beauty of this island is that, because it is connected to mainland France by a bridge, you can come and go as you please, even making La Rochelle your base. 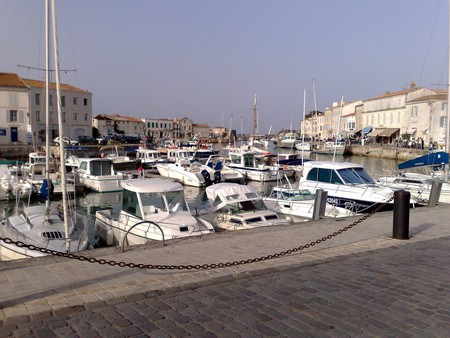 Head to the south coast of France, in the direction of Italy rather than Spain, and you’ll discover a little slice of paradise. Île de Porquerolles lies only 10 minutes by boat away from mainland France (travel from Toulon or Tour Fondue) but feels like somewhere in the Caribbean. Notre Dame is proof of this, with its turquoise waters and pine tree flanked sand dunes. The best way to explore is by bike and there are numerous campsites and other accommodation options available. Make sure to book well in advance as it understandably gets very busy in high season. 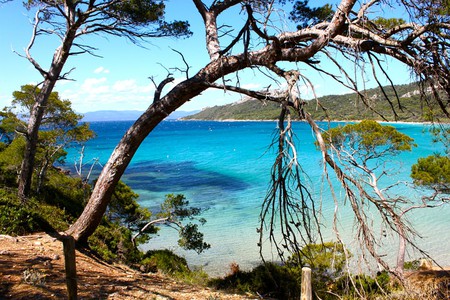 Île d’Yeu is a small island off the coast of France near Nantes. The island has a rich fishing heritage, being the first tuna fishing port on the Atlantic coast, a role it maintains today. Port Joinville is where you’ll be dropped off and a lot of visitors choose to make this pretty port their base during their stay. Highlights on this quaint island include a visit to Vieux-Château, views from the Grand Phare lighthouse and of course, eating seafood whenever and wherever you can! 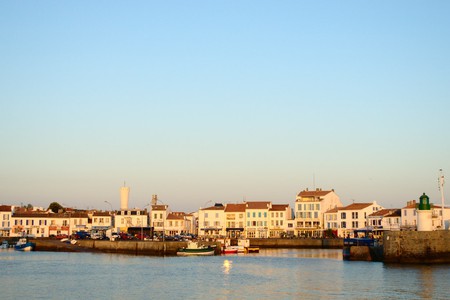 Situated off Brittany’s Côtes-d’Armor coast, Île de Bréhat is a Breton delight. Interestingly, this one island is technically an archipelago of two main islands and many smaller ones. It boasts its own micro-climate and so you’ll see unlikely Mediterranean vegetation happily sitting alongside the usual northern European plants. As soon as you reach Île de Bréhat, you’ll also notice something a little different: there are no cars here! To explore the island, hire or bring a bike or simply go by foot. There are a few campsites and accommodation options but mostly this pretty island tends to be a day-tripper’s destination. 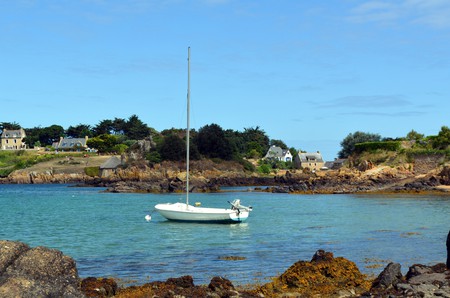 This island, whose name aptly translates to ‘beautiful island’, is a must-visit. Not only is its coastline so alluring as to have been one of Monet’s muses, but its size means you can really immerse yourself. Some of the French islands are perfect for day trips, but Belle-Île-en-Mer deserves at least a long weekend. Le Palais, the quaint capital where the boat from mainland France docks, is a perfect base with sweet cafés, shops and markets. The main highlights to note should be the stunning natural landscape around Les Aiguilles de Port-Coton and the delightful village port of Sauzon. 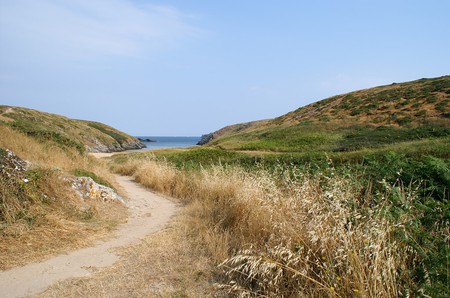 Port Cros is something really special. It is the smallest, wildest island of the group of islands called Îles d’Hyères (of which Île de Porquerolles is one also) and is a marine national park. While there are facilities when you first dock in the port area, the rest of the island is gorgeously free of any trace of humans and as a protected area, it maintains this perfectly. This means unrivalled hiking trails, gorgeous views, and regional beauty aplenty. Boats regularly connect Port Saint-Pierre in Hyères to Port Cros. 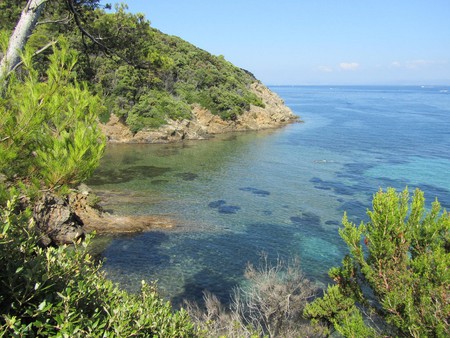 Île-d’Aix is a tiny island south of La Rochelle in the Charente Maritime, with incredible 360 degree views of the 19th-century sea fort of Fort Boyard just to its south-west. It is known as the ‘little Corsica of the Atlantic’, which captures this peaceful, slow-paced island perfectly. You’ll not spot a vehicle here, just locals and visitors enjoying the unspoilt views, pathways and watering holes. For such a little island, it houses many museums – the must-sees are the Napoleon Museum and Fort Liédot. 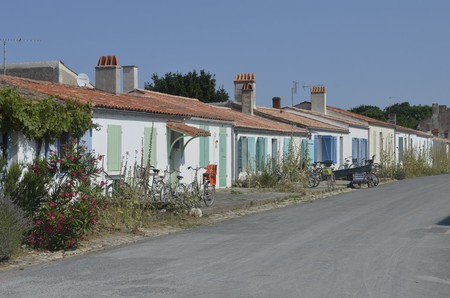