The Most Beautiful Churches In Lille

Like that of many French towns, the history of Lille – religious or otherwise – is an oft turbulent one. The city’s architectural heritage reflects the influence of the various cultures which have claimed this Northern French metropolis as their own. Today, the strong heritage left by centuries of strong Catholicism is still evident in and around the city, and is embodied most spectacularly in the most beautiful churches in Lille, listed below. 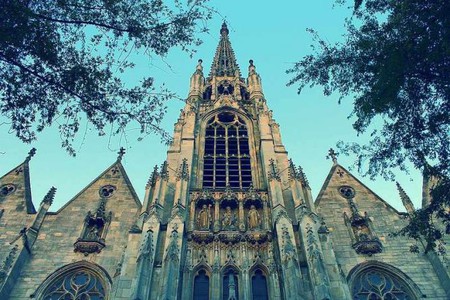 The striking Église Saint-Maurice, situated in the historic center of Lille, has been subject to a number of makeovers from its genesis in the Middle Ages to the last extension of the city in 1868. The imposing spire and five naves of equal height make this gothic church, like the Église Sainte-Catherine de Lille, a fine example of Hallekerque architecture. The interior houses a number of 17th and 18th-century paintings by artists from the city. The central chapel is dedicated to Sainte-Barbe, patroness of the Lille artillerymen whose story visitors can discover in the museum nearby.

Lille cathedral, also known as the Basilica of Notre Dame de la Treille, is a relatively new addition to Vieux-Lille. Construction began in 1854 but, due to financial difficulties and the outbreak of war, it was only competed in 1999. Ambitious early plans accounted for a 132-meter-long and 115-meter-high church. Today’s cathedral is smaller than originally intended, but no less impressive. The imposing basilica, inspired by those in Reims and Amiens, houses the miraculous statue of the Virgin Mary from which the church takes its name. The 30-meter-high Gothic arch enveloped in marble allows orange and pink light to filter in, casting an ethereal light over the cathedral’s nave. 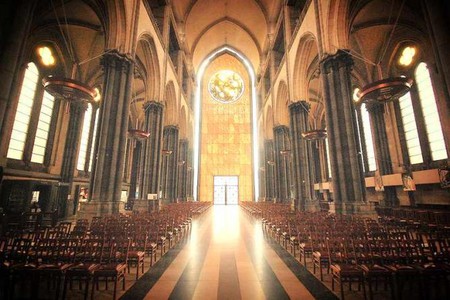 This 15th century church is a stunning example of Flemish gothic architecture. Three naves of equal height place it under the umbrella of Hallekerque style. Église Sainte-Catherine is unusual in that is has no transept – the horizontal arm of the crucifix which forms the layout of most Roman Catholic churches – and the central nave is preceded by the powerful, square bell tower (which, incidentally, houses the oldest bell in Lille). The pine-paneled ceiling shelters wood carvings, paintings and sculptures, as well as a 17th-century organ and 18th-century sculpted pulpit that you have to see for yourself. 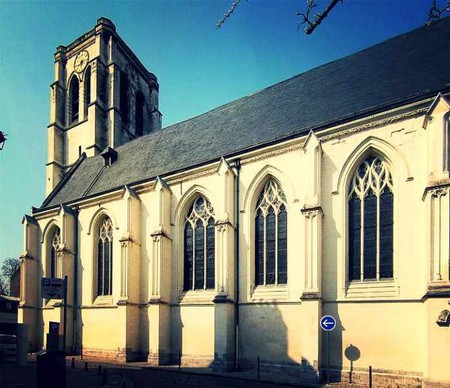 One of the oldest churches in Lille, this Baroque edifice was formerly known as the Jesuit College’s church of the Immaculate Conception and was one of the largest Jesuit churches in France. Badly damaged by fire in 1744, the church was rebuilt and competed in 1748, retaining the simple interior typical to Jesuit places of worship, an order whose emphasis lies more on preaching and practicing than on ornate and lavishly decorated churches. Saint-Étienne is now a Roman Catholic church with a sober stone facade in a classical style. The narrow streets surrounding the church only aggrandize the churches height, whose bell tower reaches an ear-popping 57 meters.

Lille’s Église Saint-André, famous for being the birthplace of Charles de Gaulle, took three different architects and almost two centuries of construction to finish, but this baroque masterpiece was well worth the wait. Work was finally completed in 1887 and the building functioned as a Carmelite chapel before it was consecrated as a Roman Catholic church in the 19th century. The spectacular 19th-century ceiling paintings alone are worth the visit, but be sure to also admire the sculpted baroque pulpit, the majestic high altar and the white marble busts of St. Peter and St. Paul by 17th-century sculptor Arthur Quellin. 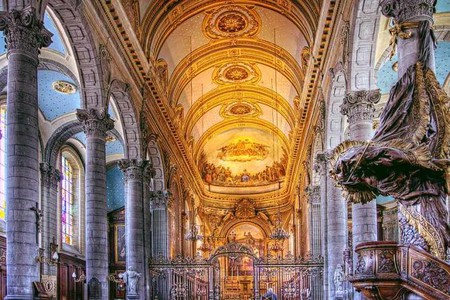 From its stocky silhouette and imposing dome, it’s obvious to see why this 17th century church has been nicknamed la grosse Madeleine (the pregnant Madeleine). Nestled in the heart of Lille’s old town, Église Sainte-Marie-Madeleine is a curious mix of conflicting styles, from the cupola inspired by Greek antiquity and the baroque-style façade to the simple Doric columns supporting the lavishly decorated central choir. The church was deconsecrated in 1989 and has since been transformed into an exhibition space, housing the work of artists from both near and far, including the work of Indian artist Subodh Gupta. 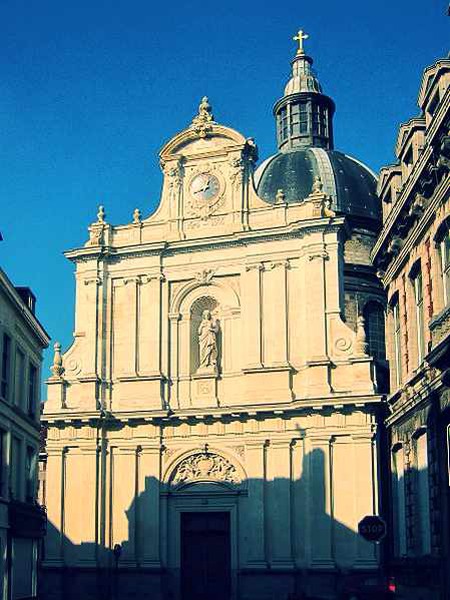