The Most Beautiful Churches In Bordeaux

Bolstered by its high-spirited university-student population, Bordeaux, once nicknamed La Belle au Bois Dormant (‘Sleeping Beauty’), experienced a major turning point at the beginning of the millennium. Recent years have brought huge investments to the city’s infrastructure, making Bordeaux much more attractive and easier to discover. With so many historic locations to discover, no wonder half of the entire city of Bordeaux was UNESCO-listed, making it the largest urban World Heritage Site going. Just check out some of these impossibly wonderful churches. 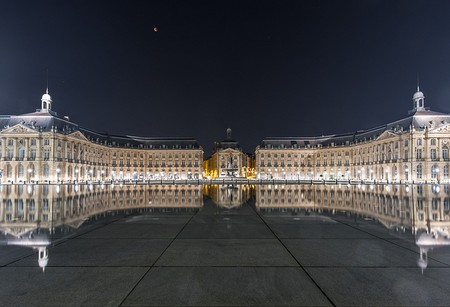 Imposing and austere, the Basilique Saint-Seurin is arguably the cradle of Christianity in Bordeaux. A true architectural treasure, classed a UNESCO World Heritage Site, the basilica’s Romanesque style is mildly enriched with various Gothic elements – a result of successive additions over the centuries. Its history begins in the 6th century, when it sat next to the Church of St Stephen, the first Bordeaux Cathedral, and the vast necropolis of the same era. The 11th century marks the beginning of a great monastic moment for the Basilique, as the return of peace facilitates the renewal of the church. Its interior is striking: a 15th century Chapelle Notre-Dame-de-la-Rose, which is a marvelous piece of Gothic ornamentation, as well as keystones and sculptures. Pay particular attention to the crypt – the basilica’s oldest part – where you can wonder at some of the most beautiful Merovingian marble sarcophagi. 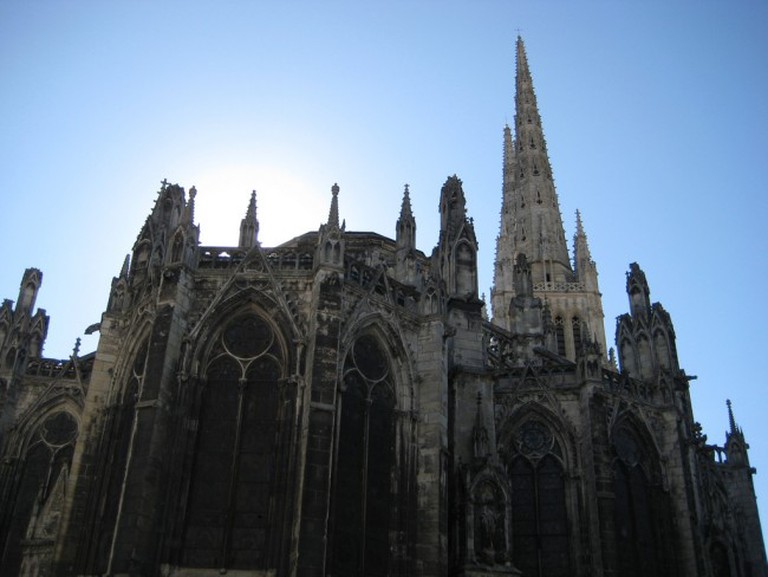 Located just a few footsteps from the Town Hall, this is the most beautiful religious monument in Bordeaux. Although most of what it’s visible today was built in the 13th and 14th centuries, the cathedral’s oldest section dates back to 1096. Saint André’s unique style is endearing yet unexpected, especially because of its freestanding Gothic belfry, which houses the cathedral’s bell, erected between 1440 and 1466. The cathedral served as the wedding hall for Eleanor of Aquitaine and Louis VII, the future king of France, in 1137, and later for Anne of Austria and Louis XIII. Scaling the belfry’s 231 narrow steps might sound tiring, but it rewards you with a breathtaking panorama of the city.

Located between the Capuchins and the train station, the Sainte Croix church has one of the most beautiful façades in Bordeaux. The church is in fact the abbey church of a Benedictine monastery founded in the 7th century, and it only became part of the fortified city at the beginning of the 14th century. Its main altar was dedicated to the Virgin Mary, and the church was thought of as a pilgrim site for Notre-Dame-des-Marins, as interior illustrations showed scenes of lost ships being saved.

A UNESCO World Heritage Site and one of Bordeaux’s buildings that is visible from basically everywhere, this 14th century basilica offers one of the best panoramic views of the city. Its sides are bordered by fourteen lateral chapels, representing the different corporations having financed its construction, such as sailors, salt measurers, merchants, roofers or carpenters. Its most important piece is the 114-meter-high belfry, locally known as la flèche (the arrow), which, just like Cathédrale Saint André’s, is not a component of the actual building but stands separately just a few meters away. The belfry suffered severe damage following a 1759 earthquake and a 1768 hurricane, so it had to be rebuilt in the late 19th century. 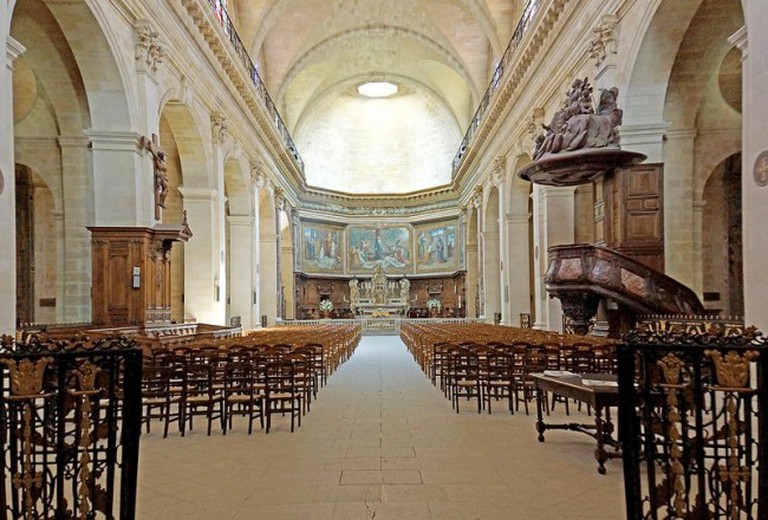 Built in the early 18th century, Notre Dame, as it is known locally, features an outstanding baroque façade which perfectly integrates into the other buildings in the area, many of which contrast with the church’s simple interior. In fact, the church and the Mably courtyard are the only remaining pieces of a Dominican monastery dating from the 13th century. The chapels feature various trompe-l’œil ornaments, a series of 10 religious paintings by Brother André from the 17th century, and beautiful 19th century stained glass windows, attributed to the famous Bordeaux glassmaker masters Hutrel and Villiet.

This church’s highlights are, undoubtedly, the two Bernini statues: Gianlorenzo’s ‘Archangel Gabriel’ found on the left of the altar, and his father, Piero’s ‘Madonna and Child’, to the right. But its story began centuries ago, in 1599, when Cardinal François de Sourdis decided upon the construction of the church. The Saint-Bruno Church remains the only intact piece of Couvent des Chartreux. Its interior decor is particularly remarkable, while the façade is Italian-inspired. The cemetery was inaugurated in 1806 and several important figures were put here to rest: Flora Tristan, Gauguin’s grandmother, and the painters Goya and Chaminade.