The Most Beautiful Castles In And Around Strasbourg

Alsace has some of the most picturesque scenery in France, with its fairytale villages, charming markets, fascinating architecture and sprawling vineyards, belying the complex struggles of power that thundered through the region. Dotted around the countryside surrounding the majestic capital of Strasbourg, you’ll find impressive fortified castles and stately palaces, silent witnesses to the tumultuous history of this now placid and beautiful land. 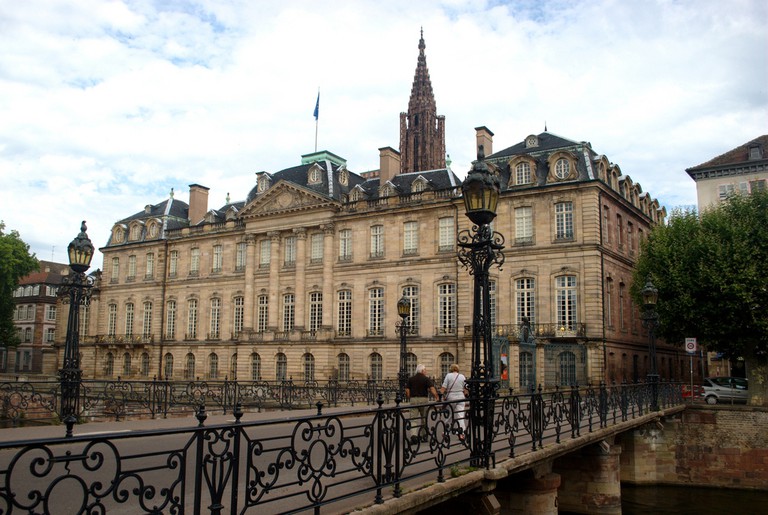 The stately Palais Rohan | ©Frédéric Chateaux via Flickr
The palace itself is one of the main landmarks within the city of Strasbourg, protected as a historical monument since 1920. It was build between 1732 and 1741 under the then Prince-Bishop of Strasbourg. The homes and shops located between the cathedral and the banks of the river were razed to build this sprawling palace, designed in the classic style fashionable at the time. Today, Palais Rohan houses three of the museums of the City of Strasbourg: the Archaeological Museum, the Museum of Fine Arts and the Museum of Decorative Arts. A must during any visit to Strasbourg.
Open In Google Maps
2 Place du Château, Strasbourg, Grand Est, 67000, France
+33368985160
Visit Website
Give us feedback 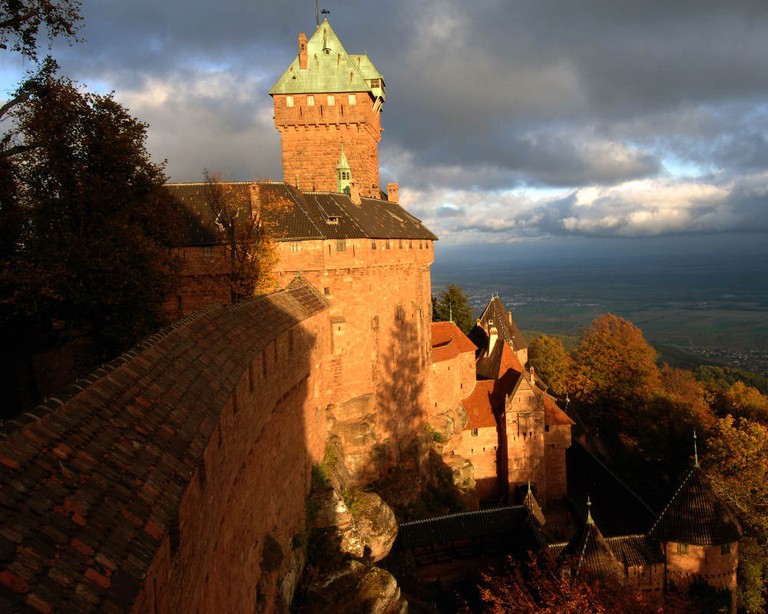 Château du Haut-Koenigsbourg | ©Tourisme Alsace
Heading south from Strasbourg towards Colmar you can’t miss this spectacular castle. Commanding the surrounding land from its perch on an 800-metre-high outcrop, this castle offers stunning panoramic views of the Alsace countryside – on a clear day, you can see all the way to the Black Forest and the Alps. Built in the 12th century, the castle changed hands under a succession of notable owners, including the Habsburgs and German Emperor Wilhelm II, who restored the chateau at the turn of the century, after it had been damaged during the destructive Thirty Years’ War.
Open In Google Maps
Orschwiller, Grand Est, 67600, France
+33369332500
Visit Website
Give us feedback 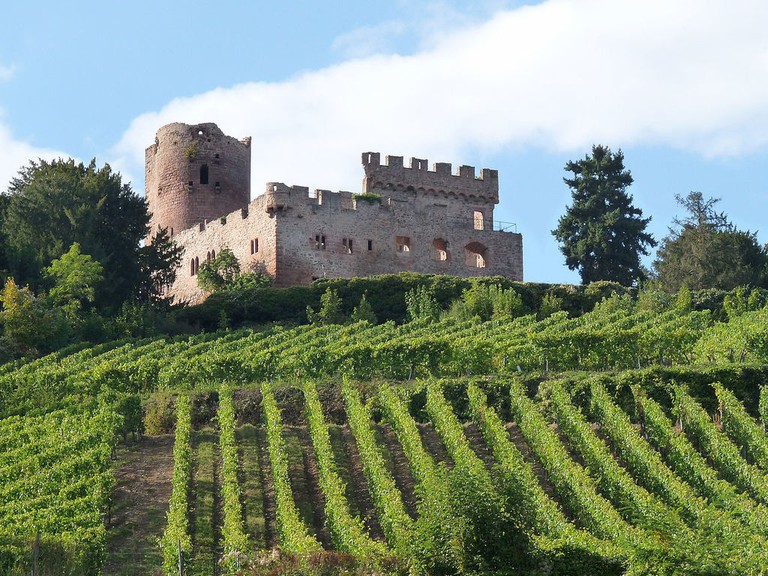 Kingsheim Chateau | ©Ji-Elle / WikiCommmons
Situated not far from Haut-Koenigsbourg, Kintzheim Castle was first mentioned in 1270. The castle’s ruins are beautifully looked after. People can visit the keep, living quarters, cellars and the chapel, and get a fantastic view of the vineyards on the hillside. The castle is home to the Volerie des Aigles (Flight of the Eagles) experience – a demonstration of skilled handling where the world’s largest birds of prey fly completely free just a few centimetres from the audience. The sanctuary offers guests the rare opportunity to observe the amazing wildlife up close, in the hope to raise awareness of how important biodiversity and the conservation of these birds is for the future of our planet.
Open In Google Maps
Kintzheim, Grand Est, 67600, France
Give us feedback 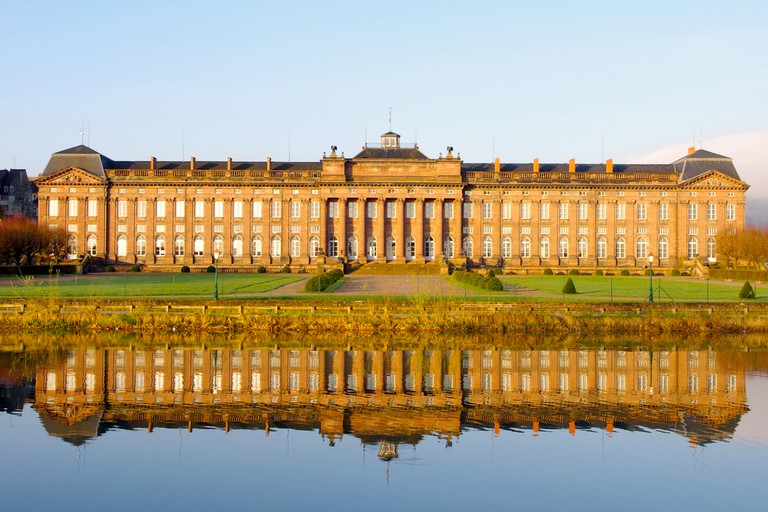 Châtea des Rohan | ©Spiterman / Flickr
The majestic Château des Rohan, in the heart of Saverne, lies within an easy 30-minute drive west of Strasbourg. With its immense neoclassical façade, the building testifies to the importance of Saverne as the seat of the Bishopric for several centuries. The construction began in 1779, but was interrupted by the French Revolution and the nationalisation of religious property. In the early 19th century, the castle was threatened with demolition but Emperor Napoleon III had it restored to set up a home for the widows of military officers. After the Franco-Prussian War of 1870, the castle was transformed into barracks, and today it houses a museum and cultural centre.
Open In Google Maps
Place du Général de Gaulle, Saverne, Grand Est, 67700, France
+33388716395
Visit Website
Give us feedback

Overlooking the town of Kaysersberg, chosen as France’s favourite village 2017, is one of the oldest castles in the region, as evidenced by its 13th-century dungeon. This pretty medieval village, about an hour’s drive from Strasbourg and very close to Colmar, used to have the critical job of blocking the roads coming from Lorraine, which made it a strategic place in times of war. In addition to the keep, with 4-metre thick walls, visitors can explore the lord’s chambers, the staircase and ramparts. 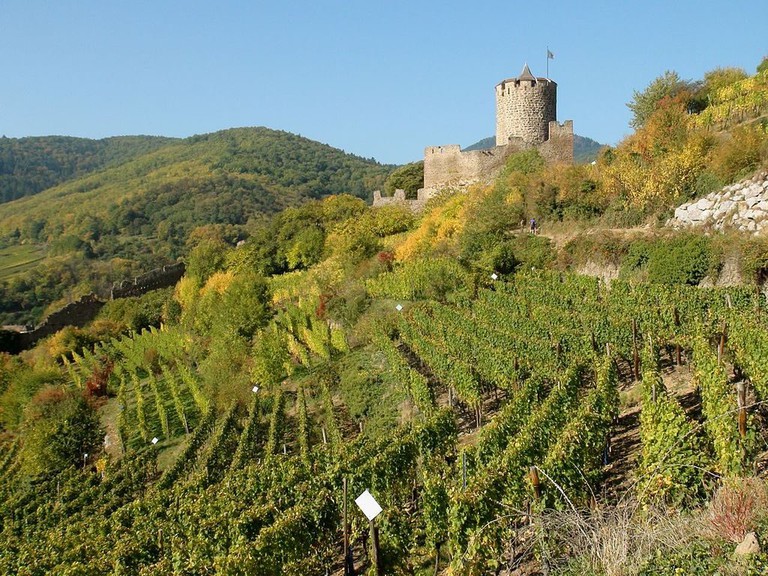 About a 50-minute drive from Strasbourg, in the northern Vosges, the Château de Lichtenberg rises impressively from the horizon. Built in the 13th century, the castle was taken by the troops of Louis XIV at the time of the French annexation and bombed in 1870 by the German army. In spite of the extensive damage, the remains of the fortress are among the most beautiful in the region and is home to an active cultural heritage centre. 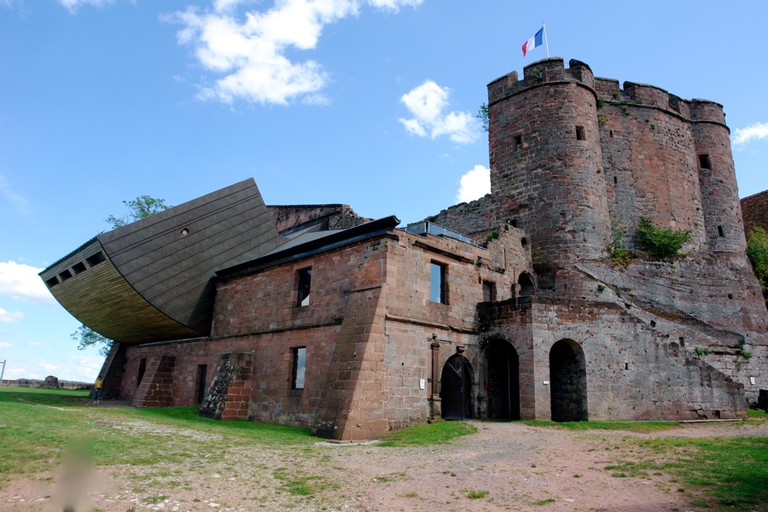 About a 45-minute drive west of Strasbourg, you’ll find the Château de Wangenbourg, which had a turbulent power struggle. It was first built in the late 13th century by the lords of Wangen, set in the heart of what was once an immense estate that had belonged to the abbey of Andlau since the ninth century. The castle had fallen into serious disrepair due to lack of funds then, in 1523, the bishop of Strasbourg initiated restoration works, sparking a dispute with the lords of Wangen. In 1578, the bishop tried to make the castle a possession of the bishopric of Strasbourg but failed, after which the castle was in a state of limbo until it was used as a military garrison under Louis XIV. 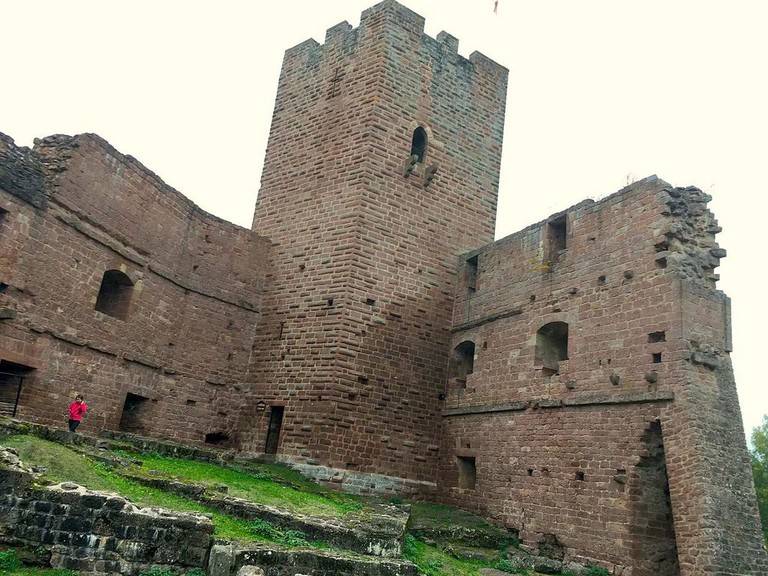 One hour north of Strasbourg on the border of the natural parks of the Vosges du Nord and the Palatinate, stands a spectacular and emblematic troglodytic châteaux embedded high on a sandstone ridge. Witness to over nine centuries of history, it was once an impenetrable fortress. and today, you can chase the ghost of Hugo de Fleckenstein, and the legend of the well – upon the quest for all-important water, he was tempted by Satan himself, but when renouncing evil he came out victorious and was rewarded with unending spring water for his steadfast faith. 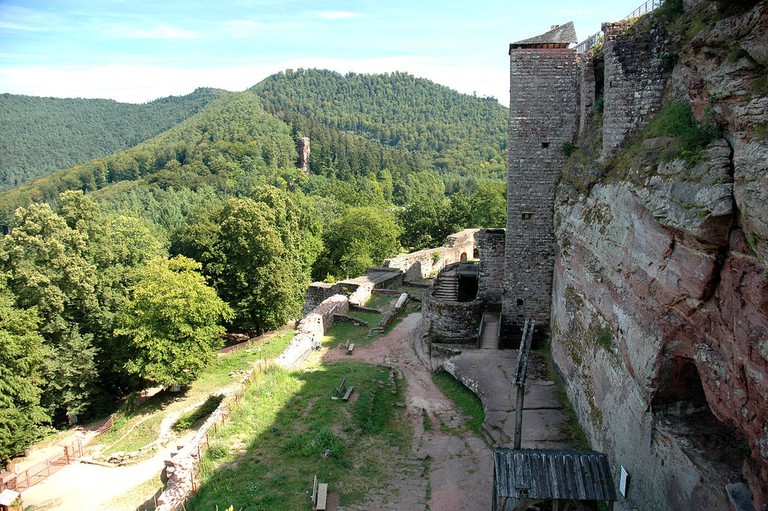