The Best Museums in Lyon, According to Culture Editor Frédéric Crouzet 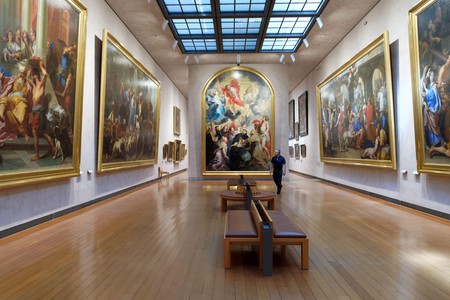 Lyon’s museums give you the chance to get to know some of the city’s top makers, painters, inventors and creative minds, both past and present. From museums that chronicle the history of French cinema to expansive collections of French art, here are the top museums in Lyon.

Evidence of Lyon‘s 6,000-year history can be found on seemingly every street corner⁠, with most of the city designated as a UNESCO Heritage site. Nonetheless, a visit to one of the city’s museums is a must to truly learn about Lyon’s rich cultural heritage.

“The museum sector here is very dynamic,” explains Frédéric Crouzet, editor-in-chief of This Is Lyon, a noted magazine covering the city’s culture, past and present. Over the last five years, a series of new galleries and museums have opened, making a day of gallery-hopping particularly fascinating. “There is the very emblematic Musée des Confluences and the Cité de la Gastronomie,” explains Frédéric. “But there is also the Jean Couty Museum, a private museum dedicated to a famous local painter – and even a museum dedicated to Olympique Lyonnais [the city’s football club].” The city’s museum scene is so popular that after the second arrondissement’s Musée des Tissus et des Arts Décoratifs’ closure was announced in 2015, the public banded together to keep it open.

Crouzet shortlists the best museums in Lyon, which offer visitors everything from stunning architecture and visceral short films to bold contemporary works and classic sculptures. 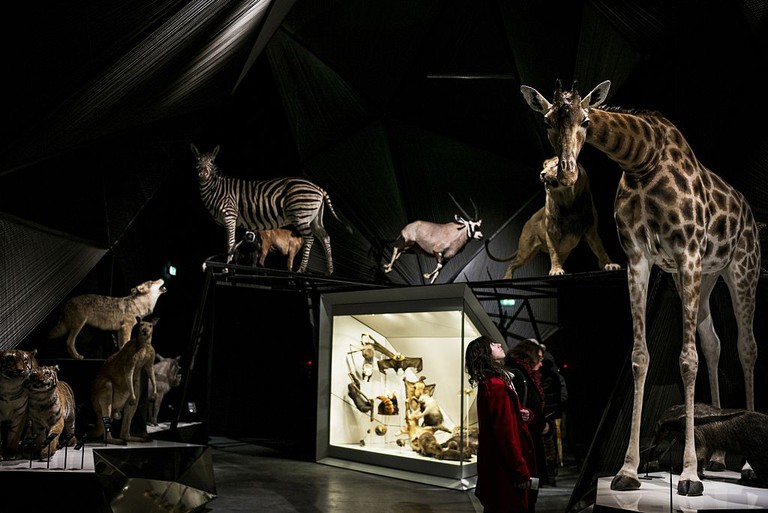 © Jeff Pachoud / Getty Images
“My favourite museum remains the Musée des Confluences,” says Frédéric. The city’s dedicated science and natural history museum “can be visited several times a year,” thanks to its ever-changing variety of exhibits. “Right now, there’s an exhibition on skeletons, another on prisons and a very funny one on Plonk and Replonk artwork. You can go on your own or with your family, and there is something for everyone.” The museum is €9 (£8.15) for adults, but free for children. “The building is a must-see as well,” Frédéric explains, as is the second arrondissement area, right at the heart of where the two rivers meet.
Open In Google Maps
86 Quai Perrache, Lyon, Auvergne-Rhône-Alpes, 69002, France
+33428381212
Visit Website
Give us feedback

Museum of Printing and Graphic Communication 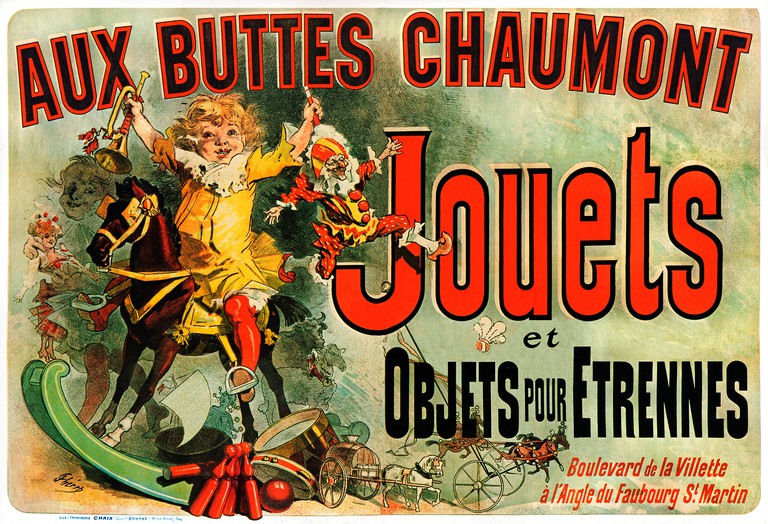 “I like the museums that tell the history of Lyon that you can’t find anywhere else,” explains Frédéric. “Located in a very old building, the Museum of Printing exhibits contemporary graphic creations and reminds us that Lyon used to be a capital of printing in the 16th and 17th centuries.” The building sits in a 15th-century building in the centre of the UNESCO Heritage district and contains everything from historic printing presses to an assortment of camera equipment. 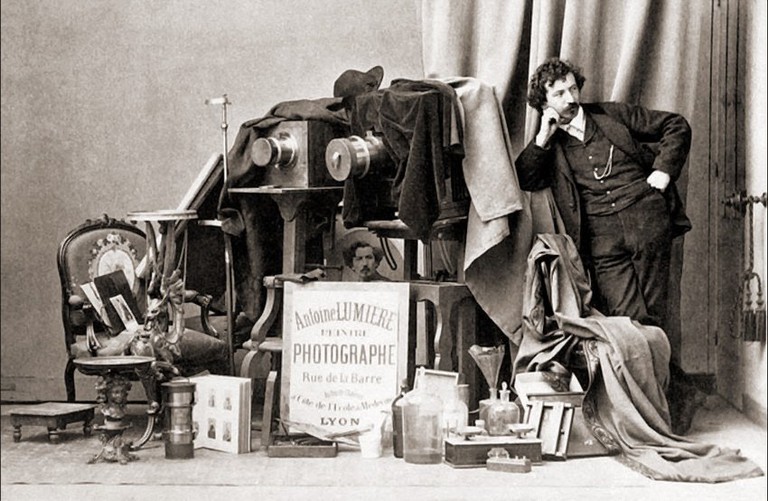 “Another Lyon invention has its own dedicated museum: cinema,” explains Frédéric, referring to the famed Lumière Brothers, the French fathers of cinema best known for inventing the cinematographe, the forefather of the film camera. The museum is housed in the former Lumière family home (located at the Monplaisir–Lumière metro stop) where the two inventors were born and raised. “You can see the very first devices and films of the Lumière brothers here,” adds Frédéric. The institute also serves as a home to French cinema – film screenings and photography exhibitions are frequent, and displays of preservation work line the halls.

Museum of Miniature and Cinema 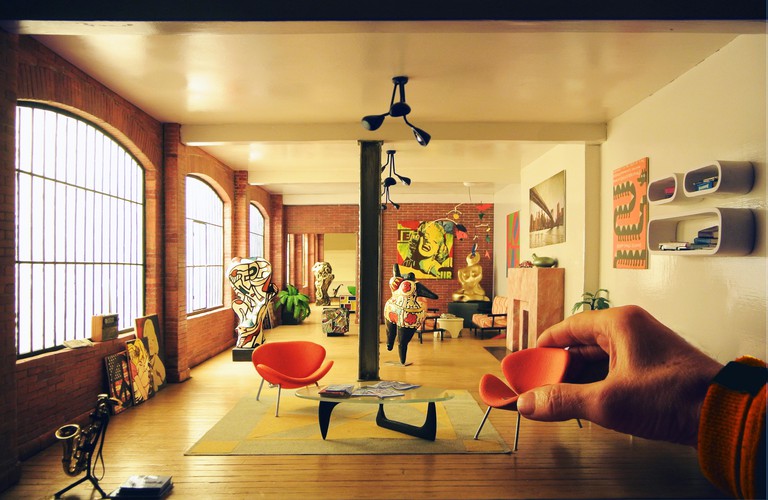 “Another atypical museum that is very popular with tourists is the Museum of Miniature and Cinema,” says Frédéric. “It specialises in film costumes, accessories and special effects.” In addition to over 400 movie props, the museum is also home to 120 miniature movie sets painstakingly built by French artist and former cabinetmaker Dan Ohlmann. Pose alongside dinosaurs, walk through a miniature Metropolitan Museum, or peer into the famed Paris restaurant Maxim’s. “If you want to touch the monster from Alien, you have to go for a visit!” 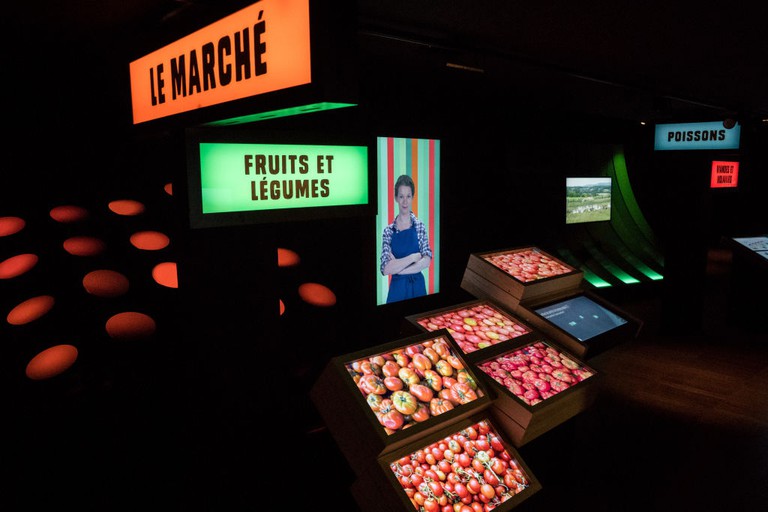 Lyon is often considered the French capital of gastronomy. This is evident with any visit to the city’s restaurants, but pop into the new Cité de la Gastronomie to learn just why UNESCO has granted the city Intangible Heritage status. Housed in a historic Hotel-Dieu, an 800-year-old former hospital, you’ll find everything from Paul Bocuse’s original stove to a cinematic apothecary exhibit. In the tasting centre, sample menu items from a host of famed chefs both local and international. 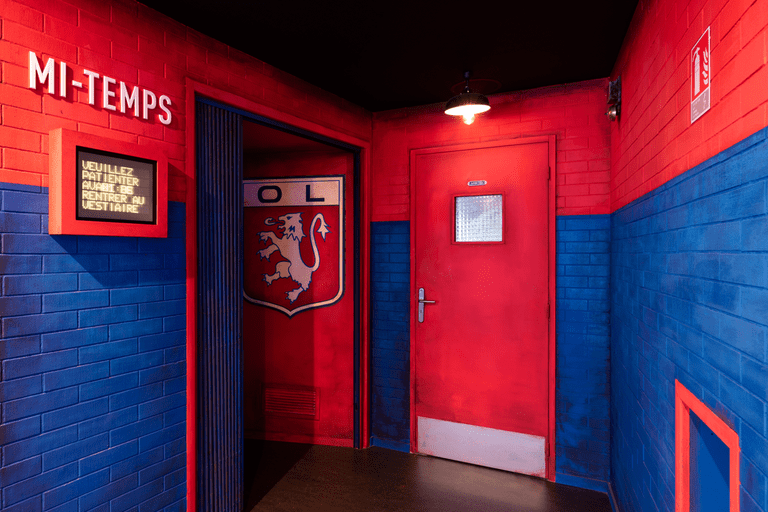 Lyonnais love their football, and regularly go to the Groupama Stadium to watch a Les Gones match. However, you can also visit the Olympique Lyonnais (OL) museum, and learn about the stories and events that built the team to its current glory. You’ll find medals and trophies – the club is one of the most decorated in French history – and interactive audio and visual experiences that highlight players past and present. Kids will love it, as the immersive exhibits let visitors experience halftime in the locker room, step into the shoes of a sports commentator or take a shot on goal. 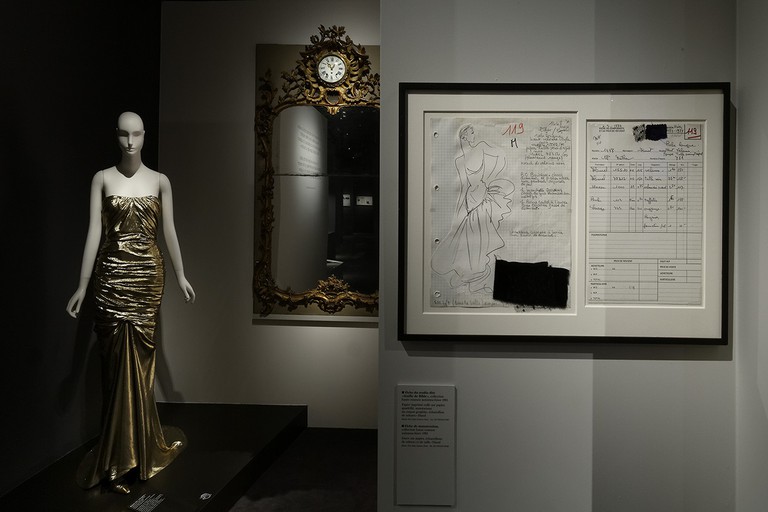 These two museums take over two 18th-century townhouses also known as hotels particuliers in the heart of Lyon. Start at the Musée des Tissus, which holds the largest international collection of textiles (2,500,000 different pieces, to be exact) in the world. Lyon has a strong history as the capital of the silk industry, and this is well represented in the museum. However, the museum also has a vast collection of tapestries, wallpaper and furniture from around the globe on display. Afterwards, walk into the Musée des Arts Décoratifs to marvel at the elaborate ceramics and silverware.

Museum of Fine Arts of Lyon 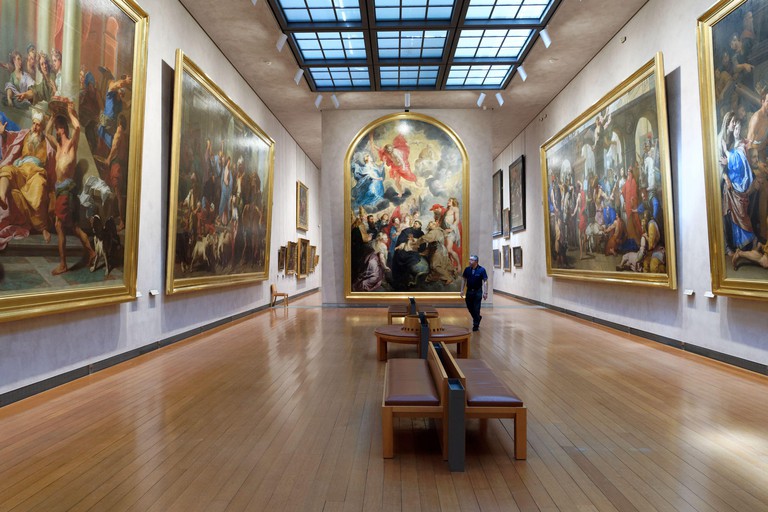 Simply said, you mustn’t miss a trip to the Museum of Fine Arts (or Musée des Beaux-Arts de Lyon). The museum is situated in a 17th-century palace, which is reason enough to make a visit, but the focal point is the expansive French art collection, the largest outside Paris. Start at the Egyptian antiquities and weave your way through a who’s who of European painters: Rubens, Rembrandt, Delacroix and Gauguin all fill the walls. There’s a particularly impressive selection of Pablo Picasso paintings and a permanent display of Auguste Rodin’s sculptures. 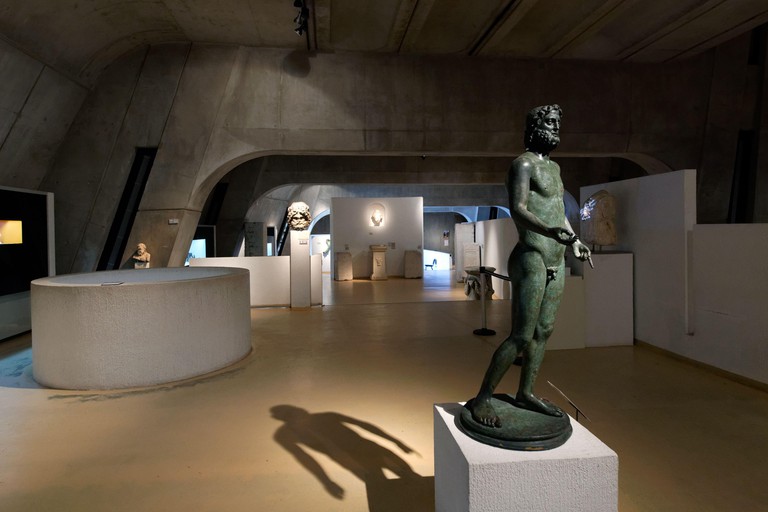 © Hemis / Alamy
Perched atop the Fourvière is the Gallo-Roman Museum, a space that chronicles the history of when Lyon (then known as Lugdunum) was under Ancient Roman rule. The museum is tucked in behind a restored Roman amphitheatre and odeon. A visit will take guests through the lives of the Roman, Gaul and Celtic rulers of the past. There are exquisite mosaics, a relief of the ancient town, and the Tabla Claudiana – a stone carrying a speech of the Emperor Claudius, who was born in the region. The vast collection of jewellery, statues and everyday objects catalogues the day-to-day life of Roman inhabitants. Take note that there are no children’s exhibits, so if you have easily bored little ones, this might be one to miss.
Open In Google Maps
17 Rue Cleberg, Lyon, Auvergne-Rhône-Alpes, 69005, France
+33472384930
Visit Website
Give us feedback
Give us feedback