The Best Churches In Strasbourg

Once home to the tallest church in the world, Strasbourg has an extraordinary variety of churches to offer. Read below to find out more about the five outstanding churches, that we chose in France‘s capital of the Alsace region, amongst an exquisite selection of Gothic and Roman churches. 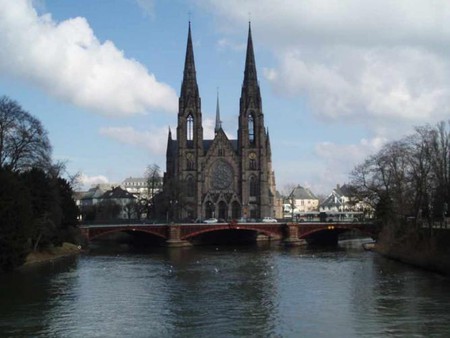 Church
Facebook
Email
Twitter
Pinterest
Copy link
Share
Map View
Saint Paul’s Church, a masterpiece of Gothic architecture, is situated on the south bank on an island of the River III in Strasbourg. Built in 1897, the church’s graceful twin towers are 76 meters high and allow for Saint Paul’s Church to be admired from a great distance. Strasbourg offers many wonderful churches to visit and you will be hard pressed to choose among them, but don’t miss the magnificent Saint Paul’s Church and the beautiful island surrounding it with willow trees and flowers on the embankment.
Open In Google Maps
1 Place du Général Eisenhower, Strasbourg, Grand Est, 67000, France
+33388353618
Visit Website
Give us feedback

Once the world’s tallest building at 142 meters, from 1647 up to 1874, the Cathédrale Notre Dame is a magnificent Roman Catholic cathedral in Strasbourg. Even though significant parts of the church are still in Romanesque architecture, it is considered to be a prime example of High Gothic architecture. The church’s interior is marked by beautiful stained glass windows, that mostly date back to the 14th century, the tombstone of Conrad de Lichtenberg and an 18-meter astronomical clock. Used for religious purposes for over 3,000 years, having been both a Roman sanctuary and a Christian temple dedicated to the Virgin Mary, Cathédrale Notre-Dame is still one of the major places of worship for Christianity. 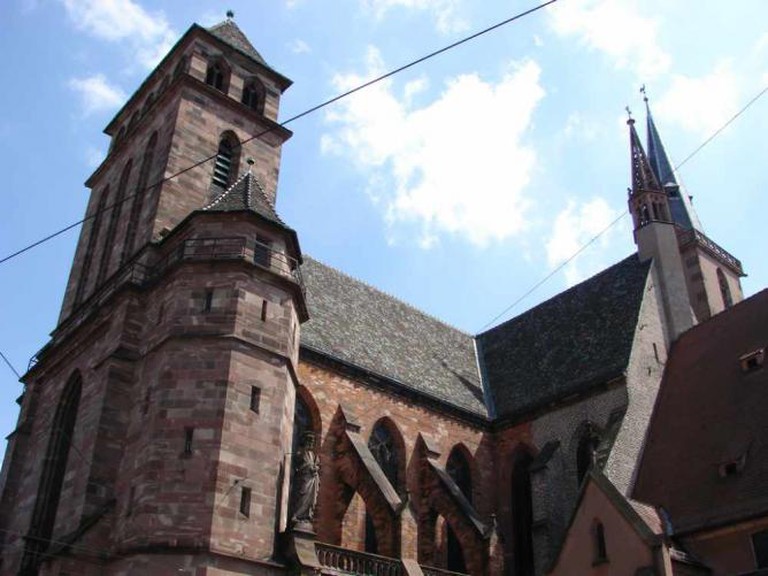 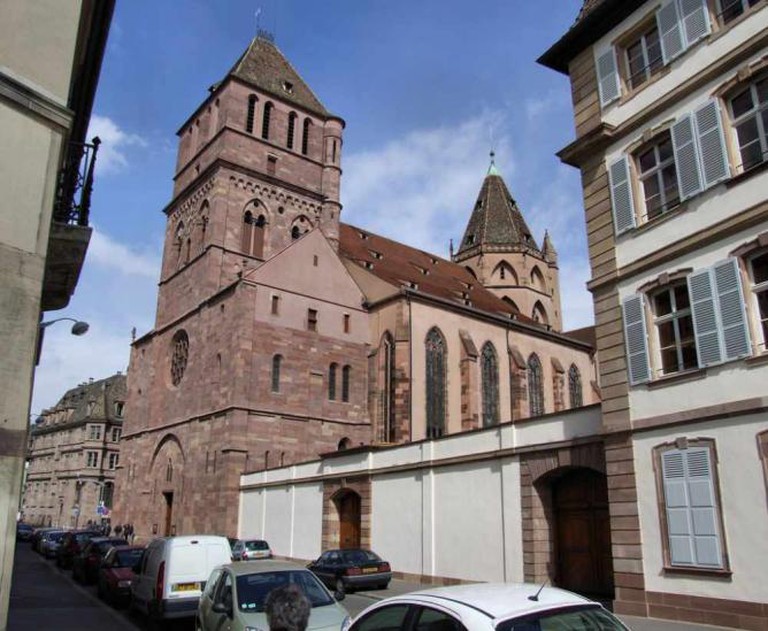 Église Saint-Thomas | © Robert Cutts/Flickr
Saint Thomas Church is of great importance for the city of Strasbourg, both from a cultural and a historical perspective. When the city was occupied by the French in 1681, the city’s main church, the Cathédrale Notre-Dame, became Catholic and from this day onwards, Saint Thomas Church became the main Protestant church in the whole region. The church is a so-called hall church, which means that the nave and the side aisles are the same height under the same roof. Today, Saint Thomas Church is not only an important place for religious worship, with its beautiful Gothic fresco of Saint Michael and many notable tombs and tombstones, but the veneration of Saint Thomas is also responsible for five schools in the region.
Open In Google Maps
11 Rue Martin Luther, Strasbourg, Grand Est, 67000, France
+33388321446
Visit Website
Give us feedback 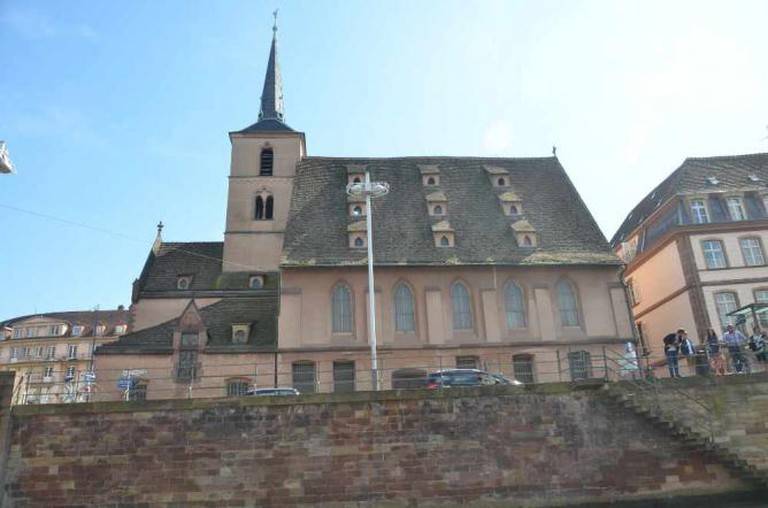 Strasbourg. L’église Saint-Nicolas | © Antoine SIPOS/Flickr
The Saint Nicolas Church of Strasbourg is a small Gothic church that has an extraordinary history. Most notably, Jean Calvin led services and preached at this church in 1538 and Albert Schweitzer was the pastor of the church, from 1900 to 1913, and used to play the organ there. The church no longer functions as a parish church, due to the decline of the population of the center of Strasbourg; however, it is used by a group called Renouveau Saint Nicolas.
Open In Google Maps
13 Quai Saint-Nicolas, Strasbourg, Grand Est, 67000, France
+33388370448
Visit Website
Give us feedback
Give us feedback