The Best Cafés In Chamonix, France

Whether you’re looking for a warming start to the day or an après ski chocolat chaud, Chamonix’s cafés have you covered. We pick some of the best cafés places to grab a paper, a mug of something hot, and a slice of something sweet.

Situated on Chamonix’s commercial street, this café gets a lot of business from passers-by who are enticed by the ice cream outside. By passing by, however, they’re missing out on a whole host of pastries and choux. Macarons and tartlets are some of the best options, and there are plastic-wrapped items to take home as gifts for family.

Le Gouthé bills itself as a “bar à chocolat”, and it doesn’t disappoint, with rich, creamy hot chocolate. In the summer, the café serves a selection of homemade ice creams, including some odd flavours like lavender. In the winter, grab a chocolat chaud and a slice of cake and warm up those freezing fingers.

Some of the other cafés on this list serve macarons, but Côté Macarons specialises in them. Its colourful window displays are what make it stand out from the street, but inside is a mixture of modern and antique chic, with tables generally only seating two patrons at a time. Pastries are obviously on the menu here, but so are lunchtime meals like salads and other savouries.

A local fixture since 1987, there are two branches of this store in Chamonix. The quality of their chocolates and pastries has kept them afloat for those three decades, and allowed them to open a second store in 2007. Decorated with a modern and reserved style, it’s a classy way to enjoy your baked goods. Sit inside rather than outside, the salon de thé works best when it has people in it. 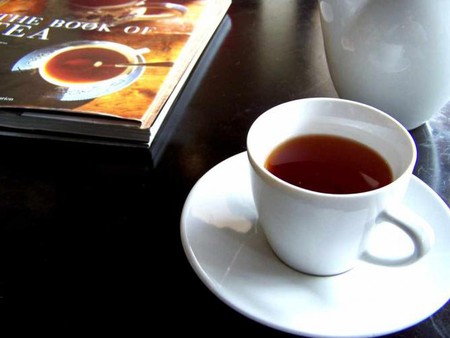 A pretty little wooden shack on a hiking trail, this is one that you could easily dismiss as a deserted hut. However, it’s actually a restaurant and summer home to the owners. Serving up organic and locally sourced dishes, it fits the definition of ‘hidden gem’ pretty well. It serves up some great ice cream, some great fruit tarts, and some great views.