The Best Bakeries in St Tropez

St Tropez has some wonderful bakeries or “pâtisseries”, many of which have been in existence for generations and have created some fantastic pastries and desserts. Here’s our rundown on the top few.

The Tarte Tropézienne is the bakery to go to for your bread, sandwiches and yummy cakes. It’s so popular that there are sometimes queues snaking out of the door, but it’s well worth the wait. 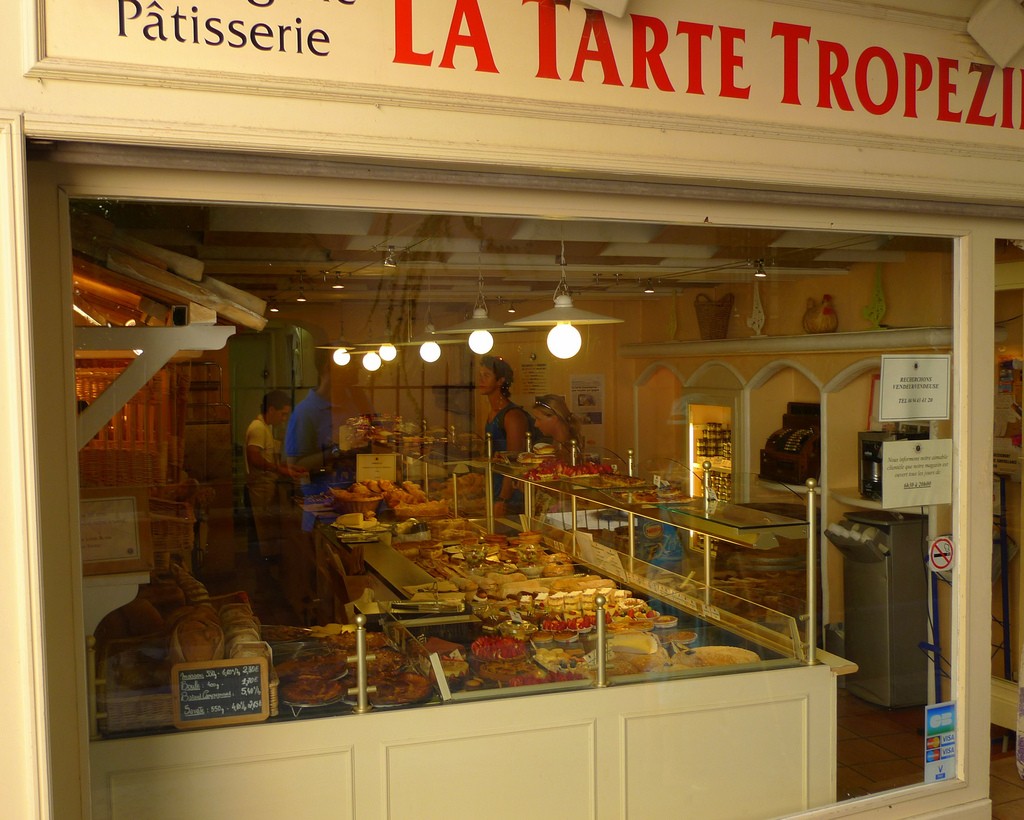 A “Tarte Tropézienne” (meaning literally, “a Tarte from St Tropez”) is a sort of cake – a cream filled brioche with sugar on top. It’s hugely popular in the south of France and was first created here by pâtisserie owner Alexandre Micka, in the 1950s. Brigitte Bardot was in St Tropez filming, And God Created Woman, and gave the cake the name. The name stuck, the cakes became popular and the bakery became La Tarte Tropézienne. It is now a chain of 20 stores around the south of France. An institution.
Opening hours: 6.30am to 8pm. Daily.
Tarte Tropézienne, Traverse des Lices, Saint-Tropez +33 (0)4 94 97 94 25

Ladurée is a Parisian pastry house that has several branches in upmarket locations across France. In 1862, Louis Ernest Ladurée, a miller, founded a tea room and pastry shop in rue Royale, Paris.

It was a time when women were gaining their independence and when people were flocking to Paris for the World Fair. The store became a hit and gained a reputation for decadent desserts. Great for macarons and other pastry delights.

Sénéquier is another local institution where you can find all sorts of delicious bread and cake things to eat, but the thing it does best is nougat. It’s been in business for 120 years selling a closely-guarded nougat recipe of Spanish almonds, Sicilian pistachio nuts and Provençal honey.

It’s right on the water’s edge where the big yachts moor; so buy a sandwich, a drink and some nougat, and watch all of St Tropez’s life walk right past your table.

Many people think this little pârisserie does a better Tarte Tropézienne than the original creator La Tarte Trapézienne, round the corner. It’s a great little bakery, perfect for picking up something for a picnic on the beach.