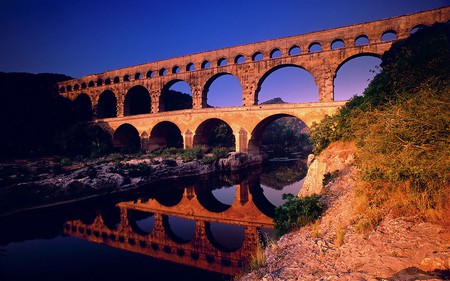 The Canal du Midi runs 240km long from Toulouse down to the Marseillan, near the Mediterranean. At the time of its construction, it was considered one of the greatest construction works of the 17th century. Originally designed to serve the wheat trade, it is one of the oldest canals in Europe still in operation, attracting tourists and locals alike each year to holiday on or relax beside it.

Plane trees lined the canal for a lot of its journey south – planted in the beginning to stabilise the banks of the canal – and generally the canal is a very calm place, weaving through the countryside and small villages. Most notably on the canal are the staircase Fonserannes Locks near Béziers and the world’s first canal tunnel at Malpas. 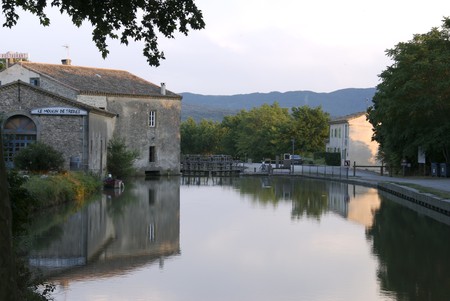 The Causses and the Cévennes is a mountainous region in the south of France, whose people have managed to retain their traditions of herding and tending to livestock (pastoralism). It is loosely around this reason why it is considered a UNESCO World Heritage Site. Mont Lozère, in particular, plays host as one of the last places where the summer migration of herders and animals is still practiced in the traditional way, using the drailles or drove roads.

To visit the Causses and the Cévennes is to really experience another kind of France. Locals are well-equipped to the terrain, with stone houses and well-stocked vegetable patches (supermarkets usually far from reach). 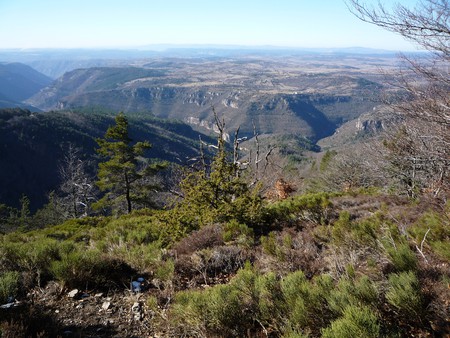 Since the pre-Roman period, a fortified settlement has existed on the hill where Carcassonne now stands. In its present form it is an outstanding example of a medieval fortified town, with its massive defences encircling the castle and the surrounding buildings, its streets and its fine Gothic cathedral. Read our guide to the top 10 things to do and see in Carcassonne. 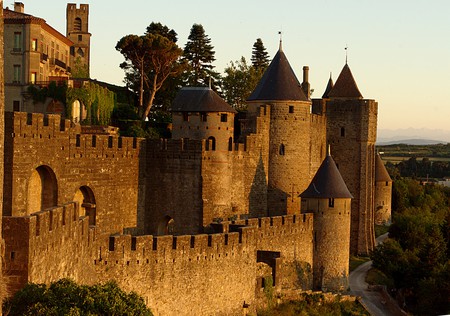 The Cirque of Gavarnie is a valley and glacial bowl in the Pyrenees mountain range – straddling the French/Spanish border – that resembles a natural amphitheatre, with Mount Perdu as its highest peak reaching 3,352m. The landscape is exceptional, comprising of meadows, forests, lakes and caves. The largest settlement, Lourdes, is about an hour’s drive away. 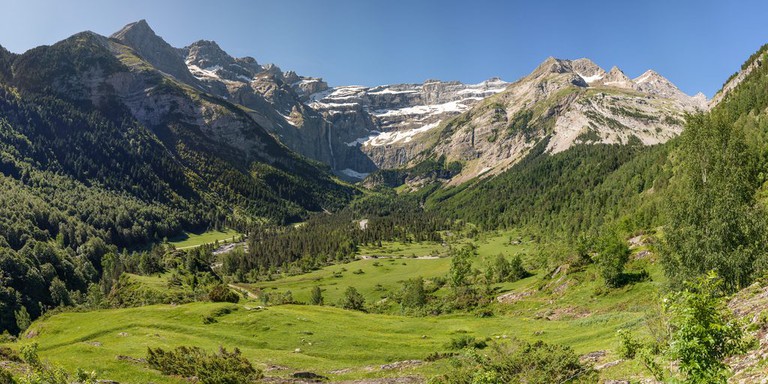 The Pont du Gard is an exceptional Roman monument, globally recognised as an UNESCO World Heritage Site in 1985. It was built to enable the aqueduct of Nîmes to cross the Gard river and is hailed not only for its artistic quality but for being a technical masterpiece of its time. Its measurements of almost 50 meters high and 275 meters in length are impressive.

Only half an hour away by car from both Avignon and Nîmes, the Pont du Gard can easily be visited on a day trip from either one of these alluring cities. 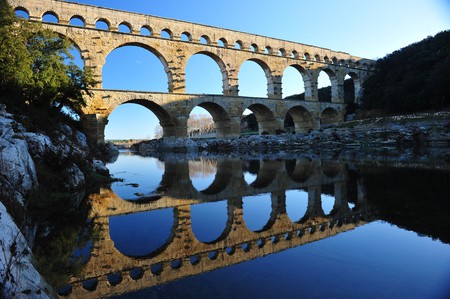 The Fortifications of Vauban consists of 12 groups of fortified buildings and sites along the several borders of France. In the Occitanie region, these are specifically the villages of Villefranche-de-Conflent and Mont-Louis.

The fortifications are the work of Sébastien Le Prestre de Vauban, commonly known simply as Vauban, who was a military engineer of King Louis XIV. For about 40 years from 1667, Vauban focuses solely on fortifications; updating existing and creating new ones in border locations all over France. 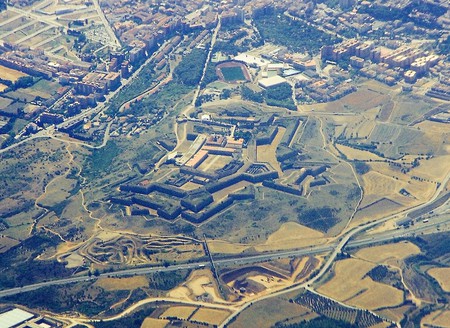 The Episcopal City of Albi covers 63 hectares and includes the fortified Cathedral, the Berbie Palace, the Saint Salvi Church, the Old Bridge and the old residential area of downtown Albi. The whole city is built from local brick in red and orange in the unique southern French Gothic style.

The city is dominated by its cathedral, with the size and aspect representing the power regained by the Roman Catholic clergy in the 13th century. Albi is the perfect size for wandering and exploring its medieval streets of half-timbered houses, gothic architecture and warm hues from the red bricks. 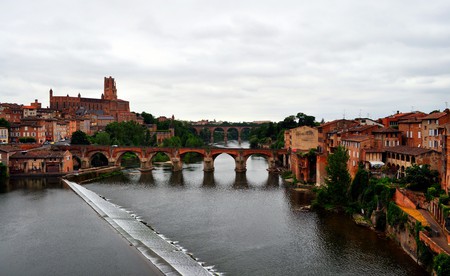 Episcopal City of Albi | © Funky Tee / Flickr
Give us feedback