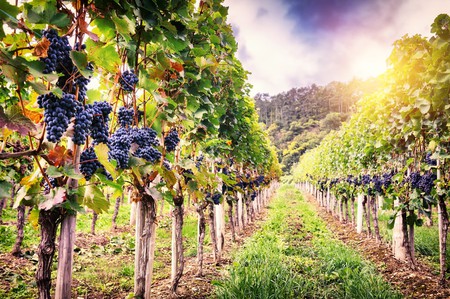 Autumn in France is magical. It’s the time of harvest, romantic weekends walking through falling leaves and beautiful sunsets overlooking the multicoloured flora and fauna. If you need convincing, just take a look at these stunning images of beautiful regions in France, that are at their best in autumn.

In the fourth arrondissement (suburb), the Notre-Dame de Paris Cathedral sits proudly on the river Seine. Stay to watch a sunset and the stunning autumnal colours will make it look magical. 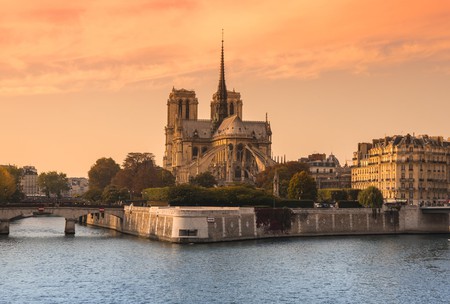 Visit the neighbourhood called Petite France in Strasbourg, in northeastern France. Strasbourg is the formal seat of the European Parliament and there are lots of chances to walk along tree-lined canals. 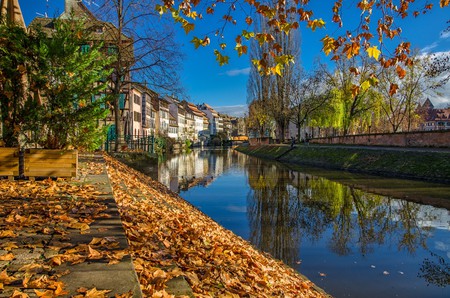 Chamonix sits at the base of Mont Blanc, which is the highest mountain in the Alps and is a location of stunning beauty. The ski resort of Chamonix is open all year round and is at the intersection of France, Switzerland and Italy. 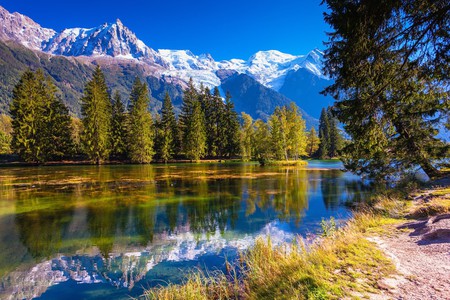 Chamonix in the Haute Savoie region of France | © kavram/Shutterstock

Burgundy is renowned for its delicious wine. Found in east-central France, the vineyards also produce Chablis, Chardonnay and Beaujolais. Gaze out at the miles of vineyards and watch the different shades of glorious autumnal colour. 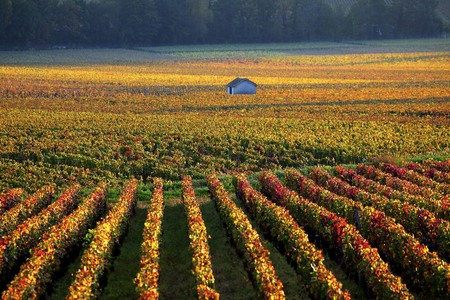 The Canal du Midi is a popular spot for holidaymakers with lots of opportunities to be close to nature. It’s over 200km long and begins in Toulouse in southern France.

The Eiffel Tower is the most iconic image of France. Built in 1887 as a temporary exhibit for Paris’ World Fair, it was so loved, that all 300 metres of it still stands. Go as high as you date and survey the beauty of the city below. 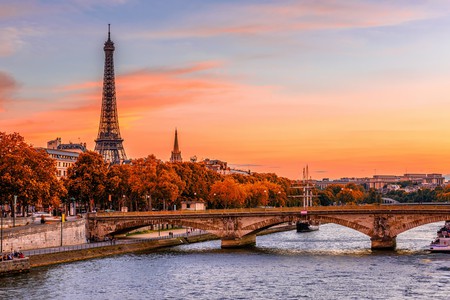 The Gorges du Verdon is often called France’s Grand Canyon. It’s over 25km long and 700 metres deep in some places. It’s in southern France and a favourite for rock climbers, kayakers and pedalo lovers. 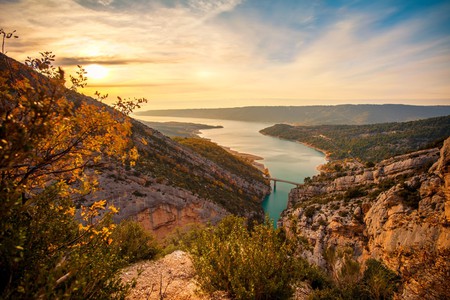 Annecy is in southeastern France and is an alpine town. It is known for its huge, spectacular lake and gorgeous surroundings. 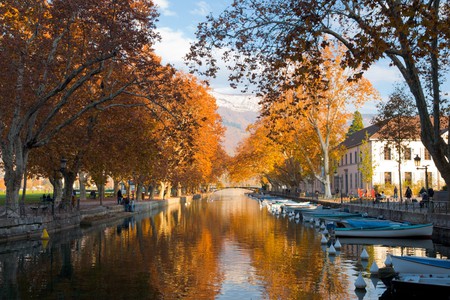 The canal in Annecy in Autumn | © Pius Lee/Shutterstock

The historic town of Riquewihr in Alsace. Alsace shares a border with Switzerland and Germany and has frequently changed hands over the centuries. It’s worth exploring to see the beautiful landscapes that look stunning during autumn. 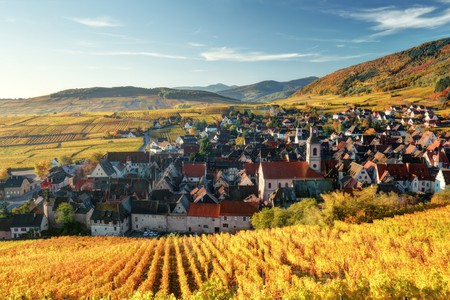 The Vallée de la Clarée in Écrins National Park in southeastern France has an outstanding landscape, just waiting to be discovered. It is one of 10 national parks in France and is in the Alpine region. 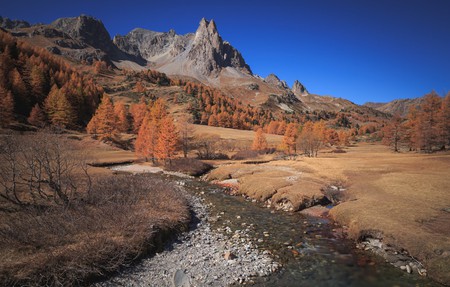 The seaside city of Caen in Normandy is famous for its history, and there are many fascinating ruins to explore. It shares many links with William the Conqueror and is the home of the World War II Memorial Museum. 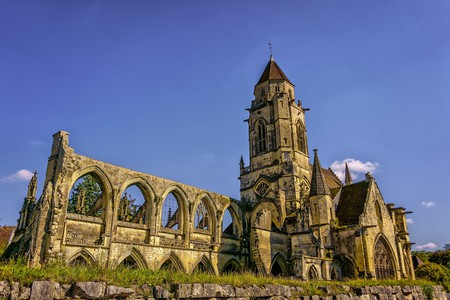 The Calanques National Park is on the Mediterranean coast in southern France. The Calanques are a series of creeks that have eroded the cliffs, forming small bays which are perfect for swimming and hiking. 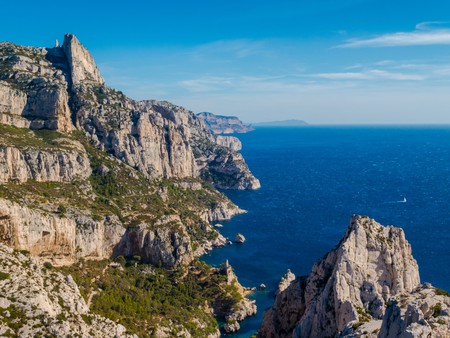 Avignon is best known for being the seat of Papal power when it transferred from Rome in the 14th century. Consecutive Popes built up the imposing Palais des Papes (Popes Palace), the largest medieval gothic palace in the world. When power returned to Rome, the palace fell into disrepair but has seen been renovated to its full glory. 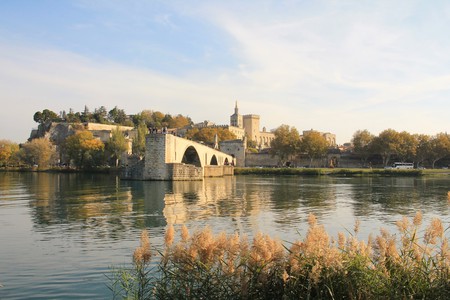 The Palais des Papes and bridge at Avignon | © Pictureflex/Shutterstock

Provence in southern France is as much known for its flat landscape and tree-lined roads, as it is for its vineyards and medieval towns. 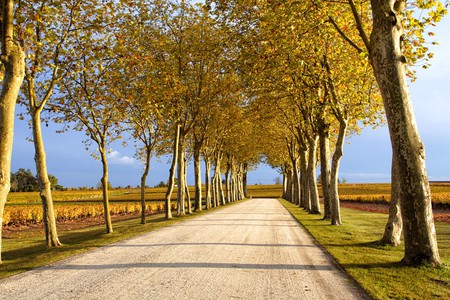 There are 3,000 prehistoric stones at Carnac in Brittany. They are listed as a UNESCO World Heritage Site and date back 5,000 years. 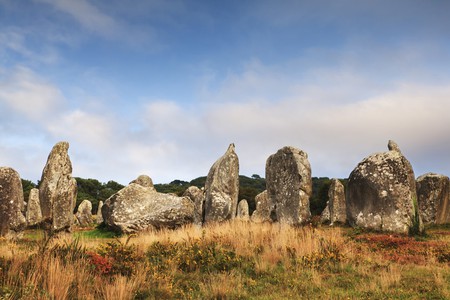 One of the most popular images of France is that of a lavender field just before harvest (you’ll find them mostly in Provence). 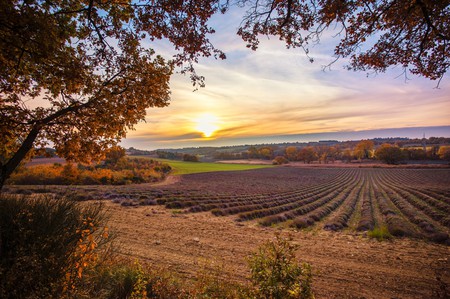 The village of Bonnieux is one of the most iconic in southern France. It was built on a plateau above the valley and the Roman bridge, Pont Julien, below. 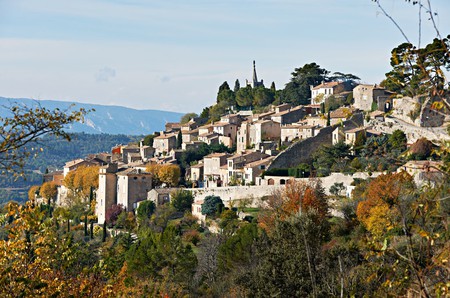 Quinson Lake is one of the least well-known lakes around the Gorges du Verdon in southern France, but it is worth exploring in autumn for the beautiful flora and fauna. 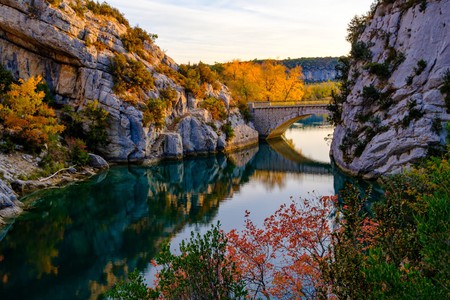 Autumn over Quinson Lake, Provence | © Marina VN/Shutterstock
Give us feedback