Protesting Plastic Pollution: Why This Frenchman is Going on a Six-Month Swim 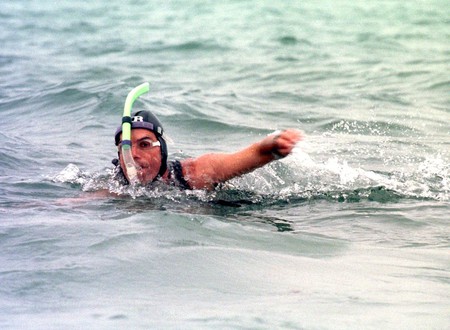 A French long-distance swimmer, Ben Lecomte, has begun a journey across the Pacific Ocean, which will take him six months and cover a staggering 5,000 miles. It’s an epic feat, taking him across the world’s largest ocean where he’ll encounter sharks, jellyfish, boredom and worst of all, the world’s biggest rubbish site. So, what’s it all about and why do it at all?

On June 5th, 2018, French long-distance swimmer Ben Lecomte left the shores of a Japanese beach to swim to San Francisco. The journey is expected to take 180 days, covering 8,000 km. His wife and child swam the first 50 metres with him before they hugged and turned around, leaving Lecomte to continue his long journey. 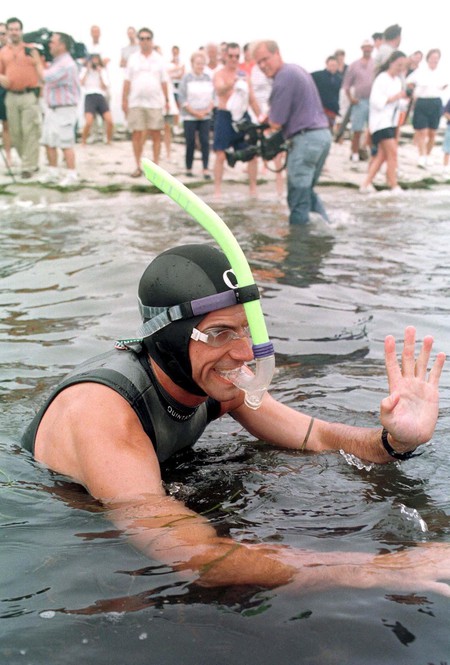 Ben Lecomte begins his attempt to swim across the Atlantic ocean from Cape Cod, America in 1998 | © KEVIN WISNIEWSKI / REX / Shutterstock

Ben Lecomte is 51 years old and a well-practised long-distance swimmer. In 1998, Lecomte swam an epic journey lasting 73 days and covering 3,716 miles (5,980 km) when he swam from Massachusetts, America to Brittany, France. During this feat, his accompanying boat emitted an electromagnetic field to ward off sharks. During these types of journeys, Lecomte tries to swim for eight hours every day (in two periods), before returning to the support boat to recuperate and sleep. The aim of this trip was to raise money for cancer charities in honour of his father’s memory, who died of colon cancer in 1991; he collected €100,000. 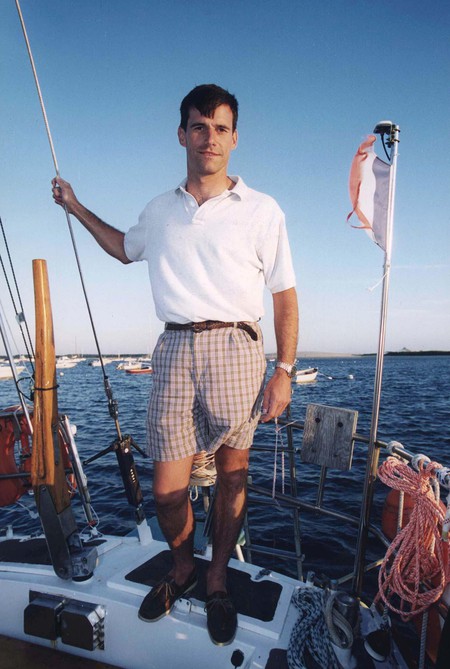 During the journey across the Atlantic, he battled eight storms and ate over 9,000 calories each day. Lecomte’s team declared him the first person to swim the Atlantic without a kickboard (beating an earlier attempt by another Frenchman Guy Delage, who did use a kickboard). However, the Guinness Book of Records has not recognised his record because there are no clearly defined terms over what ‘swimming the Atlantic’ really means because there are potentially lots of different distances (depending on the starting point) and controversy over how much swimming a person actually does if they are riding any prevailing currents. For example, the distance that Lecomte achieved in the time he did would have been impossible without the quick currents that carried his boat along during the night. 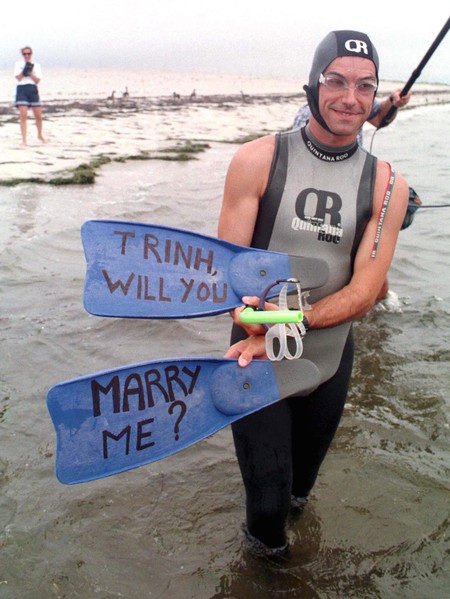 This epic journey is to raise awareness of ocean plastic

Lecomte will swim through the area of the Pacific where ocean plastic is known to congregate because of prevailing currents and, according to the March 2018 estimate, ‘is twice the size of France and contains nearly 80,000 tonnes of plastic’. There will be equipment on his support boat, the Discoverer, to take scientific readings in order to record the levels of plastic. The team will also catch fish to measure the quantities of plastic in the food chain. Lecomte told the press that instead of large pieces of plastic, the ‘garbage vortex’, as it is known, is actually made up of invisible pieces of microplastic, which sit in the water like ‘plastic smog’. Lecomte’s attempt is being filmed for a documentary.

It’s not just sharks that will be a worry

Sharks are definitely a worry. Just a couple of hours after he left the Japanese shoreline, Lecomte spotted a three-foot shark swimming below him but after consulting the team, he decided to continue. However, after five hours, the boat called him to say they had spotted a five-foot shark and were sending out the shark protection device. As is customary, the doctor arrived to take his pulse and ask him questions about his lucidness. After six hours of swimming and a great start on day one, they decided that he would come in for the night. Lecomte’s main problem as a long-distance swimmer is monotony. It can be incredibly challenging to find the stamina to swim eight hours a day, by yourself, for six months. What’s more, Lecomte’s journey won’t just take him through the plastic smog. He will be challenged by the cold as well as storms, jellyfish and the desire to succeed after seven years of planning and preparation. You can follow Ben’s movements in his logbook, The Longest Swim.