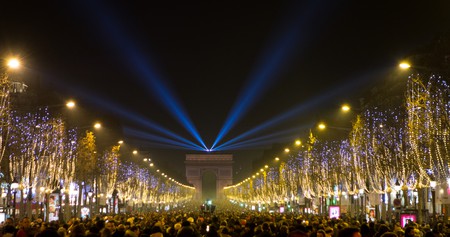 The French have celebrated New Year on many different dates: on March 1st in the 6th and 7th centuries, on Christmas Day during the reign of Charlemagne, on Easter Sunday in the 10th century, and on April 1st until the 16th century, at which point King Charles IX issued the Edict of Roussillon, which set New Year definitively on January 1st. New Year’s Eve is now known by its saint’s name, La Saint-Sylvestre, and has ten local customs to observe.

Having dinner with family

The end-of-year celebrations usually begin with a quiet dinner enjoyed among family and close friends. The meal tends to be the same as that enjoyed on Christmas Eve – the day when the French eat their main holiday feast – and, confusingly, both are known as le réveillon(another name for New Year’s Eve is Le Réveillon du Nouvel An). It will be several courses long, and can take as many as four hours to consume. Caviar, oysters, foie gras, and goose are all popular dishes, and the champagne bottles will be popped open early in the day. 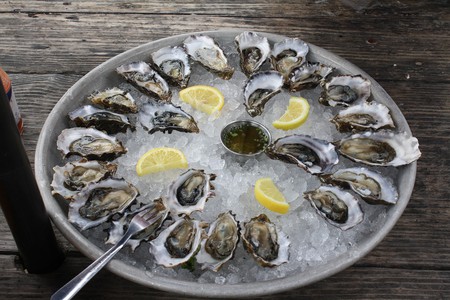 As in many countries, a popular way to bring in the New Year is with a party at home. Des soirées déguisées, or costume parties, are common at this time of year. Alternatively, guests might simply be expected to dress up for this special occasion – or se mettre sur son 31, as the locals would say. You can expect music and dancing, and perhaps even the public announcement of resolutions. However, the one thing you are guaranteed is an abundance of food. This is France after all. 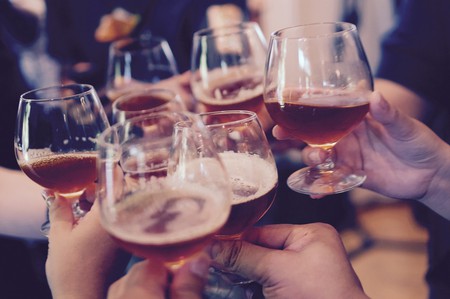 The television is usually packed with seasonal shows on La Saint-Sylvestre, but one transmission you absolutely have to tune into is the presidential address. Just as the Queen addresses her British subjects on Christmas Day, at around 8PM on New Year’s Eve the President of the Republic speaks to the French people from the Palais de l’Élysée about the year past and the one to come. This will most likely be François Hollande’s final vœux présidentiels so don’t miss his last shot at national attention before the spring elections.

Partying in the street

If you aren’t throwing or going to a house party, you have two options for a night out on La Saint-Sylvestre: either you pay extortionate prices for club entry or you join the thousands of people enjoying a free shindig in the city streets. In Paris, the three most popular locations are at the foot of the Eiffel Tower, on the Avenue des Champs-Élysées, and at the Sacré-Coeur in Montmartre. Unfortunately, municipal fireworks are no longer let off anywhere in the capital (this is reserved for July 14th). On the upside, public transport is running and free in most large cities to help everyone get home safely. 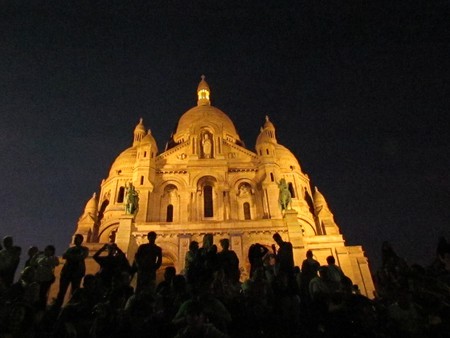 Wherever you are, when the clock strikes midnight, the local custom demands that you make as much noise as possible. You can shout Bonne année!, you can scream wordlessly, you can sound a klaxon or a car horn, blast chanson songs at top volume, you can set off firecrackers – you can do pretty much whatever you like (keeping safety in mind) in order to make an absolute racket. The tradition probably derives from an ancient belief that loud noises would frighten off demons and evil spirits that were more threatening during the transition from one year to the next. 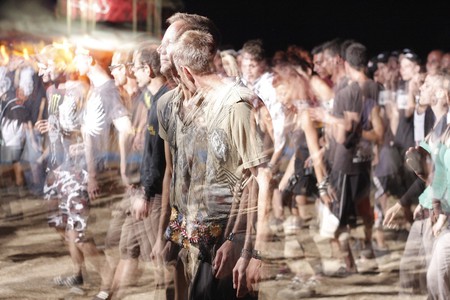 Revelers in the street │ | © Unsplash

Kissing under the mistletoe

Whereas many might be used to kissing under the mistletoe, or gui, at any point during the festive period, the French usually reserve this for midnight on La Saint-Sylvestre. So, if you want a holiday smooch, be sure to equip yourself with a bunch of the parasitic plant (and strategically position yourself next to your chosen someone) before the hands approach the top of the clock. 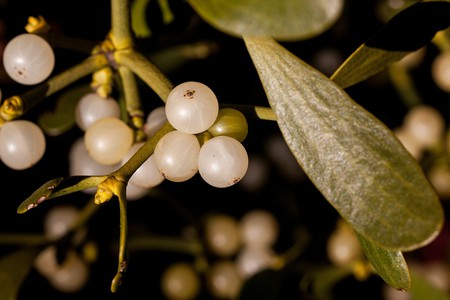 Traditionally, the French have never been big on Christmas cards (though you can now find a decent enough selection in most gift and book shops) and instead send their messages of love and goodwill at New Year. These might be written on the morning of January 1st (through a punishing hangover in many cases) and exchanged with friends and family over lunch, or sent at any time during the year’s first month. 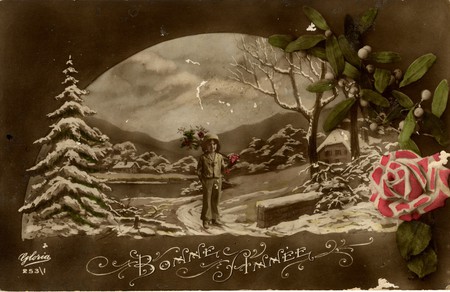 On New Year’s Day, the Champs-Élysées remains pedestrianized and is the site of a major musical parade. It’s not quite on the scale of the Macy’s Thanksgiving Day parade, but you can expect some spirited drumming and flag-throwing. You can join the thousands of people who line either side of the avenue to watch it go by or, alternatively, you can stay curled up on the sofa and watch it on television.

Another typically French custom is the exchanging of étrennes on New Year’s Day. Traditionally, this would have been a small amount of money or candy given to children by the family. Today, it is more commonly used to describe the bonus given by people to those who regularly work for them, like cleaners, postmen, concierges, and garbage collectors – a bit like Boxing Day in the UK. January 1st can also be another excuse to give presents to friends – and receive them, of course. 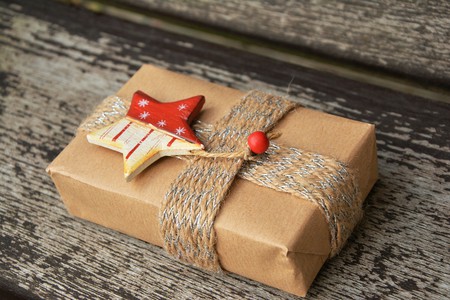 In France, the holiday period extends on to January 6th, the day of the Epiphany. This religious celebration marks the day that the Magi (or Three Wise Men) presented their gifts to the baby Jesus. In homes, schools, and offices across the country, you’ll find people tucking into a Galette des Rois (a cake of the kings) which contains one or more small plastic figurines – yes, it’s a health and safety nightmare but it’s also a beloved and delicious tradition, so be prepared! If one of these little kings is in your slice, and you manage not to choke on him, you get to don the crown provided. 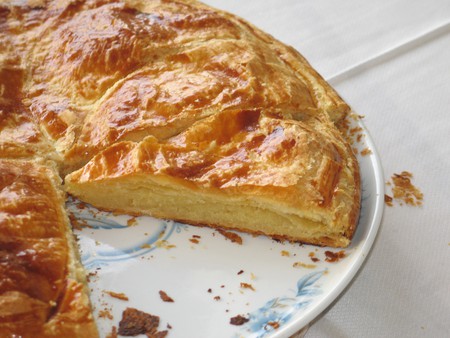