The 10 Best French Chefs You Need To Know About 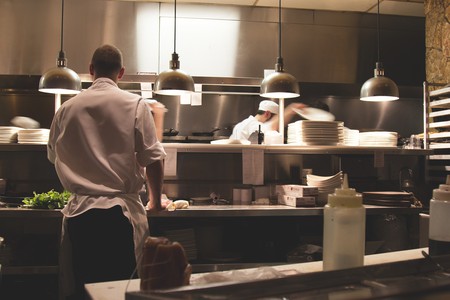 France has set itself at the forefront of cooking since its placement as the leader of haute cuisine and its involvement in Gastro-tourism, in addition to the creation of the gastronomy bible: The Michelin Guide. Known typically for rich flavors, cheese, wine and luxury, we look at some of the top chefs working today, their restaurants and contributions to French gastronomy.

From the historic town of Arras in Northern France, Jean-Christophe Novelli enjoyed the art of baking from the age of 14, and after leaving school he quickly honed his skills to become a personal head chef to renowned figure Elie de Rothschild and family when he was just 19 years old. 1983 saw him move to Britain, where he worked at the Chewton Glen Hotel and then spent some time as head chef at ‘The Maltsters’ pub, owned by Keith Floyd. Having opened four establishments in London, today he is known as a celebrity chef worldwide and proudly runs his Novelli Academy, which after just three months of opening was voted one of the top 25 cookery schools in the world.

Originally from the region of Brittany in France, Alain Passard goes one step further in his ambitions to use solely seasonal, organically grown produce within his restaurant in Paris, L’Arpège. Holding an admirable respect for Mother Nature and fresh produce, Passard carefully creates each recipe in order to promote each individual ingredient and allow them to compliment one another. With a history working under renowned figures such as Gaston Boyer, Passard had earned himself two Michelin stars by the time he was 26, and today L’Arpège has three gardens around France to supply it with the best organic produce. 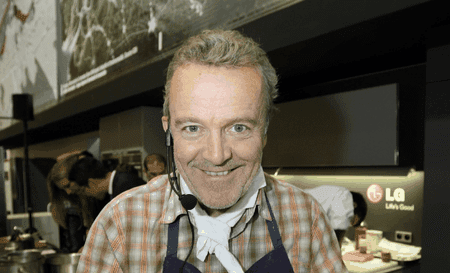 Celebrity chef Raymond Blanc is known for undertaking his trip to England with nothing but the shirt on his back. He was born in Besançon in Eastern France and takes pride in his heritage, taking direct influence from his mother and the recipes she used to teach him when he was a child growing up around the Jura mountains. The fundamentals of his mother’s cooking rubbed off on Blanc, and today he promotes the use of seasonal fruit and vegetables in order to create the freshest dishes. Today he is chef and owner at Le Manoir, a two Michelin star country house hotel in Oxfordshire, UK.

Based in Lyon, French chef Paul Bocuse is most respected for his incredibly high standards and numerous contributions to French cooking over the decades of his career. He has an illustrious history within gastronomy, and is known to be one of the founders of Nouvelle Cuisine, which upon its creation was celebrated for its healthy use of fresh ingredients. He has taught many chefs, some of which are famous today, and is founder of the Bocuse d’Or, widely regarded as the most prestigious culinary award attainable. Today his predominant restaurant is the luxurious l’Auberge du Pont de Collonges which serves traditional French cuisine.

Daughter of known chef Jacques Pic, Anne-Sophie Pic grew up from a culinary family, living above the family run restaurant Maison Pic in Valence. Although having had no formal training, cooking has always been a constant part of her life, and being unable to ignore this passion with the kitchen, she trained under her father from the age of 23. In the world of gastronomy ruled by men, she is the fourth woman to attain three Michelin stars, and has received the World’s Best Female Chef award.

Hopping between her two restaurants in Paris and London, Restaurant Hélène Darroze and Hélène Darroze at The Connaught, two Michelin star chef Hélène Darroze trained formally under Alain Ducasse after leaving university in 1990. Originally from the Aquitaine region in Southwest France, Darroze is from a family of chefs going back four generations. Her blood boils with the passion of cooking, and her food is known for its rich, hearty and rustic attributes.

Pastry chef Pierre Hermé has been dubbed ‘the Picasso of pastry’ by French Vogue magazine, and is well known for his light and tantalising macarons. With a family from Alsace in North-Eastern France, Hermé trained under renowned pastry chef Gaston Lenôtre in Paris from the age of 14. He has since been named France’s Pastry Chef of the Year, and has been awarded the Chevalier of Arts and Letters. With the aim of refreshing traditional recipes and methods, whether it be minimising the designs on cakes and pastries or creating new flavours for desserts with savoury ingredients, Hermé is a revolutionary pastry icon.

With her heritage in Senegal, Rougui Dia has stormed to the forefront of French cooking, experimenting with influences from her mother who taught her about the use of different flavours in African cooking while she was growing up in Neuilly-Plaisance, France. After exploring her talents in bakery and cooking, and joining 144 Petrossian in Paris in 2001, Rougui Dia was appointed head chef in 2005. The restaurant is located above the famous shop of the same name and is known for its specialisation in caviar, and under the guidance of Dia, an elegant and inventive menu.

Owner of two flagship self named restaurants, one in Paris and one in Las Vegas, Guy Savoy is known around the world for his work with Nouvelle Cuisine and his early involvement with this new way of cooking French food. His restaurant in Paris has received several awards, including three Michelin stars and listings on more than one occasion in Restaurant Magazine’s Top 50 Restaurants in the World. With his history rooted in Nevers from parents talented in gastronomy, Guy Savoy crafts seasonal dishes, inspired by his training under the Troisgros family and his family’s generations of culinary practice. 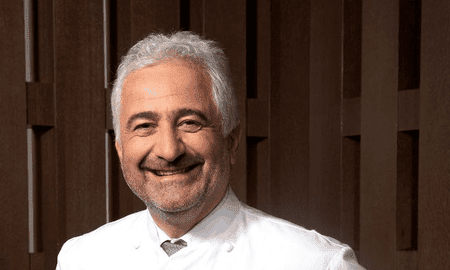 Having trained in Mantes-La-Jolie, Michel Guérard worked around Paris for some time in various restaurants, eventually opening Le Pot-au-Feu in Paris and attaining his first Michelin star in 1967. He is notable for his birth of the Cuisine Minceur style of cooking, which sets itself as an even healthier and lighter version of French cooking than Nouvelle Cuisine. This health focus can be seen to have been inspired by his wife Christine Barthelemy and her spa resort in Eugénie-le-Bains, and he continues to successfully promote this healthy new way of cooking today.