Joël Robuchon: The Legacy of the Most Michelin-Starred Chef 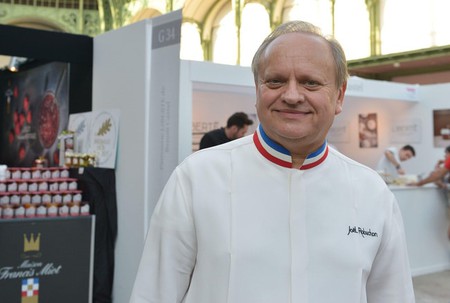 Legendary French chef Joël Robuchon was awarded the most Michelin stars in the world. In the wake of his recent death, we delve into his impact on modern French cooking.

Joël Robuchon’s contributions to the culinary world were so important that he landed the title ‘Chef of the Century’ in 1990. As well as many more important accolades, he is well known for making mashed potatoes that have been described as ‘the best in the world’.

The life and legacy of Joël Robuchon

Joël Robuchon passed away on August 6, 2018, at the age of 73. He left behind an influential legacy as one of the best chefs that France – and possibly even the world – has ever seen. 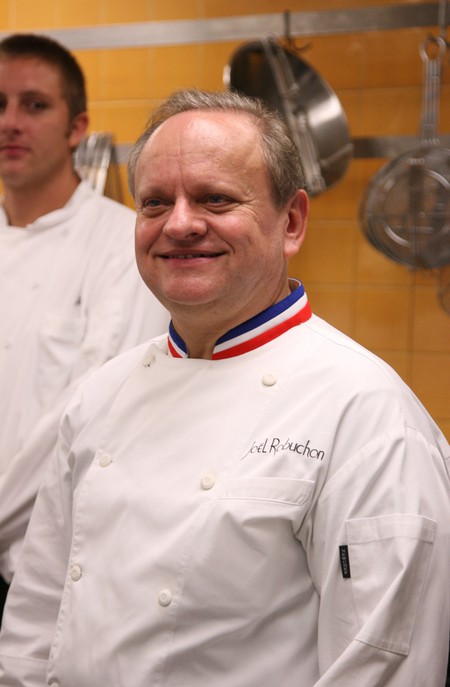 Robuchon was born in Poitiers, France, in 1945, but the path that he followed into the world of cooking was far from conventional. Initially, he wanted to be a priest and so, he studied alongside the nuns at the Châtillon-sur-Sèvre seminary in Deux-Sèvres.

Robuchon preferred to spend his time helping nuns prepare vegetables in the kitchen rather than studying the Bible, at which point he discovered his passion for cooking. He entered his first kitchen as an apprentice at the age of 15, at the Relais of Poitiers Hotel, starting as a pastry chef before working his way up the ranks.

Robuchon held the title of ‘Chef of the Century’

Robuchon earned no fewer than 32 Michelin stars across 13 countries during his lifetime, making him the man with the most Michelin stars in the world. 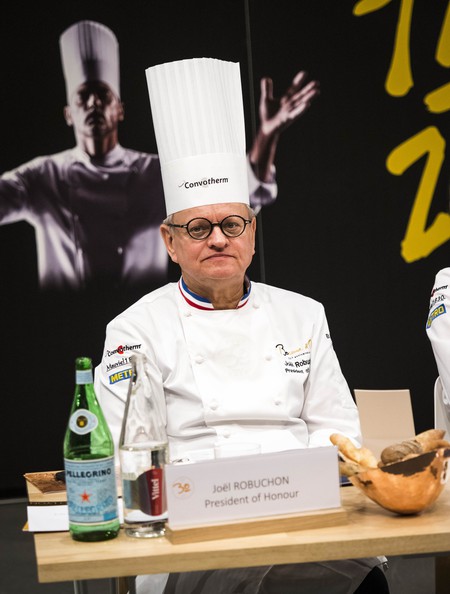 Robuchon’s greatest award was winning the title ‘Chef of the Century’ from the Gault et Millau cooking guide in 1990. But he also won the title of ‘Meilleur Ouvrier de France’ (‘France’s Best Craftsman’) for his skills in culinary arts in 1976.

During the 30 years he spent in top restaurants, his most infamous moment was when he hurled a plate at a young and ‘difficult’ chef that he was training – this chef was Gordon Ramsay.

In part due to Robuchon’s working-class roots, he found the world of fine dining rather stifling and was keen to bring the experience back down to earth.

Not only did he favour simple dishes, such as creamed cauliflower and ravioli, but he also cooked them in a way that avoided mixing too many flavours at once. Robuchon’s meals were always served in generous, hearty portions as well, in contrast to the current fashion of small plates in high-end restaurants. 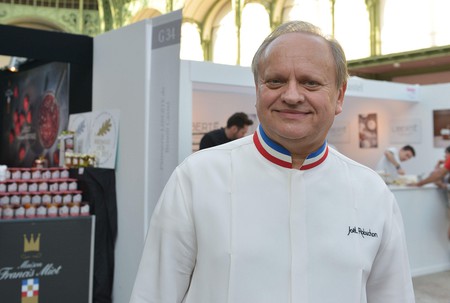 Mandatory Credit: Photo by ISA HARSIN/SIPA/REX/Shutterstock (4786694ad) Joel Robuchon 'Taste of Paris' food festival at the Grand Palais, Paris, France - 22 May 2015 Anne Hidalgo, Mayor of Paris visited the 1st edition of Taste of Paris at Grand Palais in Paris, sponsored by Alain Ducasse and Joel Robuchon, famous French chefs. The event from May 21st to May 24th, 2015 gives the chance for Parisians and tourists to meet 80 artisans and producers and to taste dishes created by 14 famous French chefs. Transitory restaurants are installed and the participants can attend performances of chefs. | © ISA HARSIN / SIPA / REX / Shutterstock

His mashed potatoes were a particularly fine art

Arguably one of the greatest misconceptions in the world of food is that mashed potatoes, one of the simplest dishes around, are boring. However, in the hands of Robuchon, at least, this classic all-time favourite became a fine work of art. 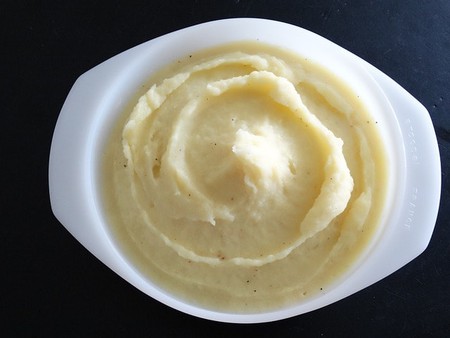 Robuchon’s version of the dish was deemed so exquisite that critics described eating it as an overwhelmingly ’emotional’ experience. Even though, legend has it, the dish was just a 50-50 mix of potato and butter. This elevated content of butter is what endowed his pommes purées with a particularly creamy texture and heavenly taste.

The type of cooking that Joël Robuchon influenced is sometimes described as ‘post-nouvelle cuisine’. Casting a retrospective glance back to a simpler era, this style of cuisine searches for authenticity; a ‘cuisine actuelle‘. 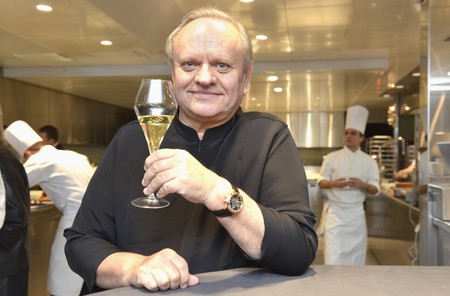 As well as this, Robuchon placed particular importance on the use of natural ingredients and seasonal produce, authoring the popular cookbook, Cooking Through the Seasons.

In this book, Robuchon shares 50 of his favourite recipes, including cherry gratin, scallops with caviar, caramelised pear cake and sea bream in a salt crust, all arranged by season.