How to Experience Dijon's Medieval History in 24 Hours 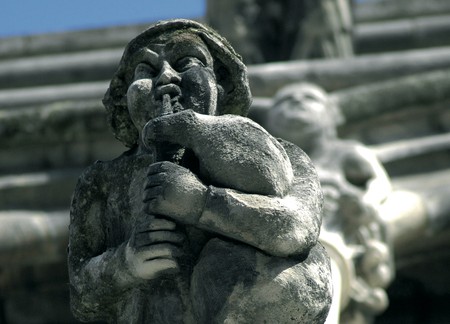 In the Middle Ages, Dijon was the seat of power of the Dukes of Burgundy. They controlled a massive swath of central Europe starting near Geneva in the south all the way through Burgundy proper, parts of present-day Luxembourg, Belgium and the Netherlands reaching north beyond Amsterdam. The historical center has been modernized without erasing the traces of its mighty past, and provides an immersion in medieval history.

The Palais des Ducs, home of the fine arts museum, is the focal point of the city from where old narrow streets radiate out, and the perfect introduction to the splendor of the medieval court. Dijon became capital of the Kingdom of Burgundy as early as the 5th century, gaining power towards the 9th century as counties and dukedoms of the Carolingian Empire were consolidated. It wasn’t until the 14th century when the Dukes of Burgundy held court there, that Dijon truly came into its own as one of the most important cities in medieval Europe. The dukes were great patrons of the arts, commissioning sculptures, tapestries, paintings, and furnishings. The Musée des Beaux Arts de Dijon is so vast that it merits several visits, in this case, best to concentrate on the impressive collection of medieval art and artifacts.

One of the major commissions of great importance according to the traditions and beliefs of the time, was the monumental tombs that served to secure safe passage to heaven and also to impress on visitors the enormous influence and wealth of their rulers. Upon closer inspection of the extraordinary marble and alabaster platforms that serve as the base to the Ducal funeral recumbent figures, the world-famous pleurants are revealed. Within the arcades of the platform, the artists carved individual monks in a devotional procession. Each and every one of The Mourners was treated as an individual work of art with its own personality and expression. 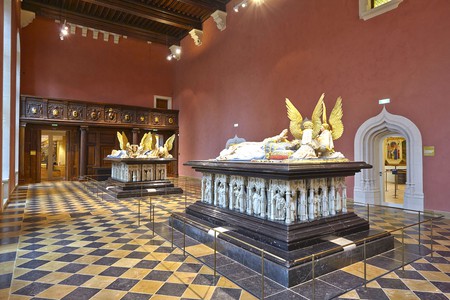 A climb to the top of the 46m Philippe le Bon tower in the palace offers an exceptional panoramic vantage point of the city and surroundings. Erected between 1450 and 1460 for Philip the Good, Duke of Burgundy, at the same time as the Ducal house, it recalls the prestige of Dijon in the Middle Ages. This would be a good time to stop for lunch as the palace is surrounded by an endless selection of great restaurants to fit any budget and dietary preference.

Afternoon — The Trail of the Owl

Nothing like a healthy constitutional after a delightful meal, and walking the trail of La Chouette is just the ticket. The owl is the emblem of the city, visible on the markers of the walking tour. The original owl is a stone carving on one of the pillars of the 13th-century Notre Dame church, said to bring good luck to passers by — touch it with the left hand as you walk by, it couldn’t hurt, so… pourquoi pas?

A companion app tells the story of each site as the visitor follows the numbered bronze pavers. Printed details of the Parcours de la Chouette are also available at the Tourism Office behind the Palais des Ducs building. The walk is designed to take between two to three hours. Make time to stop for coffee and a slice of pain d’épices, a local cake perfumed with spices and honey brought to Dijon by the Dukes of Burgundy from the northern territories in the 14th century and still popular to this day. 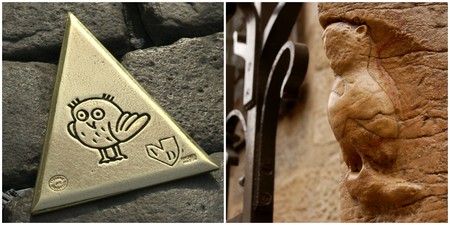 After hard work comes reward. Losing your way in the narrow medieval streets lined with shops and town houses is guaranteed to reveal jaw-dropping treasures. Just buying a gourmet pot of the celebrated Dijon mustard at Maison Maille feels like stepping into a historical movie set; some of these building are a true pilgrimage for medieval scholars. The Maison des Cariatides for example, with its façade a riot of stone female figures, soldiers and vines, is one of Dijon’s finest buildings and one of the best preserved examples of medieval architecture anywhere in the world. The area behind the church of Notre Dame, the Quartier Jean Jacques Rousseau, is worth a visit, as is the narrow Rue de la Verrerie, with its antique shops and art galleries. These are some of the best streets to experience the feel of commercial activity in the Middle Ages. 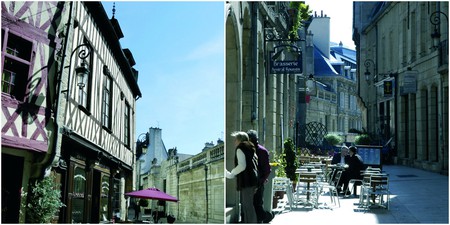 It’s been hard work all this medieval sleuthing, so it’s time for a well-earned break. For an aperitif in an actual movie set, visit the Maison Millière, one of the oldest medieval buildings in Rue de la Chouette, and now a café and restaurant with a beautiful cobbled terrace. The architecture is so well preserved that the venue was a set in the film Cyrano de Bergerac (1990).