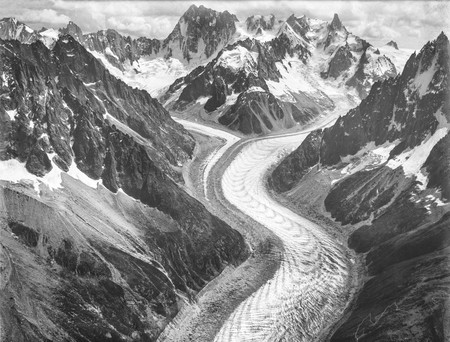 A monumental balloon flight in 1909 across the French Alps might just be the key to galvanising people into action in the fight against climate change.

In 1909, Swiss pioneer Eduard Spelterini flew on a one-man mission in his hot air balloon from Chamonix to Switzerland. It was the first time that anyone had flown from west to east over the Alps. The voyage was over 100 miles and because Spelterini was also a photographer, he took photos of the “Mer de Glace” (translated as the Sea of Ice), which is one of the longest glaciers in the Alps at 5.6 km long. 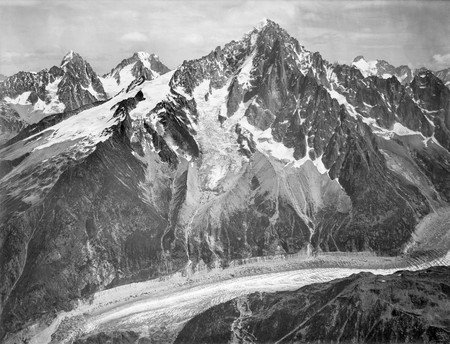 Over a hundred years later, they provide a concise guide to ice levels

Due to the fact that Spelterini was also a keen photographer, the pictures aren’t just scientific. Their composition and artistry show all the peaks in relation to each other and the ground, meaning that they are less abstract than they might be. Using photogrammetry (mapping photos to gain a 3D understanding of the landscape), Spelterini’s flight path and photos enabled scientists to get a really good idea of ice levels and movements at that time.

The 100-Year time Lapse Project is being undertaken by the University of Dundee to provide a visual comparison of the changes in ice since Spelterini’s ride. The Mer de Glace has been well studied over the past decades but never as a visual project. Drones are being used to take visual recordings of the glaciers at the same points as Spelterini.

Whereas in the past people used to be able to see a valley full of ice, the snow level has dropped over 100 metres, so that now people look down on a largely empty valley floor. Eduard Spelterini was by all accounts a keen lover of photography and hoped that his photos would help gain a better understanding of the natural world. With this project, his work will hopefully be appreciated and continued for another 100 years. 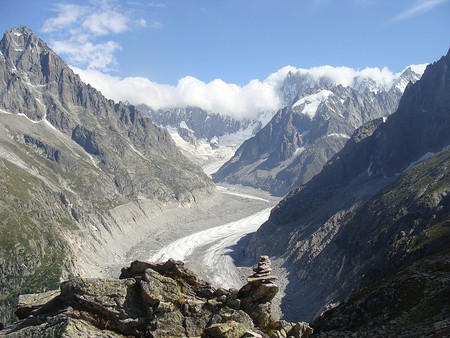