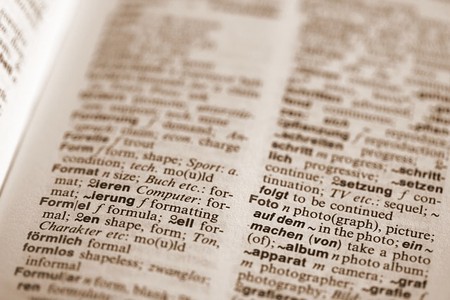 French has always been a favourite second language, especially for hopeless romantics. Now, French President Emmanuel Macron shares his ambitious plans to boost the use of French even further.

Believe it or not, but French is the only language, alongside English, that is taught in every country in the world. It ranks as the sixth most widely spoken language after Mandarin Chinese, which makes it definitely worth learning.

There are over 275 million people around the globe who speak this romantic language on a daily basis, which, according to the U.S. Census Bureau, amounts to nearly one in five people. Spoken in such epic proportions, it’s only fitting this language officially be given the recognition it deserves.

To the delight of Francophones across the nation and beyond, Macron last week unveiled his grand strategy to promote his native language. Not only does he want to make French the first language in Africa but also, as his characteristically ambitious self revealed, “maybe even the world”.

The most provocative quote on the subject so far has come from Jean-Claude Juncker, the president of the European Commission. “Slowly but surely, English is losing importance,” he bluntly stated, before switching to French in a speech, not English.

Macron’s latest plans to boost the use of French around the globe are largely seen as grandiose day-dreaming, since France is very much still battling to stop English from replacing French on home turf. If you turn on the TV or radio in France or catch sight of an advert, you’ll be amazed at just how often the French speak in a stolen English tongue.

“There is a strong tendency for everything to be in English and for us it’s a big loss,” Jean told Le Figaro. “You can’t imagine a democratic country with just one party and you equally can’t imagine international diplomacy with only one unique language. Why should we only use English in certain areas such as research, science, management or administration? It’s mind-boggling.”

The diversification of languages in the international playing field of politics is long overdue, and, along with discussions about the preservation and promotion of French, it has been the hot subject of debate at The Académie Française in Paris for some time.

Jean, who speaks five languages, added: “I am really devastated to see that in the media and advertising the language of Shakespeare is considered more efficient and more cool than French. It’s sending the wrong message. Language is a source of know-how and knowledge and there is no hierarchy among languages.”

Linguist Loïc Depecker, the official “general delegate” of the French Language and Languages of France, has voiced his support towards these plans to boost the use of French by criticising the deception that accompanies a systematic use of English in France.

“This phenomenon worries us,” Depecker told Le Parisien newspaper. “The use of the French language in the public space is one of our major concerns. By using English, shops are selling a sort of American dream, a dream of globalisation.”

“You get the impression that it is the language of modernity. We must worry about it, but we can not prevent freedom of commerce. From a legal point of view, there is nothing to complain about.”

Other linguists have been more militant, such as Jean Maillot, who wrote a book pleading with the French to ditch 100 English words that have invaded French.

Despite these petitions and protests, the law in France currently states that “a French brand can perfectly be composed of one or more terms exclusively from English,” according to the National Institute of Industrial Property. However, with the president’s grand plans to promote French in the pipeline, it’s quite possible that this law might change in the future.