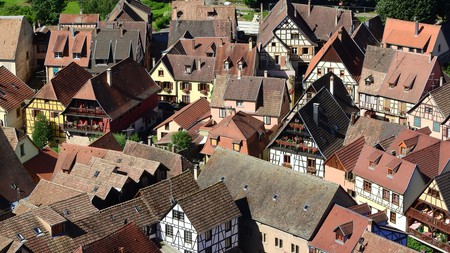 The French have spoken – or, more accurately, voted by SMS – and the country outing you have to make this year is to Kaysersberg in Alsace. Its cobbled streets and timber-framed houses were too much for the 12 other competitors in the running for the title of Village préféré des Français 2017.

The sixth edition of the annual television event on France2, hosted by the ever-enthusiastic Stéphane Bern, brought in 2.4 million viewers, an 11.2% audience share. A figure all the more impressive when you consider that France was playing rivals England in a World Cup qualifier on the other side.

French TV pundits reckon Kaysersberg’s chances were given a significant boost by a promotional video featuring Delphine Wespiser, Miss Alsace 2011 and Miss France 2012, shared widely on Facebook in the run-up to the live show. At the time of writing, it had been viewed 1,378,284 times.

Wespiser was in Rochefort-en-Terre, the Breton village that won in 2016, on Tuesday evening to collect the award on the village’s behalf. ‘My heart beats for all Alsatians,’ she told Bern. ‘We are super happy. This highlights our heritage but also the inhabitants. They are people who know how to work and who like to party.’

Indeed, as the news reached them, a thousand Kaysersbergeois (around half the village) crowded into the central square to celebrate their victory.

As well as bragging rights among France’s other beautiful rural retreats, the title is likely to bring sizeable economic benefits. Previous winners have reported a 40% increase in visitor numbers, which has a positive knock-on effect for local businesses.

For those now thinking of paying Kaysersberg a visit, there are a few must-see sites. First off is the charming 13th-century castle that overlooks the village and its surrounding vineyards. Built by Frederick II, Holy Roman Emperor, the granite monument actually gave its name to the village, which means ‘Emperor’s Mountain’ in German. Another popular landmark is the copper dome of the magnificent Église Sainte-Croix. 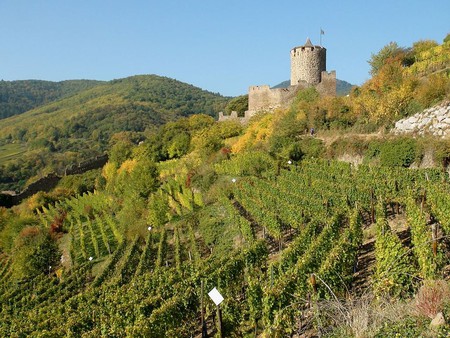 Alsace is itself ripe for exploration. Just a 20-minute drive away is another ‘France’s Favourite Village’ winner, the gorgeous but unpronounceable Eguisheim, which took home the trophy in 2013. The journey to the remote village of Mittelbergheim will also reward you with some of the region’s finest wine.

Other picturesque French villages to visit are this year’s runners-up: Saint-Valery-sur-Somme on the English Channel and La Roque-Gageac in the Dordogne. And, while it took the 2017 wooden spoon, Montchauvet is nonetheless a super destination for a country drive at just an hour and fifteen minutes from Paris.