France’s 10 Entrants To The Venice Biennale You Should Know

The Venice Biennale hosts a renowned contemporary art exhibition that takes place every two years in Venice, Italy. It was founded in 1895 and it is now one of the most prominent and popular cultural events in the world. The art section of the Venice Biennale, the Art Biennale, has been recognized as the world leader in contemporary art exhibitions, with the number of participating countries increasing from 59 in 1999 to 88 in 2013. We highlight the ten most recent contemporary artists selected to represent France in the Biennale’s French Pavilion. 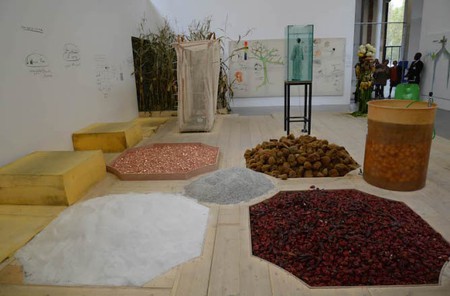 Fabrice Hyber is a conceptual artist born in France in 1961. He produces work that highlights what he has called ‘the enormous reservoir of the possible.’ His artwork ranges from drawings and painting to installations and performances. Hyber is best known for his installation of a hair salon in the Centre Pompidou and a supermarket in Paris. In 1997 he was entered into the 47th Venice Biennale for his creation of a TV studio, which not only recorded scheduled programs but also included the gaps between them. 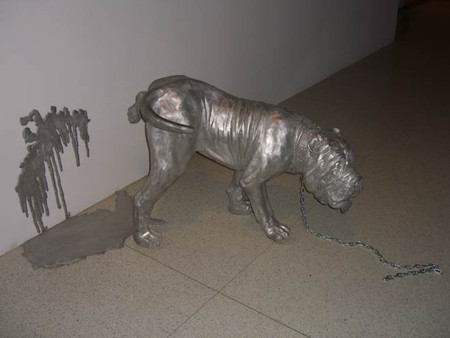 Huang Yong Ping and Jean-Pierre Bertrand represented France at the 48th Venice Biennale in 1999. Huang Yong Ping, born in 1954, is a prominent Chinese-French avant-garde artist. He was born in Xiamen, China, and has been dubbed the most contentious and provocative artist of the 1980s Chinese art scene. Jean-Pierre Bertrand, born in 1937, focuses his art on the interrelationship between nature and concept. He uses natural substances, such as lemon and honey, throughout his artwork to alternate the relationship of the real to the symbolic. Inside the French Pavilion at the 1999 Venice Biennale, Huang Yong Ping showcased a collection of cast-aluminium animals, set up on the pavilion’s roof and on surrounding tree trunks. Jean-Pierre Bertrand created his art using tools like lemons, which he uses as a tribute to Robinson Crusoe, who discovered lemons in a garden at the center of the island where he had shipwrecked in Daniel Defoe’s novel. 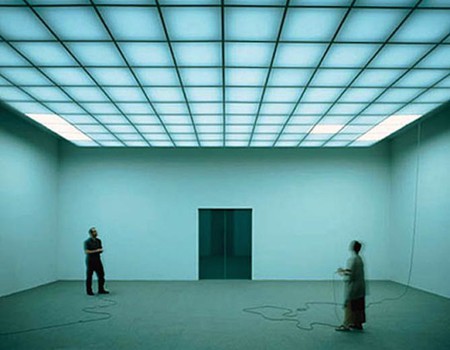 Pierre Huyghe, born 1962, is a French contemporary artist who represented France at the Venice Biennale in 2001. Many of Pierre Huyghe’s works are a renovation of meaning, a way to see how a model can be prolonged within the pre-existing frameworks we encounter everyday. In the French Pavilion, Pierre Huyghe installed three rooms where he showed a lamp prototype that was made in collaboration with Philippe Parreno and M/M. The lamp rose from a central seating cluster up to the ceiling where the lights dropped into the air.

Jean-Marc Bustamante, born 1952, is a French sculptor and photographer who represented France at the Biennale in 2003. Born in Toulouse, France, he now lives and works in Paris. In the late 1970s, Bustamante changed society’s interpretation of photography in French art when he unveiled his project Tableaux, a series of photographs of around Barcelona that blurred the boundary between painting and photography. Bustamante uses several techniques to create original, innovative artwork, and he is fascinated by the way people view pieces of art as a mental or even psychological perception of the world. 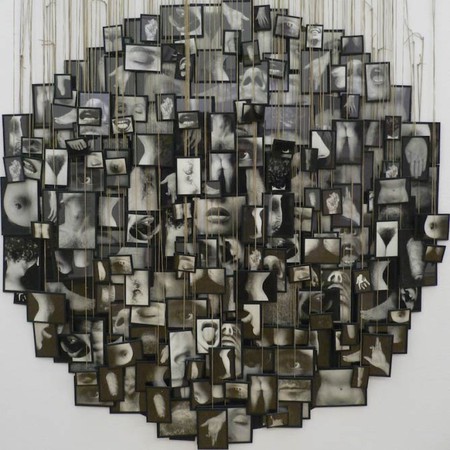 Annette Messager, born in 1943, is best known for her installation work, which often integrates drawing with photographs and an assortment of other materials. Her first solo exhibition was in 1973, at the Städtische Galerie im Lenbachhaus in Munich. In the 1970s her work questioned accepted perceptions of women and stood out because of the way she incorporated memories, including those from her own childhood, obsessions, and even references to the occult. In 2005 Messager won the prestigious Golden Lion Award at the Venice Biennale for her artwork at the French Pavilion. 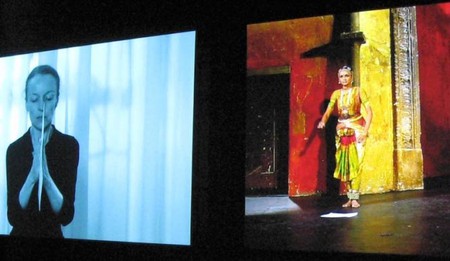 Sophie Calle, born in 1953, is a French photographer. Her work is seen to have roots in conceptual art because she emphasizes the artistic ideas behind her photographs, rather than the finished product. Calle is also acclaimed for her film installations, and her work investigates situations that she sets in movement. When a boyfriend broke up with her by email, Calle asked 107 women to read and analyze the email. It was set to music, performed by an actress, and probed by a forensic psychiatrist. The resulting artwork called ‘Take care of yourself’, was presented by Calle when she represented France at the 52nd Venice Biennale in 2007. 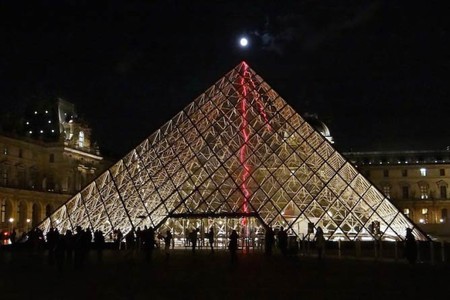 Claude Lévêque, born in 1953, is a French artist and sculptor who represented France at the 53rd Venice Biennale in 2009. Lévêque creates installations consisting of objects, lights, and sounds that take control of people and places. In 1982 he participated in his first exhibition at the House of Arts and Culture in Créteil, where he presented his installation, Grand Hotel. Claude Lévêque’s work intervenes in the spaces it comes into contact with and aims to deliver a compelling visual and sensory shock. Since the mid-1990s, Lévêque has experimented with neon in his works. Recently, he created an installation for the Louvre in Paris, which consists of an enormous neon lightning bolt that slices from the highest point of the Louvre’s pyramid to the base, scattering reflections onto the glass faces surrounding it. 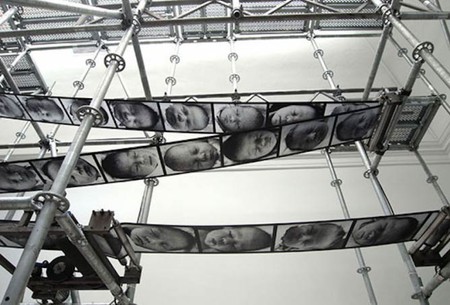 Christian Boltanski, born in 1944, is a self-taught photographer, painter, filmmaker, and sculptor. He first gained public attention in the late 1960s when he released short avant-garde films and published a personal notebook about coming to terms with his childhood. During the 1970s Boltanski developed his photography skills, and in the 1980s he began to create kinetic installations in which a strong light focused on figurative shapes. He incorporating portrait photographs of Jewish schoolchildren into his installations, and these photographs hold powerful memories of the mass murder of Jews by the Nazis. Boltanski’s thought provoking artwork is both heart-wrenching and beautiful, leading to his selection as France’s entrant at the Venice Biennale in 2011, where he presented his exhibition, Chance.

Anri Sala, born in 1974, is an Albanian contemporary artist who lives and works in Berlin. From 1996 to 1998, he studied at Ecole Nationale Supérieure des Arts Décoratifs in Paris, and he then went on to complete Postgraduate Studies in film directing at Le Fresnoy, Studio National des Arts Contemporains. Sala was chosen to represent France at the 2013 Venice Biennale, where he unveiled his work Ravel Ravel Unravel. To mark the 50th anniversary of the Elysée Treaty, Germany and France exchanged pavilions for the 2013 Venice Biennale, and so Sala showed his work in the German Pavillion. Anri Sala’s Ravel Ravel Unravel is a multi-screen film installation based on a 1930 concerto by Maurice Ravel, which was created to be played exclusively by the left hand. Two films focus separately upon the left hands of two well-known pianists, Louis Lortie and Jean-Efflam Bavouzet. The films are played at the same time and reveal the differences between the two interpretations of the music.

Céleste Boursier-Mougenot, born in 1961, is a French artist who originally trained as a musician at the Conservatory for Music in Nice. From 1985 to 1994, he worked as composer for the avant-garde Pascal Rambert theater company, a role that pushed his work into more experimental realms. During the early 1990s he began to create sound installations for art galleries. Today, he is well known for his installations that are as auditory as they are visual. His most well-known piece, from here to ear, fills a room with amplified electric guitars and the sound of birds. He creates installations where living birds fly around rooms filled with instruments, and visitors viewing the installations enjoy the unpredictable sounds created. Boursier-Mougenot’s project Revolutions at the 2015 Biennale will be curated by Centre Pompidou curator Emma Lavigne.