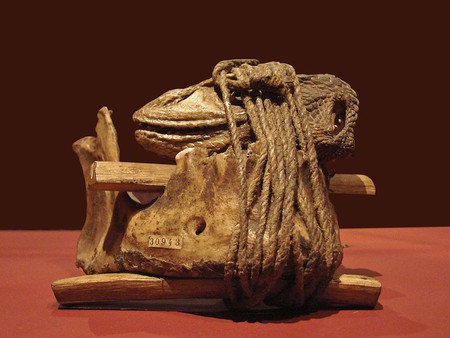 A "bo", a fetish taken on a Beninese Amazon warrior during the war against the French colonial army | © Jean-Pierre Dalbéra/Wikicommons

French President Emmanuel Macron markedly differentiated himself from his predecessors by announcing that France will return the artefacts that were stolen during the colonial era to African countries during a joint press conference with Benin President Patrice Talon on March 5.

Last November, Mr. Macron took a different stance compared to the former French president regarding the restitution of the artefacts illegally taken by the French government in their former African colonies. During a meeting with university students in Ouagadougou, President Macron announced that the French government would return within five years the stolen artworks currently scattered around French museums. On March 5, he confirmed this intention.

“I, indeed, expressed when I was in visit in Ouagadougou my wish to see the cultural patrimony of several African countries exhibited and preserved in Africa,” Mr. Macron said. “I made a commitment that within the next five years, all the requirements would be met in order to facilitate the temporary or permanent restitutions of these artefacts that belong to the African patrimony and therefore should be in Africa.”

A "bo", a fetish taken on a Beninese Amazon warrior during the war against the French colonial army | © Jean-Pierre Dalbéra/Wikicommons

Prior to this, African countries like Benin made several official requests to the French presidency to have these artefacts returned. The last request was made in 2016 and was rejected by then-president François Hollande.

Irénée Zevonou, Benin’s Ambassador to the United Nations estimated that there are between 4500 and 6000 objects from the Dahomey kingdom (former name of Benin), including royal thrones and doors of the Royal Palaces of Abomey, a UNESCO World Heritage Site.

However, returning these artefacts might be easier said than done due to a very strict legislation. According to French law, these artefacts are considered as “national property” and therefore are protected by two pillars of the French law, which are inalienability and limitations. At the moment, these legal points make the restitution process illegal. However, nothing prevents the French government to return the pieces as a “temporary lending” that will be renewed every five years while changing the law and finish the process of permanent restitution. This solution was used before by then-presidents Mitterand and Sarkozy to return sacred manuscripts to Korea.

To facilitate the process, President Macron appointed the Senegalese author Felwine Sarr and the French art historian Bénédicte Savoy, two experts on this issue to come up with “concrete propositions” by November 2018. In addition to that, Stéphane Martin, director of the Musée du Quai Branly will travel to Benin to meet with the country’s cultural workers. 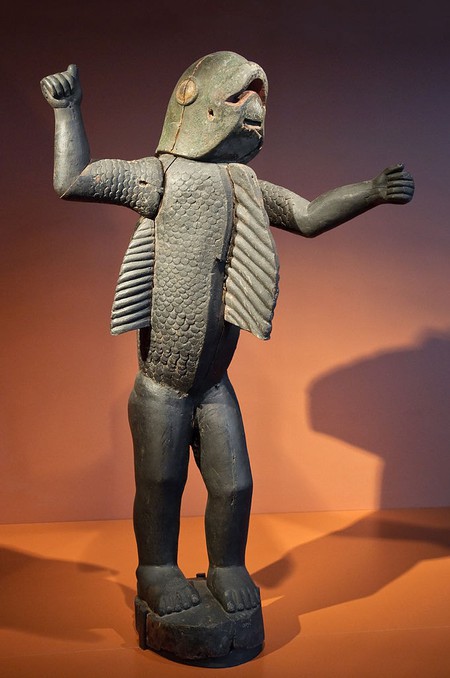 Despite these announcements, some observers remain sceptical about the feasibility of the restitution process. That is the case for Simon Njami, editor of Revue Noire, a Paris-based magazine about African art and head curator of the 2016 Dakar Biennale.

“Since the African borders were drawn by the European powers during the 1885 Berlin Conference without taking into account the existing borders, it would be hard to decide where older artefacts belong,” Njami said. “France should fund exhibitions of the objects across Africa, but as for restitution, we can talk about it in seven years. Nothing will have moved.”

If it is too early to discuss the outcome of the restitution process, it is safe to say that African art’s impact and influence in art that were for a long time ignored at an international level is slowly getting the recognition it deserves. At the 2017 Venice biennale, 27 artists coming from 10 countries of the continent were able to showcase their work to an international audience. In September 2017, the Zeitz Museum of Contemporary Art Africa opened in Cape Town and became the first public contemporary art museum in Africa.

The recent opening of the Museum of African Contemporary Art Al Maaden (MACAAL) in Marrakech, a private art institution, is further proof that African cultural institutions are willing to reclaim their cultural narrative, patrimony and heritage.