For the Sake of Argument: An Interview With French Writer Laurent Binet 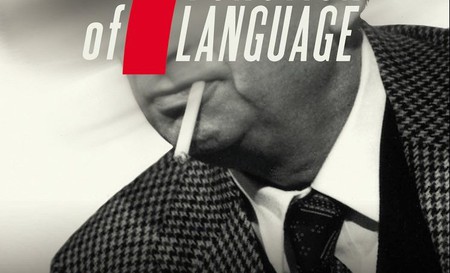 Laurent Binet’s much-awaited second novel The 7th Function of Language was published in English last month—the follow-up to his critical and popular success HHhH. We caught up with the author to talk about the work, a fast-paced murder mystery set at the heart of early 1980s French high society, and the importance of quality debate in politics.

Roland Barthes, in the introduction to his Essais Critiques, argues that the “foundation itself of literature” is variation—it is, he points out, solely through variation that one has a “chance to communicate exactly” what one wants to say. In other words (forgive the frill), originality is key because a message like ‘I hate’ can only be conveyed with precision, and power, when it is phrased differently than with a simple ‘I hate.’ (The inimitable Dorothy Parker, for instance, went about it like this: “If I had a shiny gun, / I could have a world of fun / Speeding bullets through the brains / Of the folk who give me pains.”) 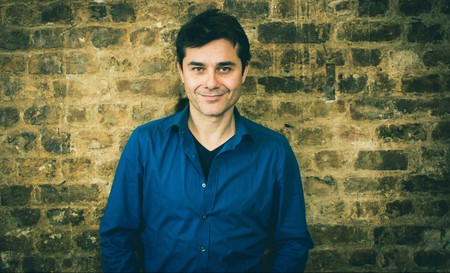 It isn’t therefore particularly surprising that Laurent Binet, whose latest novel more or less centers on Barthes, would have himself embraced variation. Not so much with regards to language, mind you, but certainly in terms of subject matter. Five years after his international bestseller HHhH was published in English, the Frenchman is back with The 7th Function of Language, once again via Sam Taylor’s deft translation. And while the former told the story of the assassination of Nazi nonpareil Reinhard Heydrich, and was replete with meta-commentary on the author’s process and the book’s ‘truth,’ the latter weaves a murderous political conspiracy within early 1980s European and American academia, to often hilarious—and action-packed—result.

“I didn’t want to just have fun, you know—like I love Nick Hornby but I didn’t want to make a Nick Hornby kind of book,” Binet told me, “but after ten years on HHhH, with all the dreaming about Heydrich, the horror and mass murder, I was compensating a bit.” I met him a few weeks ago at the Institut Français in London, sitting in a corner of the médiathèque and wearing a black suit-and-purple-shirt combination wholly successful in bringing a little flair to what we shall call, for lack of a better term, the ‘library look.’ “So anyway, yes, writing about linguistics and performative function instead of all that was lighter, but it doesn’t mean it wasn’t interesting.”

The novel hinges upon linguistic and semiotic theories, and features an invented ‘seventh function of language,’ whose use makes whatever the speaker is saying become true (it is, as they say, performative). Roland Barthes’ death, in 1980, serves both as a catalyst into that academic world and the detective story Binet has written inside it:

“I was a big fan of his work, and read pretty much everything he [Barthes] did. And I knew he had that silly death, you know—crushed by a car. The funny thing was he had just come out of a lunch with François Mitterrand [French president from 1981 to 1995 and, at the time, the Socialist Party candidate], so it gave it a bit of mystery… Semiotics, also, is in a way the science of Sherlock Holmes, the science of investigation, so I thought why not?” 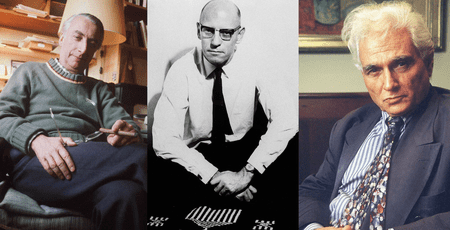 From that point onwards, The 7th Function takes us on an increasingly eccentric adventure across France, Italy and the United States (with a notable stop at Cornell University), following its two detectives, Herzog and Bayard, as they unravel the grand conspiracy behind Barthes’ murder. But the novel also has real fun with the inclusion of some of the most important academic and literary figures of the day.

“I didn’t realize it at first, but an investigation into his death would have to take place among his friends and relatives. And Barthes’ friends were all those guys from French theory: Foucault, Derrida, Deleuze, Althusser, Kristeva, etc…”

All indeed feature in some way or other within the book, for the most part called on to act out in outrageous—and memorable—vignettes. Foucault and Hélène Cixous, for example, are more than once found engaged in acts of sexual extravagance; elsewhere, Umberto Eco gets urinated on by a stranger in the middle of a Bologna bar; and Barthes, in a taxi with Foucault, tries to outdo his friend in conversation by branding Picasso a fraud.

If some of these sketches were invented, of course, Binet assured me that a surprisingly large amount weren’t: “It’s the same for Umberto Eco in Bologna—that was a true anecdote told by the bar’s waiter, who was still around when I went there and had known him! […] Also the editor of Barthes’ complete works in France used to be a teacher, a colleague of mine, and so he was a source. He gave me anecdotes too.”

A book about debate

Yet the narrative doesn’t just dance off sex and academics, and Binet is skillful in injecting it with touches of gravitas. Whether it’s via Derrida and Searle’s brutal debates on linguistics, or wider political issues of the time—the 1980 French presidential election, Italian terrorism, left-wing radicalism—the action is anchored within what, from today, appears a deeply dynamic intellectual and political situation. One which, more than anything, seemed concerned with argument:

“This book was a lot about rhetoric, and the three classical fields of rhetoric are politics, justice and the ceremonial—so of course politics fit within the plot.” It is however with a certain appreciation, if not longing, for the period and its political discourse that Binet included it:

“For a time I didn’t know actually, because I was eight when Barthes died, but there is nostalgia. You know Derrida and Searle could argue so fiercely about linguistics—I made it more theatrical, sure, but they wrote books to respond to each other and to insult and to make fun of each other. And at the same time it was on very interesting topics, linked to the linguistic turn, and not only about national identity like we are obsessed today. It’s also a bit of nostalgia for a time when the left had that hegemony and influence which now, of course, as you could see recently in France and America, it doesn’t.”

“Nostalgia is a sterile and stupid feeling, but I can’t help myself,” he added, before comparing the presidential debate in 1980 to the one between Macron and Le Pen a few weeks ago. In The 7th Function, the televised bout between Mitterrand and incumbent Giscard d’Estaing is itself a crucial chapter, part of the book’s denouement, serving to showcase the superiority of a rhetorical tactic over another. “The quality of that debate had nothing to do with that recent one between Macron and Le Pen. They were better, you know, because they talked about real politics. Now they don’t speak about anything, except to say ‘you’re a liar’—‘no, you’re a liar’, and so on. […] I used to always think a candidate won when he won the discourse war… but in France now it wasn’t that clear.”

In a way, this book serves as a reminder of what politics used to be thirty or forty years ago: more violent and vicious, perhaps, but at least concerned with argument and ideology in a way that just isn’t true today. “I think it was maybe the turning point, the end of the 1970s. You can’t find a more political decade than that, and after the beginning of the 1980s it began to, you know… die down.”