Flowers In Europe: The Best Blossoms And Blooms To See In Spring 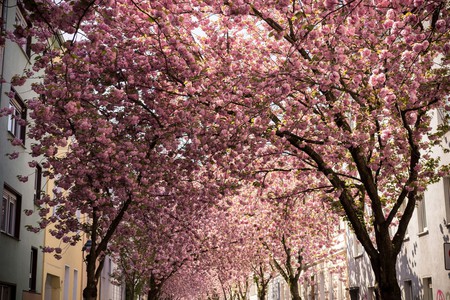 As winter turns its back, spring’s warmth brings colour to the landscape all over Europe. Flowers sprout up their heads after hibernation and canopies of trees are covered in pastel hues. Here is Culture Trip’s selection of the best blossoms and blooms to see in spring across Europe.

The Azores, an archipelago in the Atlantic Ocean, are one of the remotest pockets of Europe. Often considered the European Hawaii with a strong volcanic presence on the islands, from black sand to geysers, the Azores islands are also known for their incredible hydrangeas, framing houses, edging roads and pathways all over the islands that start flowering in spring. One of the central, smaller islands in the Azores called Faial boasts the largest collection of hydrangeas in varying shades of blue, so much so that the island has the nickname Blue Island. 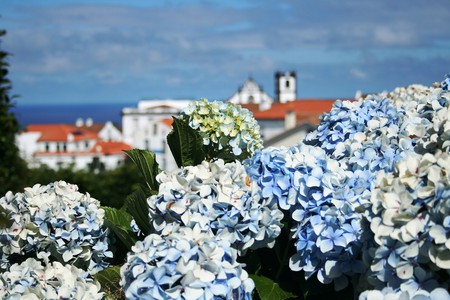 The lavender fields are synonymous with the South of France and Provence, in particular. The ideal time to explore this fragrant area of France is in June before the tourists descend in the summer months. The village of Sault is the capital of lavender and so this popular spot is a great place to start. Take the top roads from Sault, as these winding hilly roads opening onto pretty lavender plateaus are quieter and will give you a taste of the real landscape. 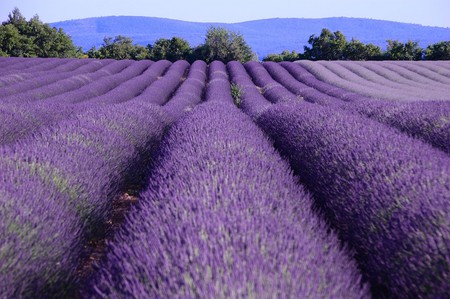 The small city of Bonn gets overshadowed on most accounts by Germany’s bigger, bolder cities, but not in springtime. Thanks to its many cherry trees, the city gets dressed in a blanket of blossoms each April. Bonn’s Nordstadt neighbourhood is the area of the city where the trees lining the street are covered in the pinkest blossoms. Head to Heerstrasse – actually known as the Cherry Blossom Avenue – for the best spot in Bonn for more blossoms than you’ll be able to photograph. 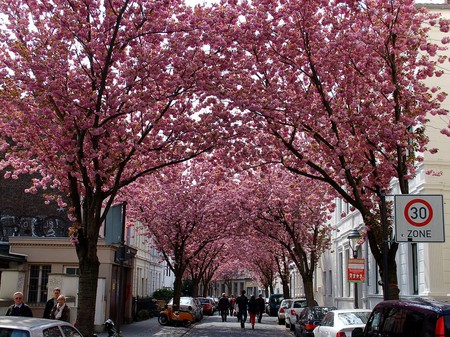 The Gargano National Park is dressed from head to toe in wild flowers each spring. More than 2,000 species of plants live in the Gargano landscape, including the highest concentration of wild orchid species in Europe. Ramblers and plant enthusiasts will be in their element in the park’s meadows, forests and general peninsula area, spotting species after species of wild orchids. 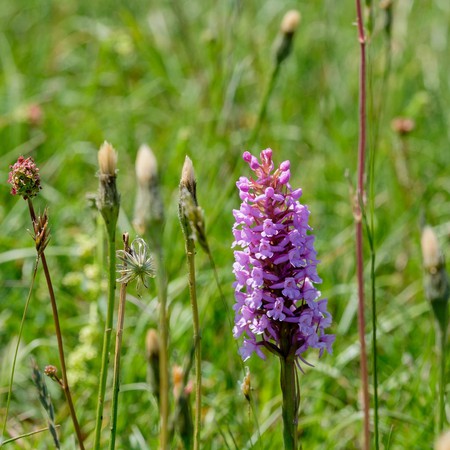 Sometime during the months of April or May, the already gorgeous Tuscan landscape evolves into a swaying sea of red poppy heads. The iconic Val d’Orcia region in Tuscany is where most people will head to – and with good reason. This UNESCO World Heritage Site, with its undulating hills, Cyprus trees standing proud and traditional Tuscan farmhouses, can’t be beaten at any time of the year but springtime is really when it’s most vibrant. 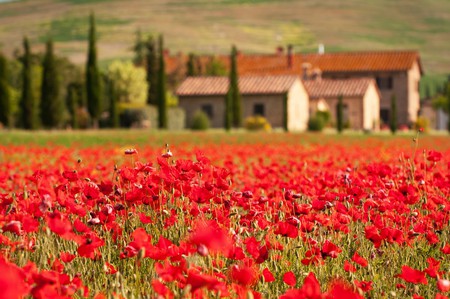 From mid-April to around mid-May, Holland erupts into tulip heaven. Holland has long been the perfect country to cultivate these beautiful blooms, with its cool nights and well-drained soils. At the Keukenhof Gardens in Lisse, over seven million flowers bloom in springtime, turning the normally beautiful gardens into a rainbow of colours and shapes. Tickets are €17 for adults and the gardens are free for children under four. 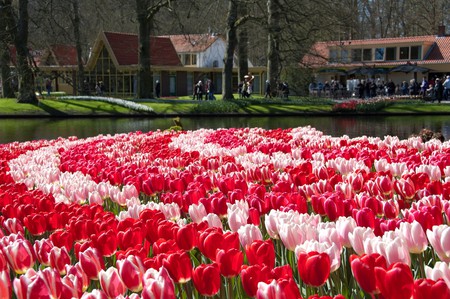 Sunflowers can be found all over the South of France, thanks to this plant’s love for all that is warm and sunny. The beautiful Dordogne region is where you’ll see rolling hillsides of sunflowers in late June and from there, all the way down to the Mediterranean coastline. 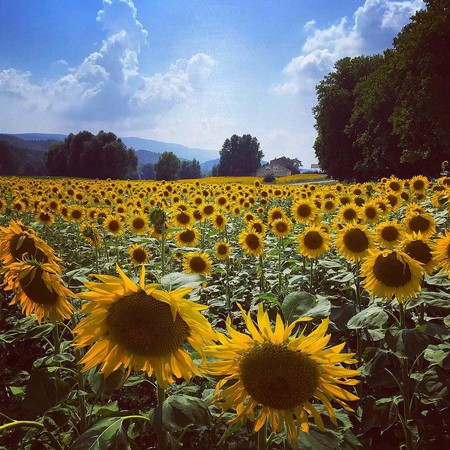 Edelweiss grow at a high altitude, usually among craggy rock faces, and so you’re only likely going to see this beautiful simple flower if you’re hiking high up in Switzerland and Austria. Edelweiss is covered by dense hair, which helps collect thousands of tiny air bubbles and it’s because of these air bubbles that Edelweiss appears to glow sometimes in the sunshine. This symbol of the Alps is a protected flower, so no picking them! The hiking trails around Zermatt near the Italian border are where you’ll most likely spot Edelweiss from around July until September. 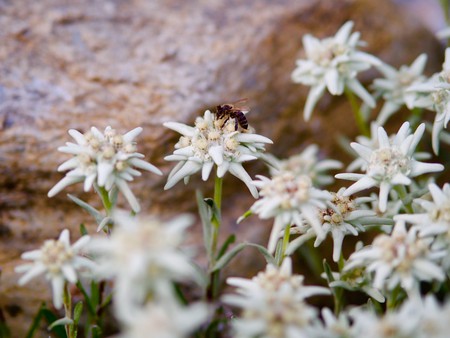 There’s no more England sight than a bluebell wood. There are lots of locations throughout England to wander through these pretty purple-blue hues. Blickling Estate in Norfolk – and its Great Wood – is often considered one of the best locations in the country to see bluebells. Dartmoor National Park’s wild setting is the perfect place to hike among the spring flowers, especially around Holwell Lawn. Finally, Hatchlands Park in the Surrey Hills will definitely delight with its bluebell carpet ready to stroll. 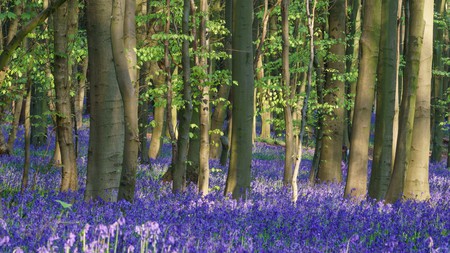 Springtime is definitely one of the best times of year to visit Crete. The island comes to life in colour and fragrance as over 1,700 species of wild flowers and plants rear their heads again after the droop of winter. Turn your back on the towns and urban areas and enjoy some early spring sunshine alongside the wild herbs and blooms from the coast all the way up to the mountain meadows. 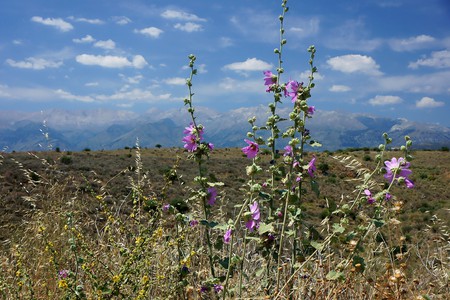 The almond blossoms in the southern region of Andalusia in Spain are some of the most striking thanks to their backdrop. The undulating hills, dirt ground and mountain peaks make for the most dramatic yet ethereal setting. Focus on the Alpujarras region and go as soon in the year as you can to see the best coverage. 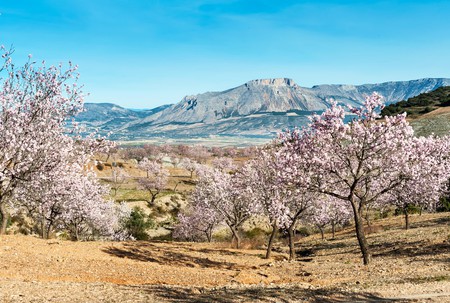